Pakistan will send first astronaut into space in 2022: Fawad Ch 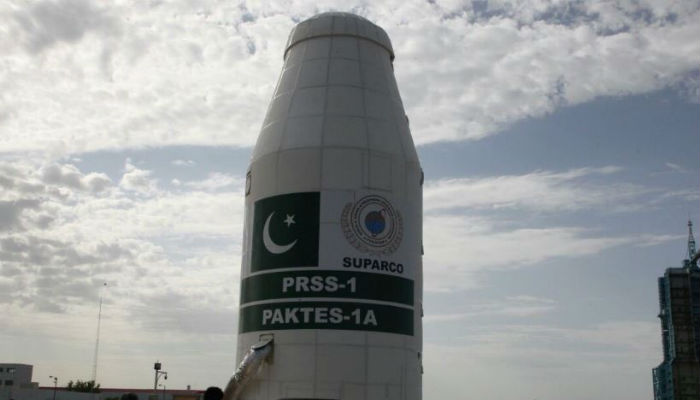 ISLAMABAD: Information Minister Fawad Chaudhry on Thursday said that Pakistan with the help of China will launch its first space mission in 2022.

The information minister in a press conference said that Pakistan’s first space mission has been planned for 2022 and the Federal Cabinet meeting chaired by Prime Minister Imran Khan approved the plan.

Fawad said that an agreement between Pakistan Space and Upper Atmosphere Research Commission (SUPARCO) and a Chinese company has already been signed in this regard.

Earlier this year, Pakistan had launched two indigenously built satellites into orbit, using a Chinese launch vehicle.  Both satellites were launched onboard a Chinese Long March (LM-2C) rocket from the Jiuquan Satellite Launch Centre located at the Gobi desert, China.

PRSSI, one of the two satellites launched was a remote sensing satellite which is used for a dual-purpose earth observational and optical satellite.

The second test satellite launched was a PAK-TES-1A, developed by SUPARCO to enhance satellite manufacture capabilities in the country which would help end Pakistan’s dependency on commercial satellites for information related to weather, environment and agriculture.

The satellite, which has a designed life of seven years, is equipped with two panchromatic/multispectral cameras, with a resolution up to a meter and a coverage range of 60 km.