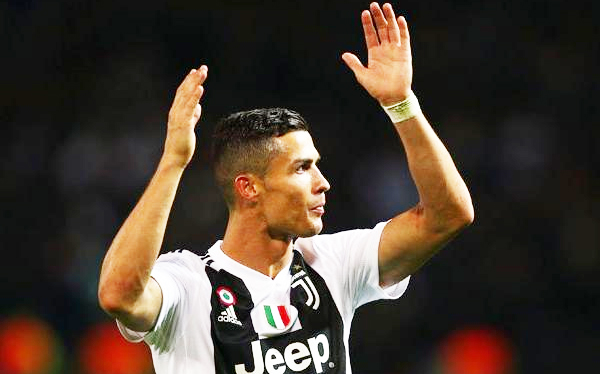 Juventus forward Cristiano Ronaldo was the last person to leave the pitch after his club defeated his ex-club Manchester United 1-0 at Old Trafford in UEFA Champions League on Wednesday.

Despite losing a crucial group fixture against Juventus, the United fans were happy to see Ronaldo return ‘home’. As he was walking into the tunnel at the end of the game, the entire stadium sang praises and chanted his name repeatedly as tribute for his services to the club during his time.

The Portuguese was humbled to receive such a warm reception and kept on placing his hand on his chest as a sign of unconditional respect for the fans.

It was not a good night at the office for Manchester United as they not only lost, but were dominated for most of the match with Juventus enjoying more of the possession and shots on goal. Forward Paulo Dybala scored an early goal in minute 17, which proved to be enough for the visitors.

Ronaldo had a couple of great opportunities to double the lead, but United shot-stopper David De Gea made some crucial saves to minimise the damage.