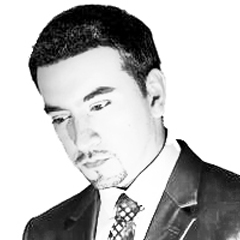 Pakistan is in the list of top six countries most affected by global warming. It ranks among the most polluted countries in the world

Singapore is the third most densely populated country. It is known for its warm climate, high quality of life, vibrant economy and the Merlion. Another aspect that sets it apart is its efforts towards building a green economy. 40 percent of its water demand is met through recycled water, fit for human consumption. It is controlling carbon emissions by shifting to gas fired electricity and placing a 20 percent tax on large direct emitters. Investing heavily in energy efficiency and smart buildings, Singapore aims to have 80 percent of its buildings as green certified by percent.

The importance of mitigating global warming, by countries including Singapore, is substantiated by the recent, devastating Tsunami and earthquake that hit Indonesia in September. It killed 2000 dead, injured 2500 and left some 75,000 people displaced. The catastrophe emphasizes the need of Paris Agreement and Sustainable Development Goals 2030, of which at least six deal with climate change and global warming in one way or the other. Being a signatory of the SDGs, has Pakistan really been working towards countering the effects of climate change?

The Billion Tree Tsunami was launched in 2014, by the PTI led Government of KP. The reforestation campaign was to plant a billion trees in five years with a total cost of USD 169 Million. It has surpassed its commitment of 348,400 hectare to the Bonn Challenge. The World Economic Forum has termed it as an example for other countries to follow and has contributed to the local labour market and economy.

A truly commendable campaign, that succeeded, despite all odds; in cluding political opposition. But much more needs to be done. Here is why:

Pakistan is in the list of top six countries most affected by global warming. It ranks among the most polluted countries in the world with an average fine particulate matter (PM2.5) concentration of 115.7. The country’s total forest cover is between 2 percent-5 percent of land area. This is way below UN’s recommended 12 percent and among the lowest levels in the region. By estimates, Pakistan is likely to experience a drought in the next decade as water scarcity becomes grave.

Besides air pollution effecting health, climate change means melting down of glaciers at a speed faster than snow accumulation causing flash floods, loss of agriculture output and soil erosion. In simple words, the food chain is strained, therefore, not leaving enough for the next generation. In addition, being an agriculture-based economy, with agriculture contributing 24 percent to the GDP and absorbing 45 percent of the labour force, the sector receives a major setback with negative socioeconomic conditions.

The global community is tackling global warming in different ways. For example, to reduce its carbon footprint, some European countries including Denmark and Netherlands are encouraging the use of bicycles as a main mode of transport.  Others such as France and Ireland have taken measures to discourage use of plastic by placing a ban and tax respectively. Therefore, encouraging the use of biodegradable bags instead. Kerala, India’s south-western coastal state, for example, is converting to renewable energy. Its Cochin International Airport that serves 10 million passengers annually is now fully powered by solar energy. Not only has it reduced power related emissions by 30,000 metric tons (equivalent of planting three million trees), but also lowered its cost by approximately USD 16,000 per month. The state is now advising other countries including Ghana and Liberia in doing the same.

Let’s see how our neighbouring China, which is among the largest contributors to carbon emission, is contributing towards climate change. China has emerged as a Super Power with the strongest industrial economy but is also the country to be worst effected by global warming and climate change. A million people are estimated to die every year due to air pollution in China. However, it is now coming up with innovative solutions to counter it. In 2014, President Li Keqiang declared “war on pollution”.

Taking emergency measures, it developed a national air quality action plan. Subsequently, a prohibition was placed on new coal-fired power plants and existing plants were told to reduce their emissions. The number of cars on the road in some of its busiest cities, including Beijing and Shanghai was restricted. The country also reduced its iron- and steel-making capacity and shut down coal mines.

Four years on, the concentration of fine particulates in its cities’ air has reduced by 32 percent on average. It’s residents nationally can already expect to live 2.4 years longer on average if the declines in air pollution persist. China has now sided with EU for collective efforts towards climate change and clean energy.

Coming back to Pakistan. The incoming government has launched a nationwide Clean Green Pakistan Campaign. Agenda: making Pakistan pollution free and countering the effects of climate change. It is simple – we need to save the planet for our future generations. We need to conserve water, protect our environment and make the land clean for human living. As is widely expected from the PTI-led government, it will continue taking measures so the state remains a key stakeholder. But much more has to be done – much more has to be done at a faster rate which shows short-term conservation as well.

Pakistan is a cash-strapped economy. We need to innovate and make use of technological solutions to overcome challenges. For example, to make our food chain sustainable, the agriculture sector has to be made more efficient and sustainable. Facilities such as controlled solar-powered water channels and computerized management of crop fertility, is likely to reduce crop loss. To overcome the growing challenge of energy and power, measures can be taken on a small domestic level. These can include use of solar-powered stoves and geysers, and engaging in methods of local renewable energy and recycling. By better utilizing rooftops, a space that largely goes unoccupied, the domestic heat system can be naturally managed, lowering the need of energy.

This is exactly where entrepreneurs, technology and innovation has a challenging role to play. Can start-ups identify the opportunity and take a deep plunge? The government is all set to experiment and take big decisions to fight climate change, are entrepreneurs ready?

The Writer is the Chair of UNCTAD – Commonwealth Entrepreneurship Project in Pakistan & CIO Superior Group.