Next IMF deal will be Pakistan’s last: Asad Umar 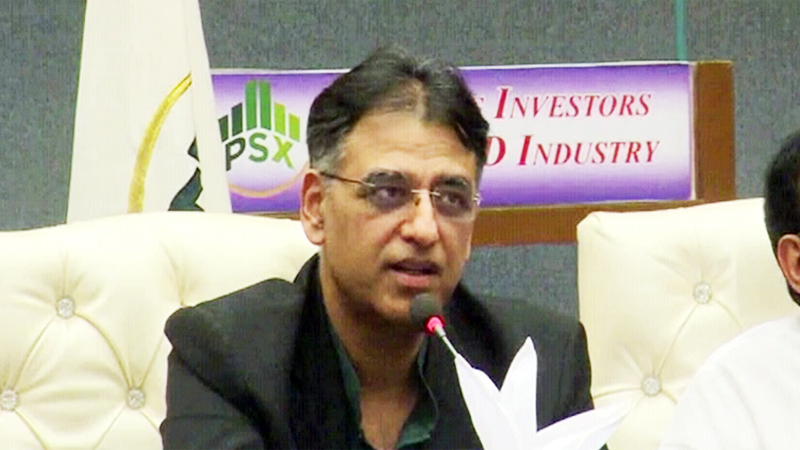 Finance Minister Asad Umar Saturday said that the next International Monetary Fund (IMF) programme would be the Pakistan’s last.

Talking to a delegation of stakeholders of the Pakistan Stock Exchange, the finance minister said, “The government is striving hard to put the economy on track and it needs concerted measures, which are being under consideration.”

He claimed that the next bailout package, that Pakistan is pursuing, could be one-time borrowing.

Umar said that Pakistan’s economy was on the road to recovery and all corrective measures to bring macro and micro indicators in place would be taken. “It will take some time and we should keep our hopes positive and take this situation in a cohesive manner.”

The minister said that there was ample room for growth in stock market but it also needs collective measures to improve market’s performance. To a query, the minister said that he wanted to meet stockbrokers in order to dispel their impression that government was not aware of the recent turbulence in the stock market. “We will work for betterment of capital market and improve overall atmosphere for investment, but at the same time, steps should taken in the direction to purify business from all ills. Stock market’s destiny is directly linked with country’s economic health and if economy will grow, the market will also grow,” he maintained.

The finance minister defended his policies aimed at curbing imports, saying: “The country was heading rapidly towards bankruptcy. I have to save Rs 210 million.”

He said that his ministry had taken swift measures to curb imports, otherwise domestic unit versus dollar would had been devalued by 100 percent or even more instead of just declining around 27 percent.

“The country has around $18 billion deficit and $9 billion of debt repayment is on the card this year, which brings total to $27 billion… we cannot afford this,” he added.

“Of course, segments of society will have to bear this pain but if I ignore this financing gap then consequential pain of that will be far greater than that of our current policies,” he maintained. “After taking monetary and fiscal measures, our financing gap for this year will be of around $12 billion, he said, adding: “That much of amount we are trying to resolve through a package, which will include one-time inflow as well as elements of trade financing.” The first quarter’s data shows that exports are increasing while imports are on decline along with the remittances that have been grown by 13 percent. That means fundamentals are moving in the right direction, Umar said.

The finance minister told the delegation that the new policies might seem tough but they had started mending the economy. The economy’s fever has started subsiding,” he said. “Pakistan’s average monthly current account deficit for May, June and July 2018 stands at $2 billion. The numbers for August and September have not been released yet but according to my estimates they should be down to nearly around $1 billion. This is half of what we used to incur and it shows that issues are coming under our control,” he opined.