Investing in Zero Hunger in Pakistan

You can start by looking at what you eat in one day and compare that with the Pakistan Dietary Guidelines for your age group and if there is anything you should change; seeing how much food and water goes wasted in a day in your home and what can be done to reduce it

World Food Day this year calls upon us to take timely action for achieving Zero Hunger by 2030. This year’s theme is ‘Our Actions are our Future; A Zero Hunger World by 2030 is possible’ reminds us of the need to ensure that everyone has access to safe, affordable and nutritious food at all times to live a healthy and happy life.

According to the latest ‘State of Food Security and Nutrition in the World 2018,’ for the third year in a row, there has been a rise in world hunger. The absolute number of undernourished people, that is those facing chronic food deprivation, has increased to nearly 821 million in 2017, from around 804 million in 2016. These are levels from almost a decade ago. Pakistan in 2015-17 had a Prevalence of Undernourishment (POU – a measure of hunger, is also one of the indicators of SDG 2) in the total population of 20.5 percent. This has barely improved since 2004-06 when it was 23.3 percent, and has actually risen since 2014-16, when it was 19.9 percent reflecting a world-wide trend of increasing hunger. This means the number of undernourished people in Pakistan increased from 35.5 million to 39.5 million (in a three year average).

On the 2017, IFPRI Global Hunger Index, Pakistan ranked at 106 among 119 countries, with a score of 32.6. This level is described as ‘serious’, and is on par with Afghanistan, which ranked 107. By comparison Bangladesh was ranked 88 and India was ranked 100.

Food security is a fundamental element of poverty alleviation. However, achieving food security is a necessary but not sufficient condition to prevent malnutrition and ensure adequate nutrition for all. Understanding the pathways from inadequate food access to malnutrition is important. When there is an uncertain access to nutritious, safe and varied food for a household or an individual, that household or individual is food insecure.

Food insecurity can both – directly, through compromised diets, and indirectly through impact on infant feeding cause child wasting, stunting and micronutrient deficiencies. Recurrent infections and disease are serious contributing factors to wasting and stunting in children. Nutritional knowledge and food habits as well as improved sanitation may play a role by moderating the effects of household food insecurity on diet, health and, consequently, on nutritional outcomes.

The link between food insecurity and overweight and obesity also passes through diet, which is affected by the cost of food. Nutritious, fresh foods often tend to be expensive. Thus, when household resources for food become scarce, people choose less expensive foods that are often high in caloric density and low in nutrients.

The negative effect of food insecurity on diet quality has been documented in low-, middle- and high-income countries alike, particularly in urban settings.

So what should be done? There is need for implementing and scaling up interventions aimed at guaranteeing sustainable production and access to nutritious foods, breaking the intergenerational cycle of malnutrition perpetuated by undernourished girls becoming undernourished mothers at risk of giving birth to infants with low birth weights. Any action plan or policy implementation must pay special attention to the food security and nutrition of infants and children under five, school-age children, adolescent girls and women.

What is a Zero Hunger Program? Key pillars of a Zero Hunger Program are school-feeding programs combined with educational modules on nutrition, hygiene, food preparation and homestead kitchen gardens in rural and peri-urban areas; conditional income support targeting women in the most vulnerable households; knowledge, technology and asset creation (such as quality seeds, modern irrigation systems, processing equipment) and market linkages. Furthermore, including pillars such as nutritional supplements, essential basic services would also be required in the most vulnerable and poor areas. Close inter-ministerial and cross-sectoral coordination among the Ministries of Food Security, Water, Health and Climate Change, and a strong alliance with civil society is also needed.

Zero hunger is a definitive call for a transformation of the rural economy where the majority of the poor are, of food systems, coupled with a change in the diets of households and individual.

What can you do to help? You can start by looking at what you eat in one day and compare that with the Pakistan Dietary Guidelines for your age group and if there is anything you should change; seeing how much food and water goes wasted in a day in your home and what can be done to reduce it; buying directly from smallholder farmers and advocate for Zero Hunger in Pakistan. 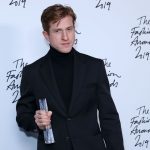 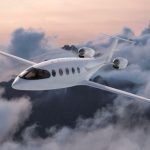 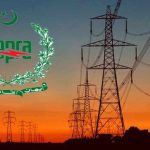 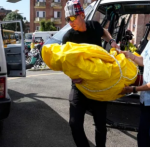 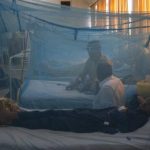 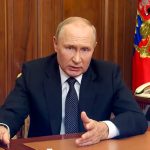 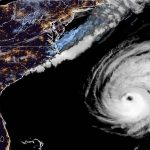