Understanding the dengue fever and its control 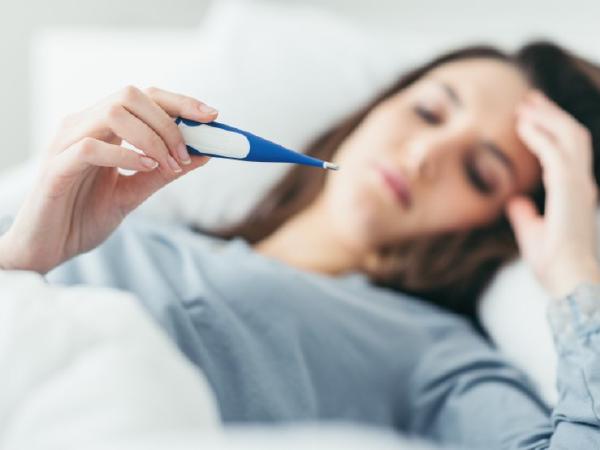 Mosquitoes are extremely re-productive, and it is impossible to eliminate them totally. So, controlling mosquito density is the only choice. Dengue fever is now one of the most common mosquito-borne viral disease in the world. In Pakistan dengue emerged as major concern for public health in the last decade.

The dengue virus comprises five serotypes, DEN-1 to DEN-5 and is transmitted through the bites of two main mosquito vector species namely Aedes aegypti and Aedes albopictus. Globally 50-100 million cases of dengue fever and 500,000 cases of Dengue Hemorrhagic Fever (DHF), resulting in up to 24,000 deaths, are reported annually. Pakistan faced the first epidemic of dengue fever in 1992 in Karachi, and the used tires imported from Thailand were believed to be the source of infection. Since then frequency of epidemics has been observed to rise in Pakistan with 40987 cases of dengue were reported with 490 deaths during year 2006-11. Among these five years, the year 2006 and 2011 were more lethal because almost 300 patients died of dengue in Lahore.

The deadly virus started to spread in different parts of the country from Karachi to Lahore, Peshawar, Rawalpindi, Multan and other cities with severe to mild outbreaks. In August 2013, dengue revealed its presence in Kyber Pakhtun khaw province of Pakistan affecting more than 7000 people with 26 deaths. The situation in Lahore got better after 2011 in coming years but in year 2013 Rawalpindi with 1100 dengue cases topped Punjab province. The dengue count kept on increasing with 1406 cases in year 2014. But that was not the end of story and next year dengue not only struck Rawalpindi even more worse with 3900 dengue cases, including seven deaths but also 1000 dengue cases were reported from Multan. The infection continued and till today reports of dengue cases are coming from different parts of the country. Health authorities are implementing stronger and wider preventive measures to cut mosquito density and to prevent the spread of infectious viruses. The question is, why dengue is still spreading after efforts and resources of the all provincial governments especially Punjab that led from the front in Anti-dengue drive in the past.

To get the answer one needs to understand the tiny creature which transmit dengue virus to humans i.e., the Mosquitoes. Pakistan is habitat of about 30 known species of Aedes, and Ae. aegypti has repeatedly been incriminated as a primary vector for dengue worldwide. The culprit, Ae. aegypti is a Cosmo tropical species that loves to breed in fresh water containers around houses and within houses. Pakistan as a whole is one of the most susceptible countries to epidemics of dengue. The conducive-climatic condition is the reason that offers suitable breeding grounds for the Aedes mosquitoes. In addition, there are other problems such as erratic water supply (that forces the population to store water in containers), poverty, and illiteracy/low education levels, all of which lead to poor sanitation. These factors are further precipitated by the population and its density produce ideal conditions for high mosquito densities. Aedes mosquitoes become more active during dawn or dusk, with peak density in July to September. Only female Aedes aegypti feed on blood for egg production and lays its eggs in natural and artificial water-holding containers placed close to or within houses, including traditional water tanks, fountains, bird baths, and almost any containers that hold fresh water. Research showed dengue mosquito in Rawalpindi prefers to breed in Air room coolers, roof top and underground water storage tanks, discarded tires and urban trash.

The best plan of action to prevent the disease from spreading is to control the vector populations as there is no vaccine or specific treatment to combat this disease. Chemical control is the most common method employed worldwide but it must be used wisely. As the indiscriminate use of chemical insecticides can gradually develop resistance in vector mosquitoes leading to the use of more and stronger pesticides, which can seriously harm the environment. The consensus among pest control experts has been that long-term and excessive use of pesticides can make pests stronger. And extensive pesticide use not only kills natural enemies of mosquitoes such as spiders and frogs, but also damages a city’s biodiversity. Authorities should abandon their sole reliance on chemicals to control pests and employ more advanced pest control methods that can also protect the environment. Although vector control through chemical or biological targeting of mosquitoes and removal of their breeding sites is at the core of dengue prevention, but this approach has failed to stop disease transmission in almost all countries where dengue is endemic. Section of World Health Organization (WHO) dealing with control of vector borne diseases (VBDs) emphasized on integrated vector management (IVM) to control disease vectors and to ultimately reduce disease burden. In October 2014 WHO-Pakistan arranged a sub-regional workshop in Islamabad under Eastern Mediterranean region office (EMRO) on IVM in which representatives from all the provinces of Pakistan and from abroad were invited to sit under one roof and design a multi-dimensional vector control strategy. That was a start towards a right direction and is needed to be revived and followed up. Moreover, IVM include cooperation and participation of not only the government arms but also the public which can contribute towards the concept of healthy cities. Improvement of the environment and living conditions are the key to prevent several infectious diseases including dengue.

Improving a couple of fundamentals can shift the situation in our favor. Consistency in policies and capacity building are the two main attitudes that can help in implementation and innovation. The general public and government are somewhat sensitized to dengue and they accept it a threat, as a result intense government drive to eradicate it make some progress in containing this virus. However, once the number of deaths and affected patients go down, the government moves on to other issues as forgetters. It’s not only the government but also the public that remain no longer adhere to the rules of the government, and take no preventive measures in their own homes to stem the spread of dengue.  Same is the situation with the dengue surveillance staff as most of the field staff is either rented from other sections of the health department or are newly untrained recruits. The vector control experts (Medical Entomologists) are responsible for designing a vector control strategy other than the set standard operating procedure (SOPs) to meet the town/UC level needs. The vector control experts are not easily available in number as needed and the remaining vacant seats are being filled by the agriculture entomologists who are not relevant but performing to their best. Back in 2006 WHO-EMRO office along with USAID took an initiative and funded to start a Post graduate diploma (PGD) and later, Master of Science (MS) in Medical Entomology and disease vector control (MEDVC) to produce vector control experts in Pakistan. The project materialized in 2009 when Health services academy, Islamabad (in past was an affiliated institute of Quaid-i-Azam university, Islamabad) successfully admitted first batch of students from all areas of Pakistan for PGD-MEDVC. After 2015 the funds dried off and the production of medical entomologists (vector control experts) also stopped with a complete cessation of research in this field. There is an urgent need for an institute that produces medical entomologists and provides qualitative research facilities relating to this field and to meet the threat of this monster-dengue and other vector borne diseases once and for all.