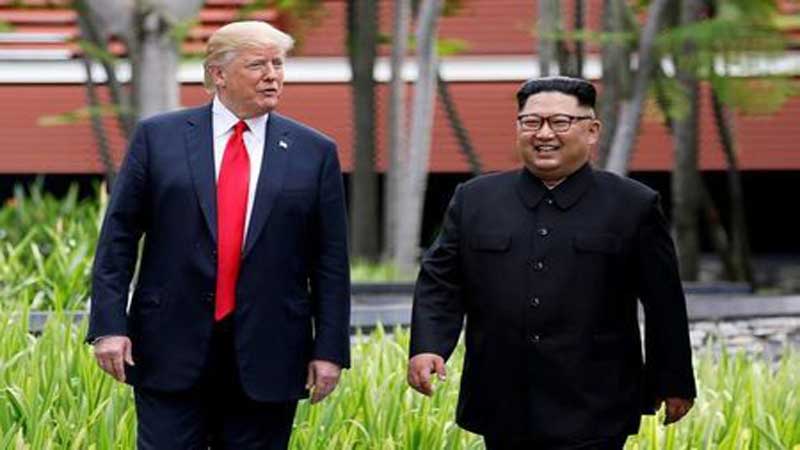 The bookies’ odds point towards the Koreans, or Donald Trump. The experts are betting on the fight against sexual violence or defenders of the press. But all speculation ends Friday when the Nobel Peace Prize is unveiled in Oslo.

At 0900 GMT, the annual Nobel prize-giving week reaches its peak as the five-member Norwegian committee ends the guessing game by announcing this year’s winner.

And anticipation is likely to be heightened after the postponement of this year’s Literature Prize for the first time in 70 years over a rape scandal that came to light as part of the #MeToo movement which took off exactly a year ago.

This year, a total of 331 individuals and organisations were nominated for the prestigious peace award, almost a record number. But with the list a closely guarded secret, guessing who might be a contender is largely a game of chance.

Among the bookmakers, the choice was largely unanimous with North Korean leader Kim Jong Un and his South Korean counterpart Moon Jae-in frontrunners for the prize for their efforts at rapprochement between the two nations.

But choosing Kim may be a step too far for the Norwegian committee, given the UN’s damning verdict on North Korea’s “long-standing and ongoing systematic, widespread and gross violations of human rights”.

Another unexpected favourite is Donald Trump, who at 7-1 is one of three frontrunners flagged by online bookies Betsson, with the odds suggesting the bombastic American president is 10 times more likely to win than figures like France’s Emmanuel Macron or Russia’s Vladimir Putin.

Taking a step back from the international spotlight, several Nobel experts see the prize honouring those involved in the fight against sexual violence at a time when the aftershocks of the #MeToo movement are still making waves around the globe.

A top contender would likely be Congolese gynaecologist Denis Mukwege, better known as “Doctor Miracle”, who has spent two decades helping women recover from the violence and trauma of rape in war-torn eastern Democratic Republic of Congo.

Another possible laureate is Nadia Murad, a 25-year-old Yazidi woman who was kidnapped by Islamic State militants in 2014 and endured three months as a sex slave before managing to escape.