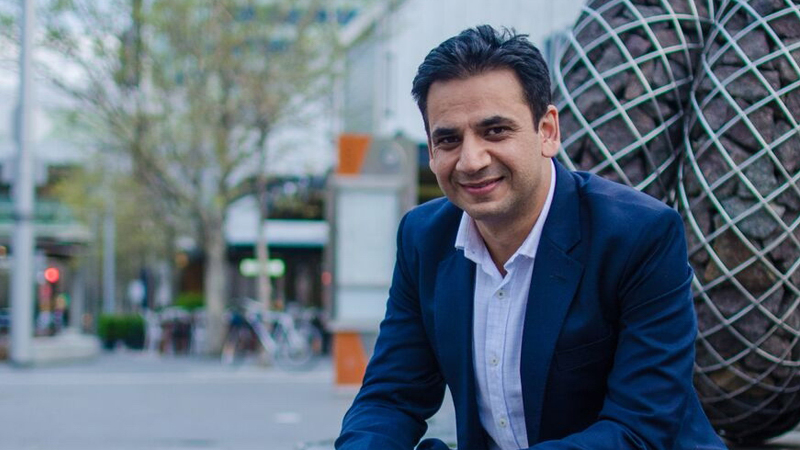 A graduate of the Canberra Institute of Technology, Hassan Bajwa is a well-known director of short films, commercials, and music videos in Australia. After making a name for himself down under, the talented, young filmmaker is all set to return to his native Pakistan and start work on three feature films. In an exclusive interview for the Daily Times, he talks to Ally Adnan about his education in filmmaking, the award-winning short film, ‘Centerpiece,’ the future of Pakistani cinema, his love of cinema, and the three films that he plans to make in the near future.

You studied filmmaking for two years at the venerable Canberra Institute of Technology in Australia. How has the formal education benefitted you as a filmmaker?

My education in the field of filmmaking has helped me in several ways. It has helped me acquire basic filmmaking skills, polish my innate storytelling skills, and bring a certain finesse to my work. It has also given me a lot of confidence and helped me become a member of the international filmmaking fraternity. Most importantly, it has helped me identify my strengths and weaknesses as a filmmaker; the knowledge is essential to grow, improve and evolve.

Your 2016 short film, ‘Centrepiece,’ won a lot of awards and accolades. How did you come up with the idea of making a film about a forty-year-old country veterinarian?

I made ‘Centerpiece’ to overcome my fear of directing a comedy. I had always felt that making a comedy would be a difficult and tough task. I decided to make a funny short about a middle-aged man trying to reclaim the lost pleasures of his youth, primarily, to take on the challenge of making a comedy and, secondarily, because I thought the story was charming. I took it to my cinematographer, Adam Lynch, and producer, Janine Kaiser, who loved the concept and got on board as co-writers. The final screenplay was written by the three of us. The film turned out quite good and won a lot of praise. Thanks to ‘Centerpiece,’ I no longer find the comedy genre daunting.

The celebrated Australian cinematographer Adam Lynch shot ‘Centrepiece’ and has since worked with you on several projects. What is the secret behind the successful partnership?

The partnership is successful because it is based on mutual respect, trust and understanding. Adam and I have worked together on a large number of projects and got to know each other very well. Our skills are largely complementary and come together very well in the creation of films. Adam has an uncanny ability to bring my directorial vision to life with great accuracy, style and confidence. It is blessing to have found a cinematographer who can do that. I do not see myself working with any cinematographer other than Adam. He is one of the very best.

Adam Lynch is a partner in your production company, Sky Pictures. Who are the other members of the team?

“I may make films in Australia, or elsewhere, in the distant future but, for now, Pakistan is where I want to launch my career as a maker of feature films”

You have made short films, music videos and commercials in the past but are now planning to direct feature films. What precipitated the move?

It had always been my desire – and plan – to make feature films. Short films, music videos and commercials, albeit fun and rewarding, were milestones along the way. Like all good directors, I consider myself to be a storyteller and believe that feature films are the best vehicle for telling stories. No other medium comes close.

You have announced plans to make three feature films in Pakistan, during the next couple of years, even though most of your work as a filmmaker has been done in Australia. Why have you chosen Pakistan instead of Australia to make your feature film debut?

I want to make my first few feature films in Pakistan for several reasons. One, I am, first and foremost, a Pakistani and, in spite of having lived in Australia for a very long time, retain my national sensibilities and beliefs. Two, the burgeoning business of making films in Pakistan is very attractive and offers filmmakers great opportunities for being daring, creative and, if you will, audacious. Three, I strongly believe that the Pakistani film industry is poised to become one of the biggest and brightest in the world. Give it a few years, and it will rival both Iran and India. I may make films in Australia, or elsewhere, in the distant future but, for now, Pakistan is where I want to launch my career as a maker of feature films.

It is very brave to launch your moviemaking career with not one or two but three feature films. Are you concerned that it may be a bit reckless?

Yes, I am a little concerned but like to think I am being daring and not reckless. The films will not be made simultaneously. I have prepared production schedules very carefully. The timelines are realistic. I think I will be successful in making three feature films in the next three years.

‘Dangeroustan’ is a family drama that deals with dynamics of familial relationships in Pakistan. It explores the social, cultural and emotional elements that make family the core institution of Pakistani society.

‘Yaarian’ is thriller that deals with the moral bankruptcy and corruption of Pakistani society. It tells an exciting story that highlights one of the major ills afflicting our country today.

‘Tanhaii’ is a coming of age story of a young man who evolves after the unexpected death of his father and realises that the world is not what it seemed to be when he lived in the protective care of his father. The film explores the psyche of its young protagonist as he discovers the truth of the relationships in his life.

Which of the three films is likely to go to set first?

I believe that it will be ‘Dangeroustan.’ Its theme and subject are very relevant today and will resonate with Pakistani filmgoers.

Have you begun the casting process for your films?

I wrote ‘Dangeroustan’ and ‘Yaariyan’ with specific Pakistani actors in mind. I am talking to them currently and am glad that they are enthusiastic about my films. Pakistani actors, it seems, are looking to play well-written characters in quality films.

The style of making films in Pakistan is quite different compared to the one in Australia. Do you think you will have any trouble adapting to the Pakistani way of doing things?

I agree that the style of making films in the two countries is very different, but I have not been gone from Pakistan for too long. I still know how to get things done in Pakistan. I am not worried about it.

Getting ready to make feature films is not an easy task. What challenges have you faced thus far?

The only challenge that I have faced thus far is finding the “right producers” to finance my films.

What do you mean when you say the “right producers”?

Producers who understand and appreciate my vision, who believe in giving filmmakers creative freedom, and who are willing to invest in our fledgling industry. 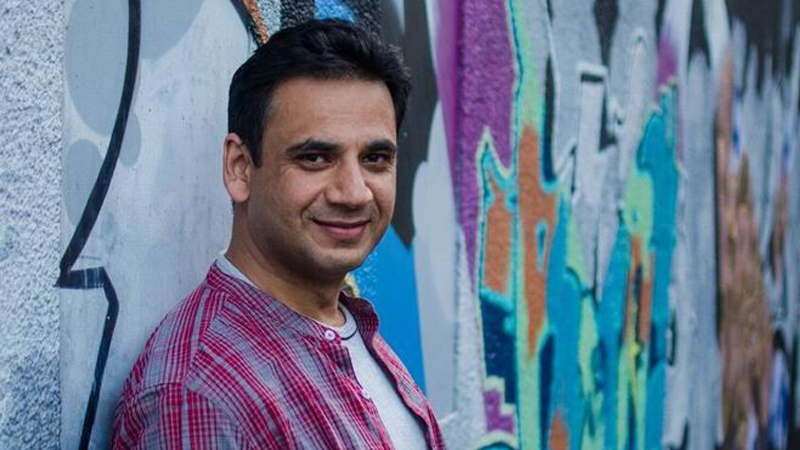 Which filmmakers have influenced your directorial style?

Martin Scorsese, more than anyone else. He is one of the most important and influential filmmakers in cinematic history. He has great facility in extracting the best performances from his actors. Viewers develop deep connections to characters in his films and begin to care for them deeply and acutely. His storytelling style is extremely engaging. I am drawn to the themes – guilt, crime, faith, redemption, machismo, false bravado, gang life, and human psychology – of his films. I love his use of freeze frame, slow motion and tracking shots. His distortion of perspective while shooting the fight sequences in Raging Bull was masterly. I do not think that a greater filmmaker has ever walked this earth.

Are there any others?

Yes, Quentin Tarantino, Steven Spielberg, Francis Ford Coppola, Milos Forman and Tom Ford, to name a few. I love the work of Indian filmmakers Anurag Kashyap and Kabir Khan. Amongst Pakistanis, I am very fond of the clean, assured directorial style of Nadeem Baig. I have enjoyed watching his films.

What are your strengths as a filmmaker?

I love to tell stories and believe that I do it well. I populate my films with interesting, fleshed out characters. I give actors a lot of room to invent, improvise and explore the characters that they play. I am easy to work with and a team player. I am able motivate people – the cast and the crew of a film – to do their best. Most importantly, I am committed to the art and craft of cinema. I believe that film is the greatest of all storytelling media and celebrate its virtues in my films.

The writer lives in lives in Dallas and writes about culture, history and the arts. He tweets @allyadnan and can be reached at allyadnan@outlook.com.