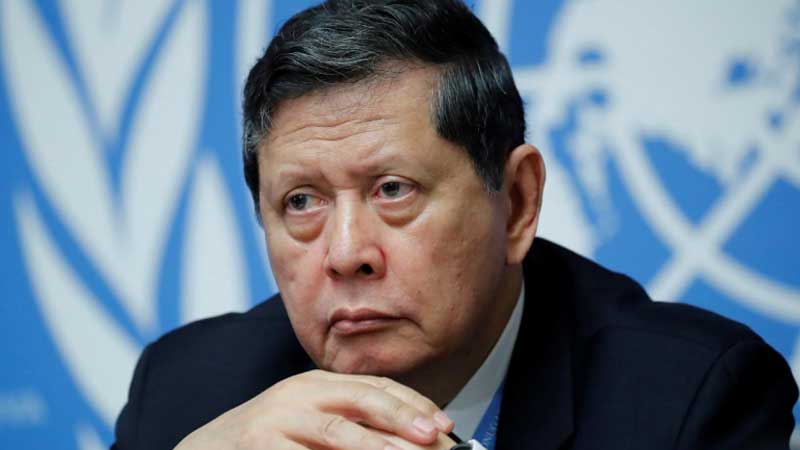 Myanmar’s democratic transition has ground to a standstill as authorities seek to silence critics while allowing hate speech, particularly against Muslim Rohingya, the head of the UN human rights mission said on Tuesday.

Marzuki Darusman, chair of the UN Fact-Finding Mission on Myanmar, denounced what he called “the extreme brutality of the military” known as the Tatmadaw as he presented a report that Myanmar’s envoy dismissed as one-sided. The panel was presenting its full 440-page report to the UN Human Rights Council after a summary issued on Aug. 27. That said Myanmar’s military carried out mass killings and gang rapes of Rohingya with “genocidal intent” and called for commander-in-chief Min Aung Hlaing and five generals to be prosecuted for the gravest crimes under international law. Myanmar’s government dismissed that summary at the time and said the international community was making “false allegations”. The military did not comment and Reuters was unable to contact the generals named in the report. Myanmar’s ambassador, Kyaw Moe Tun, rejected the panel’s findings as “one-sided” and said his government did not recognise its mandate.

“Not only is this report detrimental to social cohesion in Rakhine state, it also undermines the government’s efforts to bring peace, national reconciliation and development to the entire nation,” he told the forum. Darusman said on Tuesday that there was “no law and no institution in Myanmar that is above the Tatmadaw” and called for an end to what he called its “complete impunity”.

Democracy depended on authorities that accepted scrutiny and fought against hate speech and misinformation, he said. “In this regard, the democratic transition in Myanmar has barely begun and now it is has come to a standstill,” he added. Darusman said that the military crackdown in Rakhine in August 2017 – following insurgent attacks – had led to a mass exodus of nearly 750,000 Rohingya to Bangladesh, the deaths of at least 10,000 people, and the destruction of more than 37,000 Rohingya homes and structures.