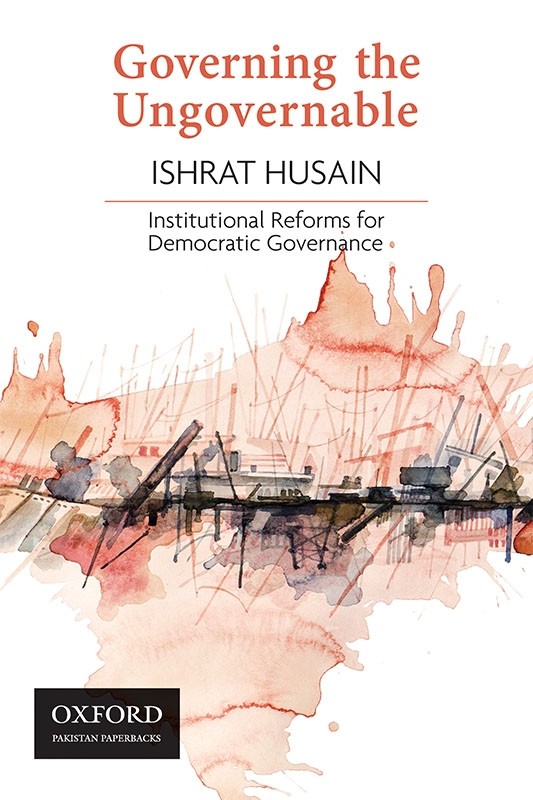 The government system Pakistan inherited from British colonial rule is not only outdated but has deteriorated over time. Pakistan failed to transform from a conventional colonial bureaucracy to a creative one. The book, “Governing the Ungovernable,” by Dr. Ishrat Hussain points out flaws that led to the government’s fall. Hussain proposes a comprehensive reforms agenda for institutions ranging from the civil bureaucracy to the private sector.

The better the governance, the higher the economic growth rate, Hussain says. The economic growth during military regimes was not due to foreign assistance but due to better governance, he adds. Poor performance of the education and health sector isn’t due to lower allocation of budget, but because of poor governance. The combined budget of the health and education sector as a ratio of the growth domestic product is now higher than the military-to-GDP ratio. It’s a myth that Pakistan is a garrison state and needs to spare budget from the military.

Hussain argues Pakistan’s bureaucracy for the first 30 to 40 years was better than that of todays’. But Pakistan’s changed over time – becoming more complex – and its people expect more from the government. It’s not fair to compare a 21st century Pakistan with that of the 1960s.

There’s a disconnect between the society and state, Hussain says. “We have developed a unique tendency to disbelieve and discount any good news about our country or people and to exaggerate the negatives beyond all proportions,” Hussain writes.

Facts have become difficult to distinguish from fiction, Hussain says. Even the educated class has opted for comforts of ignorance and skepticism. The youth lacks confidence in their abilities, resulting in indifference, inaction and unwillingness to participate in contributing to our country. Instead, they’re searching for a redeemer who will solve Pakistan’s problems.

Pakistan needs strong local governments, Hussain says, to help citizens and businesses communicate their grievances to the government and hold the government accountable. District governments should get funds depending on need. Equity is more important than equality, because developed districts receive compensation from private sector investments.

Hussain discusses the performance of various institutions, but does not provide any framework for governance reforms. Nevertheless, Hussain’s book is useful for policy makers and young graduates.