Data reveals concrete evidence that many cities are on schedule to achieve 2020 milestone crucial to delivering their share of Paris Agreement goals. 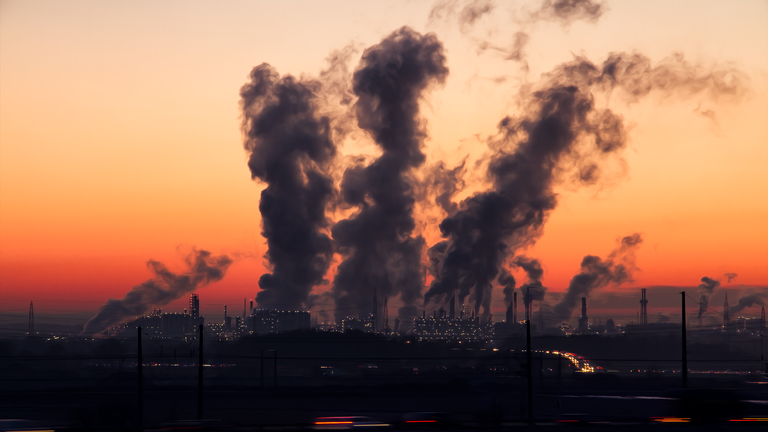 New analysis reveals that the cities have seen emissions fall over a five year period, and are now at least 10 percent lower than their peak. City halls around the world have achieved this crucial milestone, whilst population numbers have increased and city economies have grown.

These 27 cities have continued to decrease emissions by an average of 2 percent per year since their peak, while populations grew by 1.4 percent and their economies by 3 perecnt per year on average.

The world’s leading scientists have calculated that global greenhouse gas emissions need to peak by 2020 at the latest and then come down very steeply. At present, global emissions are still rising. That is why it is so important that many of the world’s greatest cities are bucking the trend and showing that a low carbon world is possible.

C40 & Arup’s Deadline 2020 research, revealed in 2015, what the world’s great cities need to do to deliver on the highest goal of the Paris Agreement, keeping global temperature increase to 1.5°C.

The list of cities, all members of the C40 network of mayors committed to bold climate action, was revealed by mayor of Paris and C40 Chair Anne Hidalgo. The announcement came on the opening day of the Global Climate Action Summit (GCAS), in San Francisco.

Interviews carried out by C40 with senior city officials revealed that the main drivers for cities to achieve peak greenhouse emissions were: decarburization of the electricity grid; optimizing energy use in buildings; providing cleaner, affordable alternatives to private cars; and reducing waste and increasing recycling rates.

The analysis revealed the power of cities to bring down their emissions through bold climate action and investment in sustainable infrastructure and policies. It also revealed the importance of collaboration with national and regional governments and businesses operating within cities, as well as citizens, to deliver the collective action needed to cut emissions.

“It is an incredible achievement for these 27 cities, including Paris, to have peaked their emissions,” said Anne Hidalgo. “As the greatest custodians of the Paris agreement, mayors of the world’s great cities have once again shown that cities are getting the job done.”

“The commitment of so many of my fellow mayors to deliver on the highest ambition of the Paris agreement, and the dedication, I have witnessed from so many cities, businesses and citizens here at the GCAS means many more cities will achieve this key milestone before 2020.”

“To prevent the worst impacts of climate change, we have to cut greenhouse gas emissions even as the population grows,” said Michael R. Bloomberg, UN Secretary-General’s special envoy for climate action and president of the C40 board.

“Cities are showing that it can be done and that the same steps they’re taking to reduce their carbon footprint are also strengthening their local economies, creating jobs, and improving public health.”

To date, mayors of more than sixty C40 cities have publicly committed to develop and begin implementing ambitious climate action plans by 2020 that go beyond national commitments, in order to achieve the highest goals of the Paris agreement at the local level. These plans will see many more cities achieve peak emissions in the years ahead, and become emissions neutral by no later than 2050.

“As the federal administration rolls back critical environmental protections, San Francisco continues to lead in the fight against climate change,” said San Francisco Mayor, London Breed. “Our greenhouse gas emissions peaked in 2000, since then, we’ve successfully reduced them by 30 percent from 1990 levels, while growing our economy by 111 percent and increasing our population by 20 percent.”

“In order to fully realize the ambitions of the Paris climate accord, we must continue to make bold commitments and accelerate actions that reduce emissions and move us towards a clean energy future. That is why, in addition to formally joining the sierra club’s nationwide clean energy campaign, San Francisco is committing to reducing landfill disposal by 50 percent by 2030 and ensuring all of our buildings are net-zero emissions by 2050.”

“The city of Milan is proud to join other C40 cities in announcing the peak of its emissions,” said Giuseppe Sala, Mayor of Milan. “This is the result of no revolution, but of a steady evolution in the life of our city, namely in the way we move around and in the way we reduce, recycle and reuse waste.”

“We see a continuous advancement, that spans over more than 20 years and progressively led to 1 every 7 citizens using shared cars or bikes and to 60 percent of quality separate waste collection. Such significant results could not have been achieved without the engagement and commitment of the citizens of Milan”.

“The mobilization against climate change must be carried on and intensified in order to be successful,” said Valerie Plante, Mayor of Montréal. “This is why Montréal stays its course and increases its efforts to accelerate emission reductions and reach the targets set in the Paris Agreement. Local governments play a major role in promoting innovative urban practices, engaging citizens and organizations, enabling the emergence of sustainable neighborhoods, and in implementing ambitious climate policies.

“With a 24 percent reduction in Green House Gas (GHG) emissions since 1990, Toronto is proud to be a leader on climate change,” said John Tory, Mayor of Toronto. “Reflecting that leadership, City Council in July 2017 unanimously adopted an additional interim target a 65 percent reduction in GHG emissions by 2030 through its TransformTO Climate Action Strategy.”

“From moving to 100 percent renewable energy in our public buildings, to supporting our private partners as they work to reduce emissions, Chicago is showcasing to the world the impact that cities can have on climate change for their residents and for people around the world,” said Mayor of Chicago, Rahm Emanuel. “Chicago is proud to stand with these 27 cities in a continued commitment to achieve the goals of the Paris agreement and will continue to take ambitious steps towards improving our environment while strengthening our communities.”

“After the C40 summit in Mexico, we committed to doing twice as much in half the time,” Lord Mayor Clover Moore of Sydney said. “Greenhouse emissions in the city of Sydney peaked in 2007 and have declined every year since despite our economy expanding by 37 percent. We’ve achieved this because we developed a long term plan with ambitious targets and we determinedly stuck to that plan for over a decade.”

“We have one of the largest rooftop solar programs in Australia, we converted our streetlights to LED and we’re working with industry leaders to reduce their emissions. We lead by example and we partner with businesses and residents to help them on their journey. As the first government in Australia to be certified carbon neutral, our achievements show the impact that can be had at a City level despite shocking inaction from State and National Governments.”

“Thanks to consistent energy policies, Basel achieved peaking emissions,” said Elisabeth Ackermann, Mayor of Basel.” However, the challenge is to further reduce our consumption of energy and resources and to foster renewable energy production. This demands the promotion of new consumption patterns that are based on a combination of efficiency, consistency, sufficiency and innovation.”

“New York City has peaked its emissions and is delivering on Mayor de Blasio’s OneNYC strategy to dramatically reduce the pollution driving climate change,” said Daniel Zarrilli, NYC’s Chief Climate Policy Advisor and OneNYC Director. “The actions being taken by cities around the world are further proof that local governments are leading the way in confronting the biggest challenge of our time. Together, we are taking the bold and decisive steps needed to meet the goals of the Paris Agreement and create a safer, more sustainable future.”

This story was supported by the 2018 Climate Change Media Partnership, a collaboration between Internews’ Earth Journalism Network and the Stanley Foundation.