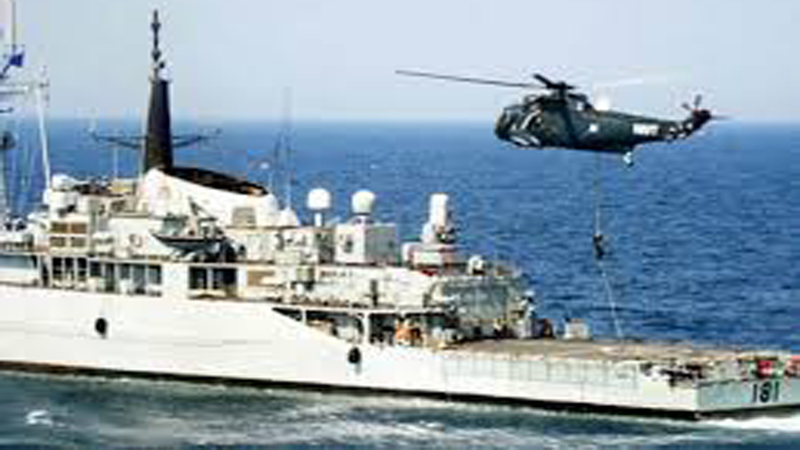 “The drills meant to exchange expertise in order to promote maritime security and stability in the region,” Egyptian armed forces said in a statement.

The giant Pakistani military ship SAIF PNS, along with the Egyptian naval ships, conducted exercises which included inspection of ships and exchange of helicopter takeoff and landing, it added. Egypt also started joint military drills known as the ‘Bright Star’ with the United States of America on Saturday at a military base in Egypt’s seaside province of Alexandria. “Bright Star” is scheduled to be held from September 8 till September 20 and it includes land, naval and air forces from Egypt, the United States, Britain, France, Italy, Greece, Saudi Arabia, the United Arab Emirates and Jordan, in addition to other 16 states that participate as observers. Earlier in April this year, the Pakistan Navy held its maiden bilateral exercise ‘Turgutreis’ meaning drawn sword of Islam with the Turkish naval forces in North Arabian Sea. The exercise covered a wide range of maritime operations encompassing anti-surface, anti-air and anti-submarine warfare as well as manoeuvring and communication exercises.