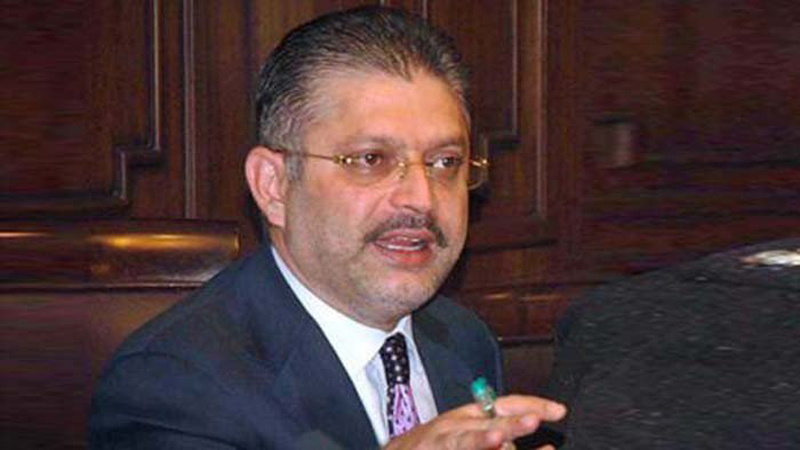 The chief justice arrived in Karachi Saturday morning and before going to the Supreme Court’s Karachi registry for hearing of cases, made surprise visits to three private hospitals and examined the rooms of the political prisoners.

As the chief justice entered the Memon’s room, which has been declared a sub-jail, on the sixth floor of the Ziauddin Hospital, the hospital staff was told to leave. According to the eye-witnesses, the chief justice inquired about the PPP leader’s health, and examined his room. Bottles of liquor, drugs and cigarettes were found from Memon’s room which the court staff confiscated. Later, Memon’s blood samples were also taken for laboratory check-up.

Right after the CJP’s visit, police rushed to the hospital and sealed the room. Police took two people into custody who were present outside the hospital room in connection with the presence of liquor at the room, DIG Prisons Nasir Aftab said. Mohammad Jam, one of the two men arrested by police, told reporters on camera that the bottles did not contain liquor but honey and olive oil.

After surprise visit of Ziauddin Hospital, the chief justice went to National Institute of Cardiovascular Diseases (NICVD) where close aide of former president Asif Ali Zardari and Omni Group head Anwar Majeed, who is under trial in a money laundering case, is admitted.

Upon returning to the Karachi registry, the chief justice remarked, “I found three bottles of alcohol from Memon’s room. The attorney general should visit and see what is happening.”

Meanwhile, while talking to media, PPP lawmaker Syed Nasir Shah claimed the bottles recovered from Memon’s room contained honey and olive oil and not liquor. “We have huge respect for the chief justice.

He himself can get Memon’s medical check-up done. A laboratory test of the bottles would reveal the reality.

A medical check-up of Memon should also be conducted to check whether he had consumed any alcohol.” Shah claimed that Memon recently underwent a surgery and needs to have his bandage changed on daily basis for the next two weeks.

“His surgery is part of the record … the respectable CJP can check the records.”

Shah also demanded immediate release of Memon’s driver and employees who, according to him, were arrested for no reasons.