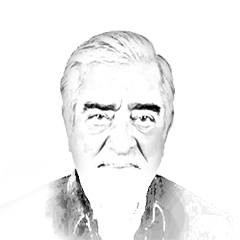 Prime Minister Imran Khan has inherited a troubled relationship. The least offensive way of describing it would be, in Foreign Minister Qureshi’s words, a “trust deficit” relationship. It is nevertheless a crucial relationship. The world is moving towards Multi-Polarity but for the moment, and for some time to come it is not just its military preeminence. The $716 billion Defence Budget which as of 2017 is higher than the budgets of the next seven countries- but also the use of the dollar as the currency for most international financial transactions.

Moreover the passage of all these transactions is through New York and subject therefore to US laws that give the US pre-eminence in the economic realm. Many major trading countries are seeking alternatives through currency swap arrangements etc. However, it would be difficult to visualise a complete erosion of New York’s dominance for the next few years. For us the voting power and influence it therefore enjoys in international financial institutions created at Bretton Woods is important.

I should add that in my view, the Pompeo warning that they would vote against any lending to Pakistan if it was used to repay Chinese loans was aimed not at us but was an effort to bolster the campaign launched against China’s Belt and Road Initiative.

Pakistan and the US have had a relationship which has been spoken of as Pakistan going from being the most “allied of allies” to being the “most sanctioned of allies”. Deputy Secretary Armitage speaking of the US-Pakistan relationship in August of 2001 described the relationship as always being against something and proposed that the time had come to make this a relationship between the peoples of the two countries which would help prevent the “Talibanisation” of Pakistan.

This was a time when only Pakistan and, at Pakistan’s urging, Saudi Arabia and the UAE, recognised the Taliban government in Afghanistan. The UN Security Council had passed a resolution to place an embargo on the Taliban receiving military assistance from abroad and the stationing of UN monitors on Afghanistan’s borders to enforce this embargo-primarily on the Pak-Afghan border was being worked out. Pakistan stood more or less alone as asupporter of the Taliban.

Did this make the Taliban more anxious to address Pakistan’s concerns? Our interior minister went to Kandahar to demand the handing over of Riaz Basra;a Pakistani sectarian killer whose exact location in Afghanistan was also pinpointed. Only to be told that the Taliban did not know that he was in Afghanistan and could not therefore apprehend him.

It is not certain that Armitage’s proposal to build a different US-Pak relationship would have ever materialized but clearly a different relationship came into being when on September 11, 2001 the twin towers were attacked in New York. This attack was attributed to Bin Laden and his cohorts while living in Afghanistan under the protection of the Taliban. It was known to us earlier, but it became known even to others, that even as the Taliban consolidated their power in Afghanistan, our tribal areas had become a sanctuary for both the Taliban and Al-Qaeda. These outfits had been radicalised during the Jihad against the Soviet occupation of Afghanistan from 1979-87.

It was at this point that Gen. Musharraf acquiesced to the American demand and offered the use of our air space, overland routes and even air bases to the Americans as they pursued their revenge against Bin Laden and his Taliban protectors in Afghanistan. This war should have ended once the Taliban were ousted and a new Northern Alliance dominated regime, with a token Pashtun installed as the leader. However it did not. The second installment of this article will explore in detail the mistakes made by the US during this time.

However it is safe to say that the Americans had achieved what they could only have dreamed of. There was nothing more that Afghanistan or for that matter Pakistan could do for them. After a few tentative efforts that we did not encourage they virtually withdrew from what is called the AFPAK region and focused their attention on what they could do to consolidate their sole super power status in Europe, Central Asia and East Asia.

What did we gain? We could complete the work needed to ensure a working nuclear weapon capability while the Americans turned a not so blind eye towards this development but for the rest we have only loss to show for.

The writer is a former Ambassador of Pakistan in Canada, US, Germany and Iran and also served as foreign secretary