4 reasons why Messi is the best of all time 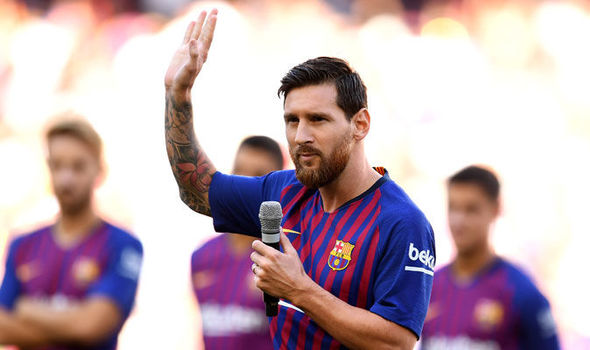 Barcelona captain Lionel Messi is football’s greatest talent. His football skills are on par, or maybe better, than a magician leaving the audience in absolute shock with his tricks.

What the little Argentina can do, nobody else can, and so, here are the 4 reasons why Messi is the greatest of all time.

He can do it all

Literally! He can score goals, provides magical assists and passes, can dribble past an entire eleven and is simply the best at what he does. He can even defend if you want him to, or pull the strings from the center of the pitch. He’s an all-rounder, unlike any other footballer in the world.

Statistically, Lionel Messi is second to none. One might bring in Cristiano Ronaldo to prove otherwise, but the latter has played 200 more games or something like that. Messi has 30 goals less than Ronaldo with 200-fewer games, imagine what his stats will look like in next 200 games? Moreover, he has won it all individually and at club.

At international level, not so, but does it matter? Not really.

One of the things people don’t give Messi credit for is his consistency. He consistency scores and assists and consistently wins games for Barcelona and for Argentina. So much so that if he has one or two bad games, just because he is human after all, his teams tend to suffer.

He is a big match player. Given that he has 28 goals in finals, compared to Ronaldo’s 18, is a proof enough. Like said before, everyone has some bad days, but overall stats are in Messi’s favour. He’s just too good to be true.