Overcoming obstacles on the road to Naya Pakistan 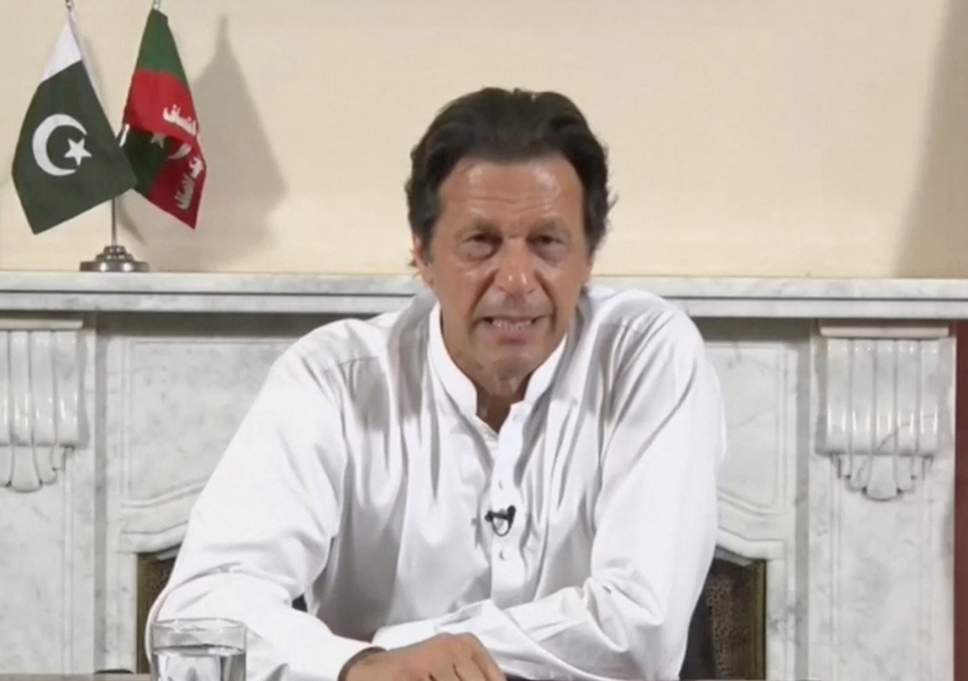 Charles De Montesquieu once whispered this about the concept of good governance within the democratic governments which sets the first-rate rule for any government in any part of the world even in modern days. After going through the process of elections, majority of Pakistanis have given their support to PTI led by Imran Khan for Naya Pakistan.

Although, there have been allegations of pre-poll and post-poll rigging, PTI has emerged as a powerful political party with its schema of combatting corruption and educating Pakistan. For years, PTI struggled to enter power corridors with the youth, and overseas citizen fed up with established political forces of country.

This time, PTI managed to attain the mandatory number of seats to form a government at a federal level. PTI entered the arena, armed with a manifesto that pursued for universal change. People expect drastic change and hopes are high. But, the real mettle of PTI will be determined through how and whether it will be able to combat all these challenges.

One of the primary tasks is dealing with the issue of rigging. A transparent body without the involvement of ECP and other alleged institutions should be setup to remove  grievances of disparate parties. Once the misgivings are cleared, it will boost the morale of PTI rule. PTI chairperson Imran Khan, while delivering his victory speed, showed commitment to resolve all issues internal and external issues with a comprehensive approach. PM-elect Khan has clearly identified areas that require special consideration.

On the domestic front, the government has to tackle a failing economy. The national exchequer is out of balance currently, with the Rupee suffering from degradation in comparison to the US dollar. Foreign reserves are running low and national debts are rising rapidly.

The former government faced criticism of corruption, malpractices, nepotism and lack of transparency. Domestic law and order situation is shabby. Defiance of human rights go unheeded e.g., child abuse, abduction, rape and restraining freedom of expression. Meanwhile, constitutional loopholes and patronage of miscreants by powerful elites add fuel to fire. Rulers themselves set the examples for the masses to follow. These can only be rooted out by terminating discernment and safeguarding supremacy of law.

The pursuit of national cohesion can only begin by deploying resources to real problems including mainstreaming  neglected areas and attending to ethnic conflicts. FATA and Baluchistan need special attention as they have been habitually ignored by preceding governments.

Sectarian violence is another issue which needs to be remedied. Dissimilar religious sects engage in hate speech, invoking illiterate masses to violently pursue their objectives.  Likewise, rights of minorities especially Christians, and Hindus should not be violated. They are all Pakistanis and should be given full right to practice their religion according to the constitution.

Instability and ferocity only occurs when the rights of certain communities or individuals are not observed. Political stability is the need of the hour. This government has to combat this sensitive issue carefully to dislodge institutional distrust and move forward towards progress and prosperity.

In terms of external relations, Pakistan should not compromise at any cost on its sovereignty. Kashmir has driven much of our policies .The solution to this issues is critical for Pakistan’s own stability. In this context, harmful ties with neighboring countries like India and Afghanistan should be swatted. In the nuclear age, no country can afford war. This is an age of peaceful co-existence.

Though international platforms have not done the needful, South Asian nations themselves have to reconcile their differences. As a whole, the region has suffered from poverty, illiteracy and a low standard of life. Reducing military  expenditure can benefit the poor in both India and Pakistan.

Pakistan has to safeguard her own national interest while engaging in the international arena, while strengthening ties with friendly states. The relationship with China should not be bargained for at any cost as CPEC will undoubtedly propel our economy. An increasing foreign investment is also only possible if terrorism is rooted out. The national image should be improved to shelter diplomatic pursuits. American roles in this region are crucial and Pakistan has to adjust Washington’s regional shift towards Delhi.

In a nutshell, it can be avowed that the new government has to unleash a carefully calculated, and efficient plan to care for domestic and international affairs. No development in a regional perspective should be permitted to undermine Pakistan’s stature of equality with India. Hopes are high and if not met, the nation shall remaind dissappointed. However, let’s remain optimistic and give this government a chance to demonstrate its value.