Toru, the teenage social media sensation, is now a passionate lawyer and an activist against cyber-bullying 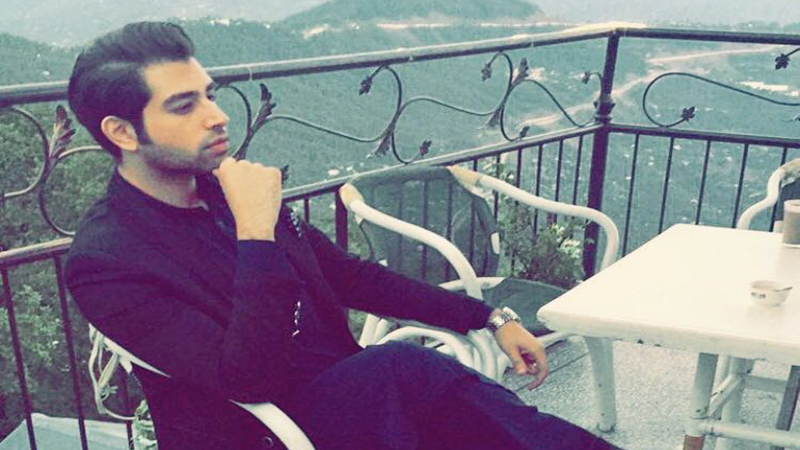 Zohair Toru came in the public eye in 2011 when he gave an interview to a private news channel d uring a protest organised by the Pakistan Tehreek-e-Insaaf (PTI). The interview showed a young student in sunglasses and spikes saying contradictory things like “police humein maregi tu hum inqilaab kaise lainge?” (If the police beat us how will bring a revolution?)

Since he was mainly a Pushto speaker, his Urdu proficiency was also limited and some phrases like “jaloos kar reha hai” (he is in a procession) or “yeh mera bhai garmi mein khrab hu gaya” (this brother of mine is suffering in the heat) became fodder for social media jokes.

“Basically I was very young and I went to a protest on matters of state security,” says Zohair now. “These things were probably not in my comprehension back then. I was immature. I was young. I wasn’t able to speak on it.”

But now he wants people to look at “the bigger picture.” He wants people to support young kids who might not be eloquent and well-versed. Zohair describes himself as a “deer caught in the headlights.”

“Instead of making them a mockery, people should definitely support them. I was there protesting against a thing I believed in. Although it was a naïve point of view, it was something I really believed in and I stand by it today too.”

Zohair says the follow-up interviews were all of him getting the damage under control. After all this publicity, he received all kinds of requests, calls, and messages. Many of them were hate posts. Random young men, his age, started asking him to commit suicide, never to speak on certain issues or stay at home forever. One of his blackberries froze.

“Let’s say, out of 300 Facebook inbox messages, three were positive,” says Zohair. “Those were also sweet old ladies from abroad saying “bache we are proud of you. I just want to remind everyone that I was only 18 at the time.”

He says his college fellows gave him a tough time and he then decided to get off all social media. Now he says he has returned to talk about cyberbullying and finds it “therapeutic.”

Zohair was completing LLB here in Pakistan but decided to move abroad instead. He says those years abroad helped him regain his confidence. He spent five years in England and lived an hour away from London in Buckinghamshire. He finished his degree and did a fast-track masters in commercial law and his specialisation was in intellectual property, trade and maritime and oil and gas law.

Does he still support the PTI?

“Of course,” he says. “I have supported PTI ever since I can remember. Not just me, my entire family supports Khan sahab’s narrative. So we are very much on the PTI bandwagon.”

But then, what about the cyberbullying committed by PTI followers’ trolls?

“PTI workers have been through a lot,” he says. “We have been cyber bullied to hell and back. Everyone who was with Khan Sahab was criticised. In a twisted way, it is redemption. But even PTI trolls need to understand that guys – we are better than this. We are fighting for a new Pakistan so there is way to conduct ourselves with dignity.”

Once he starts fighting cyberbullying will he also want the PTI family to conform to those standards?

“Everyone is equal under the law,” he says. “Any person who bullies women under the PTI should face strict legal action. It’s not just PTI but the rest of the society too.”

He finds the term “youthia” offensive because the title is a derivative of the “c” word. “If people won’t protest what will they do?”

He is now bringing awareness regarding cyberbullying in Pakistan. He also appreciated the work of Digital Rights Foundation in Pakistan.

And of course, the conversation shifts to Reham Khan. I ask him what he thinks s about her book and the public’s response to it. Zohair thinks both Reham and Imran have a right to their opinion. However, he says he has read Reham Khan’s book and he is “disgusted” with it too. He believes that the more graceful one was Imran Khan for only calling the marriage a mistake but nothing more.

“It’s disgusting,” he says. “I think everyone has the right to write a book. This is your legal and democratic right. And if you are writing about a public figure – the figure is willing to go through all this. I think Khan Sahab knows that. There are certain details, which I don’t think can be true, there are certain details that you just don’t put out. I am not taking away from Reham’s narrative. I saw how gracefully she conducted herself that day in that park.”

Zohair says he felt sorry for Reham’s son and appreciated his response to that troll. He is “proud” of the boy for standing up to his mom. The boy had said that if “Allah sent you, he could have sent someone smarter.”

But Zohair also understands that PTI and Imran Khan have more mouthpieces than her to convey their views.

Zohair has not lost his initial idealism though of course being in the courts has given him a reality check. Now as a lawyer he is equally worked up about the loopholes in the legal system. He often helps people who seek his help on matters like domestic abuse or marital disputes.

Why is he back in the public eye now?

“Now is the time,” he says. “This is therapeutic for me. I have to release power over a situation that was embarrassing for me. I am a young professional who can handle the bullying and online trolls now. Back then I wasn’t able to. My old video was trending again and it’s unfair that my new narrative wasn’t there.”

He wants to empower people with his narrative through which he can help those who are being cyberbullied today. However, to some people he is still the flag bearer of what people call the “burger” crowd.

“I think stereotypes limit people,” he says. “A burger is someone who speaks limited Urdu, goes to private schools and eats American fast food (laughs). There is nothing wrong with being born privileged. What is the connotation of burger, mummy daddy, and Pindi boys? And it only gets worse for women.”

He adds that we should worry more about being born below the poverty line. There is nothing wrong with speaking English he says because it is our official language. 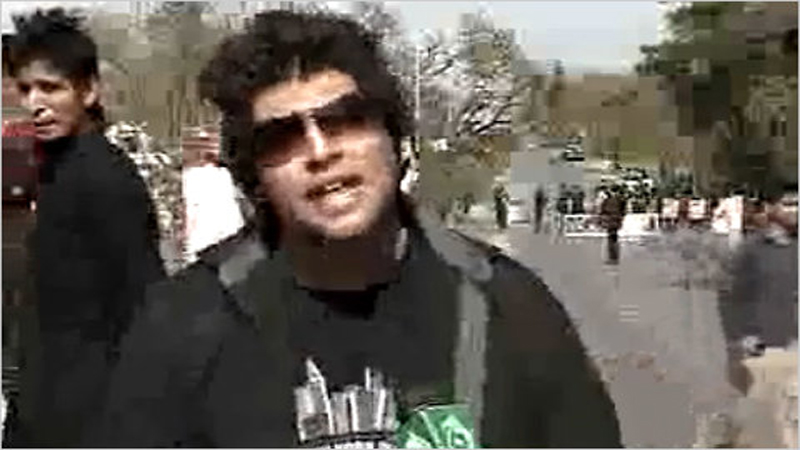 “The whole world is creating awareness about certain terms and if these are the terms used in Pakistan, they are not right either.”

Zohair was actually the first PTI supporter who became famous and that too through the social media. And now Imran Khan is finally the Prime Minister. Does he stand vindicated?

“I don’t think it is about vindication,” he says. “I think I am just talking now because I am more comfortable with my age. That is what being an activist is all about.”

Before he defines cyberbullying, he wants to define bullying. Bullying “humiliates, threatens, torments and tyrannises certain people” and when it happens on the internet it is called cyberbullying. There are laws in Pakistan to protect people against it but they are loosely implemented.

“Just Google Naila Rind,” he says. “You will see how men use pictures of women to blackmail them and do things they should not be doing. You know just taking away their liberty and right to life. Let’s say a young girl is cyberbullied for intimate pictures. What option does she have?”

He says women fear misuse and don’t put their photos out there. He wants that to change. Zohair wants to go to as many forums as possible to raise awareness and take power over his own narrative. “I plan to take my fame back,” he says.

What would he like to say to his old teenage self in that video?

“I will actually give him a pat on the back and say beta tu bahut bahut logon se bahut behtar hai. You stood for what you believed in.”

The writer is based in Lahore and tweets as @ammarawrites. Her work can be found on www.ammaraahmad.com