On Independence Day, Pakistan and India collaborate for a heartwarming digital short film 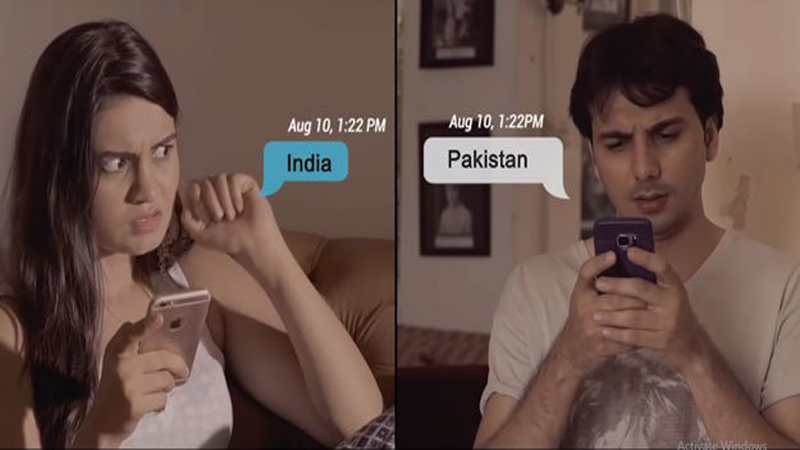 While people on both sides of India and Pakistan have spent decades hating and blaming each other for the political wrongdoing, both the nations have joined hands to celebrate Independence Day 2018.

Pakistan’s leading digital entertainment company Teeli has collaborated with India’s premier digital platform Arré to co-write, co-create, and co-produce the first digital short film, “Matched!” to celebrate Independence Day for Pakistan on the 14th of August and India on the 15th.

The purpose of this collaboration is to lessen if not remove, the political and diplomatic relations between the neighboring countries. The concept behind this is to connect with the mutual cultural value like language and food instead of politics.

“Matched!” revolves around the not so common friendship between a Pakistani boy from Lahore and an Indian girl from Amritsar through a dating app. This short film displays how a friendship grows, connections are discovered, differences are set aside, and you cannot help but question what makes them so different from us.

Previously, Pakistani ad agencies have been criticized for using Indian talent when making ads for Pakistan, instead of using local talent. Indian production houses and models are contacted not only for Indian ads but also for Pakistani ads.

However, in “Matched!” the Pakistani boy is played by an actual Pakistani actor and his scenes have been shot in Karachi, Pakistan, whereas the Indian girl is played by an Indian actress and her scenes are shot in Delhi, India. Casting actors belonging to their actual countries is not only unique but also makes the short film more realistic.

The creative director Arré, Sharan Saikumar, said, “Matched!” is a product of the digital age. It suggests that even though our countries and politics may falter, as people we can always be true.”

The head writer, Teeli, Gul Zaib Shakeel,  further added, “The fact that content from either side of the border resonates with the other is testament to how truly similar we are at the core. This is what the video is about.”