Child marriage in Pakistan: No end to the horror 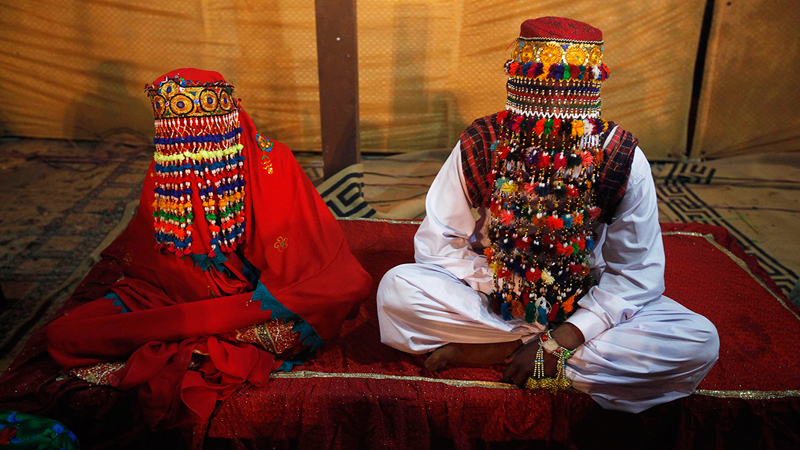 Child marriage is a human rights violation and gives a bad name to the country. Although rooted mainly in Sindh’s tradition, culture and customary practices, child marriages are a common occurrence all over Pakistan.

According to the United Nations Children’s Fund (UNICEF), three per cent of girls in Pakistan are married before the age of 15, and 21 per cent before 18. These statistics are based on the findings of the Pakistan Demographic and Health Survey (PDHS).

According to a recent research by the World Health Organisation (WHO), titled ‘Demographics of child marriages in Pakistan’; child marriages are mostly practiced in the rural areas of the country and more than 140 million underage girls will get married between the years 2011-2020.

The percentage of child marriage remained high in Sindh, with 72 percent girls and 25 percent boys becoming victims to this menace, however the highest number of girl child marriages were recorded in the tribal areas of Pakistan, with 99 percent girls married under this unlawful traditional practice.

Of the many forms of gender-based violence, child marriage is the most harmful, depriving young women of their basic rights and rendering them vulnerable to physical and psychological abuse

We all know that Pakistan failed to achieve its Millennium Development Goals (MDGs) targets related to maternal and child health. But the country was among the first states that set a target to end child marriage by 2030 during the Open Working Group discussion on the Sustainable Development Goals, a major inter-governmental forum.

Child marriage is defined by the UNICEF as “a formal marriage or informal union before age 18” and occurs throughout the world. Moreover, being forced into marriage before one is able to give consent violates the basic human rights of boys and girls.

Social, political, cultural and religious norms determine the nature of relationships within Sindhi society and enforce the rigid divisions and clear hierarchies of the province. Sindhi women are often economically and politically marginalised and as a result are made increasingly vulnerable to gender-based violence (GBV).

Of the many forms of GBV, child marriage is the most harmful, depriving young women of their basic rights and rendering them vulnerable to physical and psychological abuse. The young age of child brides and their limited power in decision-making (sexual, financial, or otherwise) leave them financially and socially insecure. Within Sindh, a large number of girls are forced to abandon their education in order to get married. Other hurdles in female secondary education (besides a lack of schools) include poor transportation, security concerns and insufficient infrastructure.

Incidents of child marriages occur frequently in places like Sukkur, Ghotki,Naushero Feroz Larkana, Jacobabad, Badin, Mipurphas, Thatta ,Sanghar, Khairpur Mirs. But due to unavailability of proper data, it is hard to gather evidence. Many local organisations, like the Marvi Rural Development Organisations (MRDO), are working hard in Sindh to protect human rights of adolescent girls and boys.

Unfortunately, SCMRA is not being properly implemented in Sindh. Under this law, the district monitoring committees (DMCs) in the province are notified about child marriages but the response is poor.

These DMCs need more institutional support in order to be an effective platform to prevent early marriages. Awareness among police officials about this law is lacking as well.

Although, some civil society organisations have worked to promote awareness about SCRMA by translating the law in local languages, they have only been able to reach a limited number of communities.

I personally believe that child marriages cannot be curbed through legislation alone, but also require coordinated efforts from the government, the civil society and the media. All of them should work in tandem to sensitise doctors, lawyers, teachers and other members of the society about the negative effects of this practice. These marriages snatch childhood from innocent children.

In Pakistan if a person has to be 18 in order to drive or vote or contest elections, then how can underage girls be allowed to get married, considering the huge social obligations that come with it.

The writer is a social and political activist based in Lahore. He has done his Masters and MPhil in Communication Studies. He can be reached at salmanali088@gmail.com, tweets at Salmani_salu