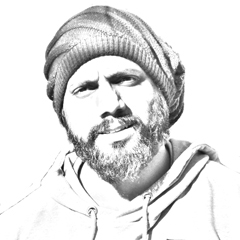 The transgender community’s struggle for equality

It is widely understood that being ‘transgender’ means one transcends gender binaries. But what is often missed is that gender binaries are social constructs which cause a lifetime of pain and suffering to those who do not neatly fit into these categories. X is a transgender, she talks of an internal struggle to come to terms with being different and says “Being different is normal in nature, however being different in society is taboo, even if each of us is different and unique.Difference gives the universe its colours.Initially it was difficult to accept myself but when I did, I felt a power within me. Finally, I felt like I have a body and not just a soul. A body which could touch, see and feel,” she says, looking at the open sky above her.

Her life has seen some ups but mostly downs. She was thrown out of her house after her father and brothers received complaints from her school and she never thought she could go back home.

We might feel like we have heard these words before, read them in newspapers, heard them in stories but this is the reality we try to escape from. The concept of genderbinaryor “gender binarism” is deeply entrenched in society and few realise how it affects the everyday lives of individuals, families and society.The gender binary means being categorised as male or female based on gender or the sex of individuals.While gender binarism is a rather popular gender concept, the main misconception in society is what is common is normal. Gender binarism classifies genders into two main types; male (thoseborn with the male anatomy) and female (born with female anatomy) But what is forgotten is that gender and sex are different.

While the recent census only counted around 10,000 transgender individuals in Pakistan, most Pakistanis agree that the real numbers are much higher

Gender Identity is based on one’s internal feelings of whether they identify as a man, a woman, neither or both. Gender Identity can be the same or different than the sex assigned at time of birth.When gender identity is expressed through behaviours, clothing, voice and day to day habits, it becomes Gender Expression, that may or may not conform to socially defined behaviours and characteristics of gender — especially associated with being masculine or feminine.

Being bullied and struggling for gender identity rights is the everyday story of some300,000 to 500,000 non-binary gender identities called ‘transgender’which exist in Pakistan. While the recent census only counted around10,000 transgender individuals in Pakistan,most Pakistanis agree the real numbers are much higher.

The most visible group which represents these non-binary or gender queer identities in Pakistan is transgender women,who face multi-faceted and multi-layered abuses for being different.Transgender woman or transwomen) are individuals who are assigned the sex and gender of male at the time of birth but identify as women not men.Therefore, transwomen are technically recognised as MTF (Male To Female).

Patriarchy is the biggest cause for transwomen facing violence and abuse in their lives. In patriarchal societies, men wield more power than women and families wish for male children.So, when someone born male identifies as a woman, there are high chances that they will face violence and sometimes life threats in name of honour from the family, while outside the home, in school and on the streets, they face harassment and sexual abuse.Transwomen often live in poverty as discrimination results in few opportunities for work and earning a livelihood in factories and shops. Often,they are only allowed to work in exchange for sexual favours.

The second transgender community that is relatively unknown is transgender men (transmen). Transgender men are individuals that are assigned the gender of female at time of birth, however they identify as men.Therefore, they are technically recognised as FTM (Female To Male). The number of transmen is considered much lower than the number of transwomen, though, there is no population estimation data available and issues of transmen are not as recognised as for transwomen. However they still face bullying and are ostracised socially.

The transgender community in Pakistan has struggled and sacrificed a lot to obtain the basic rights most people enjoy.

The struggle of transgender people for equal rights in Pakistan is spread over many years, although it was only recently when transgender individuals started recognising the need to build a movement and leverage identity politics. This natural need for building a movement was triggered by numerous incidents of murder, abuse and harassment which were carried out by the police, criminals and sometimes by intimate partners. The gradual improvement in legal standing induced by the Supreme Court’s suo-motu actions, verdicts (2009)and laws (Trans protection Bill 2017/18)enabled the transgender community to protect their rights. While transgender Pakistanis continue to face social exclusion, stigma and violence there emerged philanthropic groups which became allies of the transgender community and welcomed them into the fold of civil society.

The long-fought struggle of the transgender community has started paying off in the form of a few available avenues for social inclusion and civic participation.This has never been easy for a socially, culturally and democratically isolated community.

The Transgender Protection bill has been passed by Parliament, but more action is still needed to protect the basic human rights of Pakistan’s transgender community.

Imran is development aid and social worker and is finding the solutions, together with communities, for social problems causing conflicts