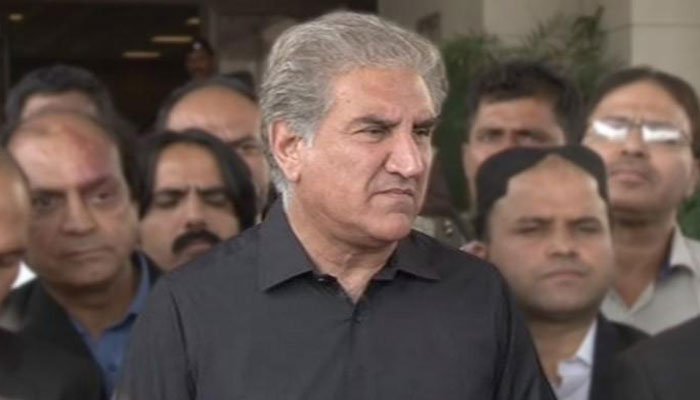 The 2018 general elections have given the Pakistani people quite a few surprises, but perhaps one of the most astonishing results to appear was Shah Mehmood Qureshi’s defeat for the Punjab Assembly seat by independent candidate Salman Naeem. Mr.Naeem claims that he was initially promised a Pakistan-Tehreek-Insaf (PTI) ticket, only to be turned down shortly before the campaigning began, by Mr.Qureshi himself. The Vice-President of PTI had expressed his interest in becoming the next Chief Minister of Pakistan, however an adjustment in his expectations has to be made now.

Recently reports have surfaced that Shah Mehmood Qureshi, Foreign Minister for Pakistan from 2008-2011 is once again the front runner for the post. He is amongst other prominent PTI members that will form Imran Khan’s cabinet, such as Asad Umar who may be crowned the Finance Minster, Shirin Mazari as the next Defense minister and Arif Alvi, bagging the position of the National Assembly Speaker.

While Imran Khan’s inexperience in politics has been one of his major criticisms, it the seasoned careers of politicians such as Mr.Qureshi that deflect the prospects of complete chaos in the next five years. Shah Mehmood had previously defected from his post as Pakistan People Party’s (PPP) Foreign Minister to join PTI in 2011 – a controversial decision, which began the trend of political bigwigs from major parties to join PTI.

While Mr.Qureshi had, had his eyes on Shehbaz Sharif’s old post, it will perhaps serve Pakistan best, if he becomes the next Foreign Minister. His last tenure encompassed many international events that put Pakistan in a precarious position regionally and globally, such as the Mumbai Attacks 2008 etc. Shah Mehmood had presented a strong, just and reasonable defense to India’s threats of war; “we do not want to impose war, but we are fully prepared in case war is imposed on us.” Now, ten years later – Indian-Pakistani tensions are increasing alarmingly and many feel that Shah Mehmood’s astute political capabilities, expertise in foreign and economic policies, and strong communication skills- are exactly what the deplorable state of Pakistani foreign policies need.

Similarly, in the rising scenario of right-wing Islamic extremism- Shah Mehmood’s pluralism is desperately needed in Pakistani politics. As his family has served as the historical caretakers of Bahauddin Zakariyya’s shrine- diversity, religious tolerance and harmony have remained vibrant in Multan.

The key role he will play nonetheless- revolves around the larger picture of PTI’s regime, which will protect Imran Khan from political naivety in face of an opposition who will be out for PTI blood from their first day in government.