Democratic structure is ineffective without a democratic culture 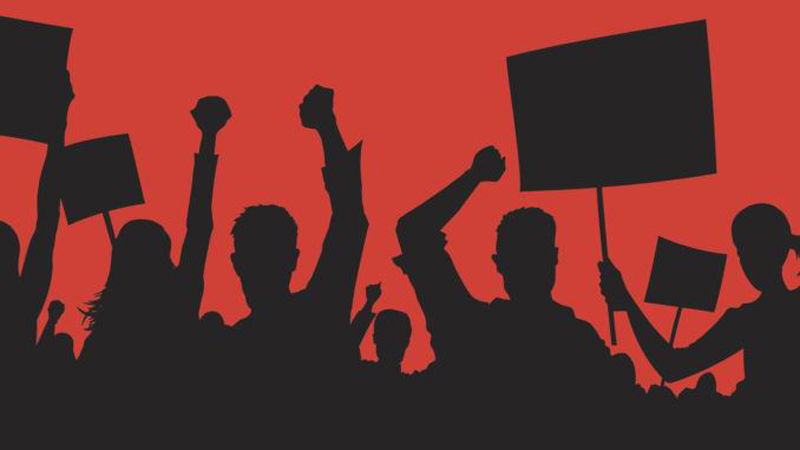 The founder of the Mughal empire, Zaheer ud Din Babar was a tough warrior from Central Asia who spent most of his life on horseback. He had to fight many competitors for rule and his approach towards life was rather clear headed and free of formalities. His memoirs “Tuzk e Babri” is considered one of the most popular autobiographies for its candid and honest style. His varied experiences of life had helped him develop a deep insight into human psychology. His successful experience of invading and ruling India was helped by his understanding of local customs and mindset. His observations could be analysed as rather racist and discriminatory for he thought that the weather was unpleasant, one of the factors responsible for the fact that the natives weren’t very good looking and lacked intelligence and courage to challenge a superior force. Later Mughals developed a luxurious court life. They carved out a certain mannerism protocol for their subjects and realised that maintaining a safe distance from the populace helped them stay obedient. As their empire expanded it became difficult to manage for the later successors who were incompetent and devoid of talent as compared to their ancestors. The substance in governance decreased and focus on rituals and court formalities increased. There was a long list of titles to be announced before the arrival of king in the court. The titles were reflective of the grandeur associated with the empire. “Shenshah”, the king of the kings, “Shah e Alam”, the king of the world, “Jahandar”, the beholder of the world, “Zesahan”, beholder of the greatest prestige, “Zil e Illahi” , the shadow of the God, etc. were some of the titles given to the kings and were propagated by a “media cell” of those times to inculcate in citizens a sense of unquestionable might of their emperors whose influence and rule extended over the world, being a global power. Since education was never the major focus of governance, the illiterate masses didn’t actually know how vast the globe was. The habit of surrendering to authority and unacceptability of challenging the governing forces developed as a social norm. The earlier emperors had carefully maintained a policy of introducing reforms for general masses. Therefore, they are often termed as “benevolent despots” in history books. They were portrayed as kind and affectionate rulers though you still couldn’t challenge their authority or even think of dismantling their power. Questioning the ruling elite was equivalent to treason. Later kings became oblivious of issues faced by the masses and became unpopular and developed many enemies. British were the most successful of these enemies and they conveniently toppled down the weakened Mughal empire and took over the reins of power in Indian subcontinent. They took pride in being the pioneers of parliamentary democracy and building representative institutions. They did know the Lincolnian lesson that you can fool some people for all the time and all the people for some time, but you can’t fool all the people for all the time. They introduced many political, economic, social and educational reforms in India as they had done in other colonies but took care of cautiously maintaining the distance between the rulers and their colonial subjects. Their education system was focused on developing the capabilities of locals as dignified clerks instead of decision makers. They introduced an education system that encouraged rote learning and a reproduction of knowledge infused by the instructor instead of creative thinking and originality. The pattern of applications written to any superior officer was addressing with the formal titles and beginning with a line, “I beg to state….”. Any simple application, for example to take a day off, had to be written like this and ended with the name of applicant presenting him/herself as “yours obediently”. This was the follow up of the pattern practiced during Mughal rule where before uttering a word in the court an applicant had to use innumerable titles of the person addressed and beg for his life, “jaankiamanpaoon to arzkaroon”. British rule ended in 1947 leaving behind reflections of colonial rule in political and social setup of the newly independent states, some positive some negative.

The masses are ‘citizens’ and not ‘subjects’, they could be ‘sincerely’ but not ‘obediently’ anymore

There was a need to democratize not only the institutional structures but also the political culture. The academia has a significant role to play in this regard and evolution of popular means of mass communication could be of great assistance. The greatest challenge in this transformation process has been the deep-rooted insecurities infused by centuries of foreign rule. Questioning the elders in the basic social unit of family is considered a “sin”. On the same pattern questioning a ruling authority had also been an unacceptable practice for centuries. The academicians trained in the colonial traditions continued with the old practices. India did better than its twin state Pakistan in getting rid of its feudalistic structures though the transformation process has been equally challenging for them. Pakistan couldn’t eliminate the political influence of the feudal setup, it rather became strengthened with the development of industrial and business elite gaining political power. The relationship between an electoral candidate and the voters was a rather “patron-client” relationship. The adherence to the authority of benevolent despots was imbedded in the national psyche. If a rich person spends his money on your daughter’s wedding, helps your son get a job, gives you ration for a month or grains for a season, he is your benefactor and patron. It is perfectly justified if in return you have to stay unconditionally obedient to him. The way for decades in a democratic state, we kept on teaching the pattern of application where we begged as somebody’s obediently, our votes were cast to show our obedience to the ruling elite. The way “divine right theory” was used in Europe to give a religious certification to the royal rule, our local religious leaders also continued to strengthen the image of our local despots in an apparently democratic structure. Their benevolence was acknowledged through titles like “maibaap” (the giver), “Hazoor e Ala” (the highly prestigious) and the commoners presented themselves as “fidvi”, somebody ready to sacrifice for the sake of the mighty lord because for generations the local lord has been the benefactor who gave grains and food and now built roads or got the street bulb fixed. Since just like the despotic rules, education was not the priority of democratic governments either. The masses who didn’t have access to knowledge and political awareness, continued to give their unconditional obedience to their lords without understanding that the so called favors given actually were out of their own tax money.

Democracy therefore didn’t develop in Pakistan in its true essence because though the structures were there, but we lacked a democratic culture to support them. Elections 2018 have been a catalyst of evolution towards true democratic values, though still a lot more is to be done. The media, whatever grievances we have with them, have aided the transformation towards challenging the norms of the authority that could previously not be challenged. There have been many incidents reported where candidates who had been in rule have been publicly questioned by their constituents about their previous performance. A mere superiority of status is not good enough to subjugate the criticism. Many “electables” have not been elected and references to kinship or racial superiority have been rejected. Even exploitation of the religious factor for commanding obedience has not worked everywhere. Though there’s still a lot to be done through an education revolution to break the last shackles of a subject mindset and the use/misuse of religion, but the winds of change towards true democracy have started blowing. Any government-to-be needs to understand that it must deliver to be able to return to the constituencies after five years and is constantly watched by a vigilant media. The demeanor of the political leaders must be of ‘representatives’ rather being ‘rulers’. Despots, no matter how benevolent they may be, will not be acceptable for long. A political reform, an administrative policy or a day off, are not to be begged for, they can be demanded or simply asked for as a right. The masses are ‘citizens’ and not ‘subjects’, they could be ‘sincerely’ but not ‘obediently’ anymore.