Politics of blame and real issues of Pakistan 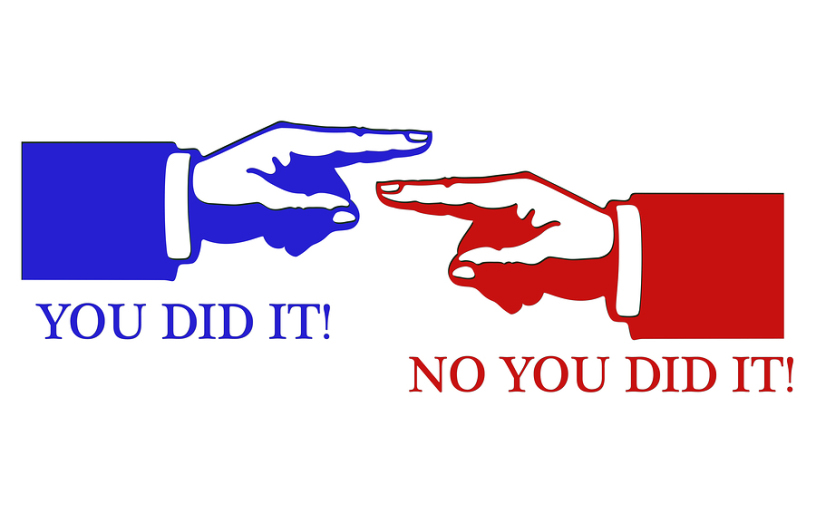 Pakistan is going through the most crucial era of the history. Not a single factor can be blamed for the prevailing state of affairs of the country. For every predestination, whose ropes are handed over to the nation for reigning in every election or the so called referendum, the people are subjected to approbate their general will by defeating the adversary in a tic tac toe game.

The real problem is that the masses are provided with only one future prospect or the option of not letting that prospect to prevail over the country. Regretting this culture in country, the political acumen of our people is on decline by the reason that voters caste vote not in the favor of their leader, but in order to not let the adversary win. In this game, every move is taken not to raise own caliber, but to abash the repute of the others.

This politics in not recently adopted, but these are taken up as norms from Pakistan’s political history. The pages of political development in the homeland are full of examples of politicians throwing mud on the competitors. To add insult to the injury, the public is also interwoven in the fabric of politics by actively participating in this quagmire of parochial political behavior.

The fault lies within the governing as well as on the governed. To take as a pattern, General Zia, with a self-assumed agenda of “Islamization of Pakistan” held a referendum to convert himself from a de facto ruler to a de jure sovereign by expounding the statement to vote for him if people are the Muslims and hence leaving the public to vote or not to vote on the basis of being Muslim.

Likewise, Bhutto utilized the mechanism of yes-or-no politics by creating such situations in the country with divided the nation into two thoughts ; one in favor of socialism, and the other one non-Bhuttos in the form of National Democratic Alliance. Once again, people were pitted into the dilemma for electing a leader or casting their vote not to see him as their leader.

History repeats itself and we learn from history that we do not learn from history. For the upcoming general elections, with a new bulge of young voters after the census, youth is going to vote for a particular party not because they like the party mandate, but since they are overflowing with the sentiments of rage against the other political party hence fanning the particularistic and personalistic approach towards politics.

Turning towards the accountability of the ruling elite, the upcoming ruling elite and the expected government to take over the assemblies, instead of raising their ranks in the eyes of nation and at international forum by polishing their agenda and present performance, they are engaged in dirty politics of blame game under the umbrella of arduous election campaigns.

Such election campaigns which are nothing less than a bull fighting in plaza de toros, not only eating up a large share of country’s economy and precious time but also they are pushing the people on the threshold of ambivalence, whose cross roads end up in the success of one player leaving the other empty handed, ultimately overcasting the shadows of anxiety, provincialism and anti-national sentiments.

The outcry is nevertheless for establishment of good governance by true representation, alignment of institutions and eradication of corruption, it is dealt to curb out the causes of particularistic and aggravated nature of the politicians along with the citizens, advertently molding the stream of party politics towards goal oriented and purpose based campaigns highlighting future policy making of the country.

The writer is graduation student of Law from the University of the Punjab. She can be reached at mehakfatima11111@gmail.com