* While baba Gulabay was possessed with many super powers, the faculty of flight had not yet been bestowed upon him and he fell flat to the ground with a thud 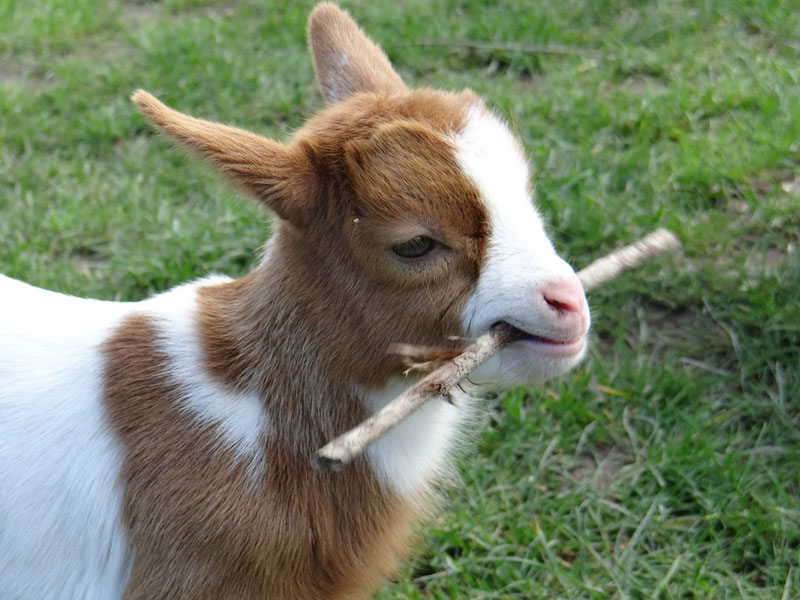 Afternoon finally came and with a foreboding heart I again went to Baba Gulabay’s quarters. It was a different attendant this time, but just as fearsome looking. “Is his excellency available to listen to a poor man’s pleadings? Sir, my goat is still lost, stolen and I know not where to turn but to the mighty knight of this house,” I said. “No he is not here to hear your bleating…” I interrupted him, “Sir, pleading not bleating…” “Pleadings, bleatings, whatever. Since when does the world revolve around you? What makes you think you are even important? Stop with it. It is unlikely that your goat will be found, besides his lordship has far more pressing things to attend do. Go home, buy a new goat, and be at peace with it.”

“But, sir, I cannot buy a new goat. I do not possess the means to do such a thing. It will take me a full year, if I am lucky, to come up with the money. I am a poor man, sir. Besides what could be more important than helping us poor folk?” At this the man scoffed and gave a mocking laugh, “What’s more important than you, you ask? The open sewers of this village are more important than you; they spread disease. That’s where Baba Gulabay is now. He is inspecting them so he can come up with a plan to have them covered or eliminated all together. No one knows which yet. And then he will inspect the crops and give his findings for all to benefit from. After that he will be lecturing the dispensary staff on best procedures for medicine; and then he has a speech or two to make, before he goes to Chaudary Sahib’s house to report on things. So be on your way, you fool, and forget about your goat.” With this the man slammed the heavy door of wisdom in my face.

Dejected I turned around and before going home I went in all directions issuing defeated bleats, hoping my goat will hear me and respond, but no such succor reached my ears. In my heart of hearts I knew this was an exercise in futility. But what is a wretched waif like me to do? The police had been done away with and any local government had been rendered ineffective by Baba Gulabay. Suddenly an idea dawned on me like the light of the rising morning sun: I would go and talk to Chaudary Sahib himself, but not before I tried my luck at the house of wisdom one more time. I was sure if Baba Gulabay met me, he would be moved to give me relief.

The next morning the same man opened the door and scowled at the sight of me, clearly offended by my persistence. “Sir, forgive me for pestering you again, but I must see his excellency to plead my case. Does his highness hold court today?” At this he gave me a look of such hatred and disgust that it shook me, and my being trembled with fear. I, therefore, struck a more humble and complimentary tone: “ Has the mighty chief obliterated the filth from the village sewers? Has the the king in the village, the great scientist, the veritable Surgeon General, thus solved the problem of the crops and taught the surgeons how to post mortem a corpse?”

“Go to the village square. That’s where you will find him.” The man said sternly and the door slammed shut in my face again.

As ordered I went to the village square. A great crowd gathered in front of Baba Gulabay, who had installed himself on the mighty oak in the center of the square. Save for a cloth wrapped tightly round his waist the great man was in the state of nature. From his auspicious position he issued forth wondrous words of wisdom:

“Hear ye, hear ye, brethrens and sisterns. The climate does not forgive no one, no matter what your caste, and the goats and the cows and the chickens and all other creations. It engulfs us all in its fury. It is for us to make haste now and change our ways. Through private and deep study I have come to the conclusion that we must abandon crops that require copious amounts of water, and the rains are now more scarce than ever before, and likely to become more so every year. By and by time will pass and you will all see what I have already seen, in my dreams at night and in my study of nature in bright light of the day; we must all study nature. Wheat takes too much water to grow. From this day forth we shall cease to grow wheat and instead must all grow strawberries, for they are known to be a hardy crop and do not require much water. And do not forget the vitamins. They will give us vitamin C, which we do not get enough of, wheat provides inadequate amounts of it. But we should also be mindful of vitamin D! There is deficiency in all of us. We all must bask in the glory of the shining sun and replenish our stocks of this great vitamin. From this moment forward all women must wear their shalwarsand and lungisabove the knees, and men must go shirtless on alternate days. For the future of our splendid village we must change and realise that anything is possible.”

He then raised his arms straight in front of his body and bent his head down between his stretched arms.

“Presently I am going to prove this to you. Watch me take flight. I will soar in the sky and circle the village above your heads. This will give me a new perspective on life, and together we will revolutionise things and life.”

With this he gave his body a great push and took off from his squatting position on the oak.

While baba Gulabay was possessed with many super powers, the faculty of flight had not yet been bestowed upon him and he fell flat to the ground with a thud. It is said that baba Gulabay never arose from his fall, and things somehow reverted to a depressing normalcy. Villagers never did heed his sage counsel and continued to grow wheat instead of strawberries.

In time, police and the local government too found the space to get to performing their jobs, and Chaudary Sahib began in earnest a search for a new wise man to do his bidding. And the cycle of life continued on its circular path.