The Bilours of Peshawar: champions of the non-violent tradition in violent times 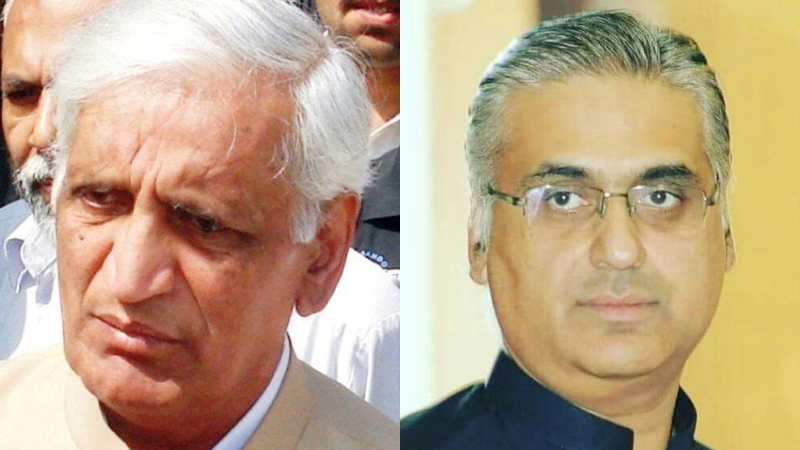 Just a few weeks into the launch of its election campaign in December 2012, the Awami National Party (ANP) lost its senior leader, Bashir Bilour, in a suicide blast at a campaign event in the historic Qissa Khwani Bazaar.

A suicide bomber blew himself near Bashir Bilour, leading to the martyrdom of many including the seasoned politician. The journey of Bilour family with the ANP is decades old. Haji Ghulam Bilour, the older of the three brothers, is known among the ANP followers as a strict follower and preacher of the great Bacha Khan’s philosophy of non-violence. The Bilours have been the most reliable contenders for ANP tickets in their strongholds in Peshawar for decades.

With the martyrdom of Bashir Bilour’s son Haroon Bilour in the Tuesday night attack in the Yaka Toot police station area, the Bilour family has now lost three of its members to terrorist attacks.

Ghulam Bilour received the coffin of his lone son in 1997, cried for his brave brother Bashir Bilour in 2012, and joined the funeral prayer of his nephew Haroon Bilour on July 11.

The Bilour family has been settled in Peshawar for decades where it has its business as well. The family is known for its strong connection with the voters, regardless of whether or not it is in power. Ghulam Bilour hardly misses any event he is invited to in the city. Bashir Bilour was known for his quick decisions and good memory enabling him to recall people he met once by their names. Carrying forward the family’s reputation, Haroon Bilour remained a torchbearer of the Khudai Khidmatgar philosophy. Though he had started his political career already, after his father’s death, Haroon was chosen by the party to contest the election on the Peshawar constituency of his father in 2013.

Earlier, he held the elected office of town nazim during General Musharaf’s era. He also contested elections in 2008.

Haroon was serving as the provincial information secretary when he died. He also served as the adviser to the ANP’s youth wing, National Youth Organisation. Recalling his time with Haroon, NYO leader Tariq Afghan said he was a down to earth person who opted to spend most of his time among his workers.

He said that Haroon would frequently begin his rallies by cheering young activists and raising slogans with them. A photo of Haroon carrying two chairs during a rally has been viral on social media for a few months, showing his active participation in party events, Afghan said.

Before joining politics, Haroon practiced as a lawyer in United Kingdom where he was called to the bar.

Afghan said that ANP activists still recalled Haroon’s passionate address to them following his father’s death in 2012. “‘After [Bashir Bilour’s] martyrdom, my mother asked me to check if he had received bullets on the chest? I replied yes,’ Haroon told a gathering I was in attendance,” he recalled.

History repeated itself on Tuesday night when 16-year-old Danyal Bilour, Haroon’s son, addressed the ANP workers at the Bilour House, and said, “We are follower of Bacha Khan and Wali Khan, so be strong. Anything can happen to anyone at anytime. We have to hold the red flag strong. Now the party flag is in the hands of the Bilour family’s third generation,” he said.

The writer is Peshawar based freelance journalist. He tweets @theraufkhan