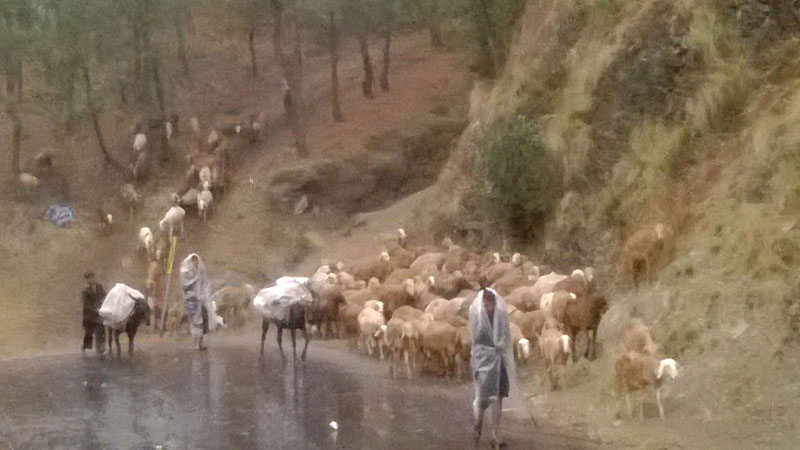 Nomadic communities like Gujjar Bakarwals are struggling to continue with their centuries-old migratory lifestyle. In recent decades, urbanisation and environmental conservation efforts have put pressure on their livestock based subsistence economy- like never before.

“My family and I have given up migration because of increasing difficulties to get grazing permits from the Forestry Department , and frequent conflicts with local land owners along the migratory route”, says Mr Basheer, a Bakarwal who has sedentarised to become a supplier of meat and medicinal plants.

The nomadic community’s traditional grazing lands are under increased pressure as an increase in the country’s population has led to a greater demand for livestock.

The increase in demand of livestock has resulted in increased pressure on the nomadic communites traditional grazing lands leading to environmental degradation of pastures and forests.

“Bakarwals are responsible for land degradation and smuggling of wild herbs. Their goats and sheep overgraze the summer pastures and compete with wildlife. In the Musk Deer Park in Neelum Valley, they have wreaked havoc as their herds compete with musk deer for grazing ground ”, says Mr Muhammad Arshad, a mountain conservation and watershed management specialist with the Himalayan Wildlife Foundation.

The Forestry Department views the Bakharwala’s way of life as detrimental to the depleting forest cover of the country. The United Nations Convention on Desertification (UNCCD), of which Pakistan is a member, endorsed this view and attributes the fate of land degradation to the bad practices of the local and indigenous population.

The current population of Bakarwals in Pakistan is estimated to be over one million, though no official figures are available .In 2017, the sixth National Population Census was completed in Pakistan but not for various nomadic tribes and landless people. The latest geographical configuration of their population was provided by the 1931 Population Census of the British India, which informed that the Bakarwals constituted 11 percent of the population of Jammu and Kashmir, 5 percent of Punjab, and over 2 percent of Khyber Pakhtunkhwa (KP).

Bakarwals traditionally enjoy a very poor socio-economic status and have no access to formal education and health facilities. There have been some efforts for their emancipation.

A school funded by the state of AJK, is run in Rawalpindi for the Bakarwal children where teachers are also hired from the community. An NGO, Team Pakistan has also established some education facilities for the Bakharwal children. AJK government has waived grazing fee for their herds and their usufruct rights have also been established. 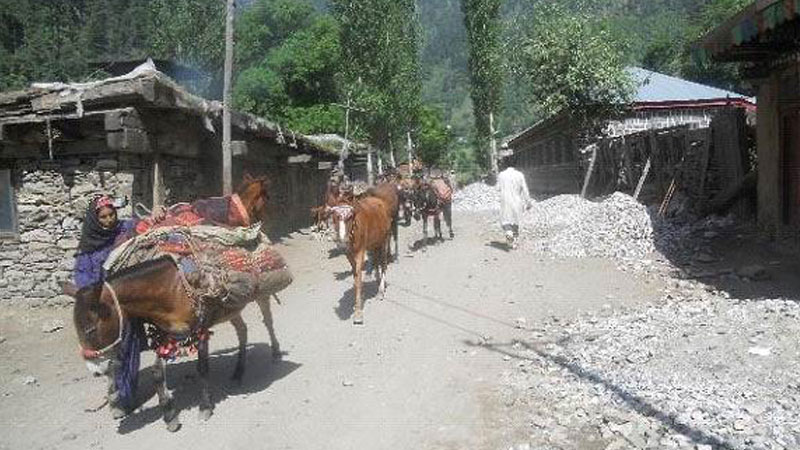 However, they have yet to get their citizen rights and national identity cards (NIC) because many of them don’t possess land or have a permanent address, which are the necessary pre-conditions to get citizenship, NICs, and other citizen rights as voting and access to economic opportunities and services offered by the state.

Most importantly, their status as Indigenous people and an interested party in the sustainable development of forests and wastelands of the country is yet to be recognised in spite of the fact that Pakistan is a signatory of the Indigenous and Tribal Populations Convention, 1957 and the United Nations Declaration on the Rights of Indigenous Peoples, 2007.

More recently, they have to bear an additional burden of abrupt events and epidemics associated with climate change. Mr Bilal Khan, a water and climate expert from the Hagler Bailly Pakistan, who has lived and worked in Deosai in order to study the impacts of abrupt events on the Bakarwal economy, observed that temperature has already increased by 1oC in Deosai.

With increased temperatures, the Bakarwal economy may improve temporarily because of an expanded time available for grazing. However, it will damage the Deosai ecosystem, the Brown Bear habitat and ultimately the grasslands already strained by swelling animal herds. “The spread of small pox disease in Bakarwal community in 2014 may be linked with the melting of permafrost in Deosai”, he added.

Vector populations are now found in some valleys of Deosai because of ponding and cases of malaria and dengue are reported quite often, hitherto unknown at such high elevations. The September 2014 snowstorm in Deosai rolled back all the socio-economic progress made by the Bakarwal community since the 2005 Kashmir Earthquake. Future climate models predict increased rainfall and storms in the region. The impoverished Bakarwals will have to bear the additional expenditure on health costs and loss of income due to death of their animals.

Still, some Bakarwals possess the spirit to undertake a long and arduous journey from the winter pastures in the Potohar region of Punjab to the Deosai plains in the Gilgit Baltistan (GB) region, accompanied by their livestock.

The Bariyankhel clan undertakes the longest annual migration of 400 kilometres, cross four administrative units of the country and which covers at least seven ecological zones. Their roaming region is marked with extremes, both in gradient and temperature.

Their happiest time is spent in the far north in their summer pastures where they have the comfort of companionship of their kinsmen, abundant grass to feed their herds and the least amount of interference from the state functionaries.

The other times of the year are not as peaceful. They are in permanent conflict with private owners of grasslands along their migratory route and the Forestry Department responsible for the protection of forests and national parks.

The nomadic community has established a political institution, Anjuman All Gujjars Bakarwal Pakistan, to negotiate with the Forestry Department and resolve their communal issues. Some community members have also made their way to national legislatures but their communal issues are rarely taken up by the legislatures or the media, partly because they originate from the Kashmir and Gilgit Baltistan territories – the disputed regions between India and Pakistan. 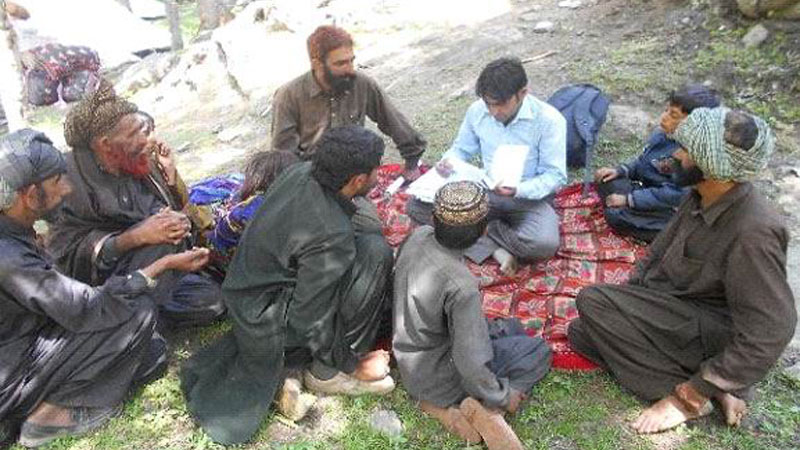 Mr Yusuf who lives in Rawalpindi where he has made a fortune from his real estate business tells, “My father was a visionary and wanted to educate his children. We were six brothers and sisters. When I was a child, my father used to leave me in Rawalpindi with relatives to continue with my schooling. Finally, he gave up migration and we became permanently settled,”

Ethnographic studies of the nomad culture must be carried out to get valuable insights for the national forest policies and local adaptation strategies. Besides that, modern anthropological and sociological theories and concepts about nomadic culture must be incorporated in the curriculum of the forestry training institutions in Pakistan.

It is time to recognise the nomadic community’s contribution to national economy as the providers of livestock to the bustling civilian populations and military institutions, getting full benefit of the ecosystem services of semi-arid areas where farming cannot be easily sustained without irrigation.

The writer works as Public Communication Specialist with ADB Project of “Revitalising Ravi River Basin”. He can be reached at arshedrafique@yahoo.com