22.6 million children are out of school in Pakistan: report 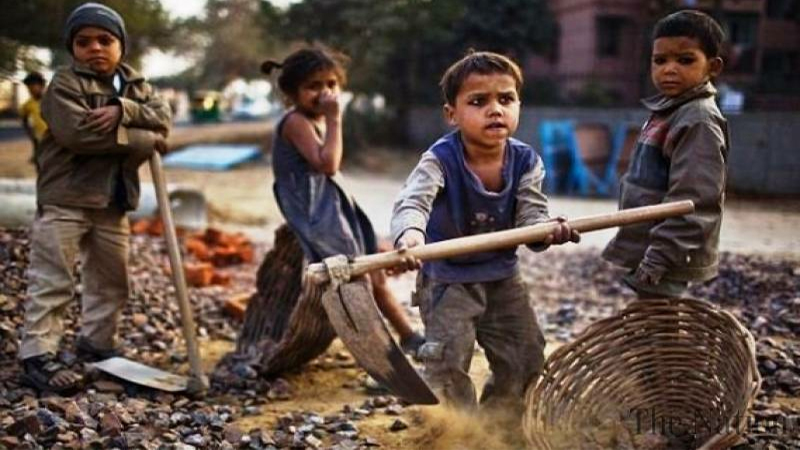 ISLAMABAD: At the launch of Society for the Protection of the Rights of the Child’s (SPARC) Annual Report, the State of Pakistan’s Children – 2017, it was reported that 22.6 million children of Pakistan are out of school at present whereas the budgetary allocation for education is total 2.5 percent of the total Gross Domestic Product of Pakistan.

Speaking at the event, SPARC Executive Director Dr Fakhar Sohail said, “Effective implementation of United Nations Convention on the Rights of the Child (UNCRC) is in the hands of everybody including, NGOs, government officials, UN, international organisations and communities. I would like to avail the opportunity to encourage everyone to play their roles in the promotion, protection, implementation and evaluation of child rights in the country.”

The senior programme officer Sajjad Cheema put emphasis on legislative development and effective implementation and monitoring of the laws. Explaining the findings the research representative Minal Kiani said, “It is quite saddening that Pakistan has been ranked at 125 according to Human Capital Development Report of 2017, 130 being the lowest rank. There is an immediate need to invest more in human capital development for higher productivity of individuals in the future.”

During the event, it was recommended that there should be a national child labour survey since none has been conducted since 1996. The report also identified the increasing prevalence of violence against children in the country by presenting statistics regarding child marriages, honour killings and child sexual abuse etc in the country.

Manizeh Bano shared number of reported cases in 2017 regarding child sexual abuse to be 3,445 which have been declined from 4,139 which was in 2016. She also emphasised on the representation of children from minorities and different ethnic groups so they do not get deprived of their rights.

Dr Parveen Azam from Khyber Pakhtunkhwa shared efforts by the civil society in area of juvenile justice and street children and stressed on collaborative efforts among the government and civil society.

While addressing the audience, National Press Club Joint Secretary Fauzia Rana commended SPARC’s effort regarding protection of child rights and acknowledged media’s role in bringing the issues to the table. She also stressed on the need of broadcasting content for entertainment of the children as well. Dr Sania Nishtar appreciated SPARC’s research about Infant Mortality Rate, which were 86 children per 1,000 live births in 2017 in Pakistan and the number of unsafe abortions each year is around 890,000.

Tahira Abdullah put emphasis on uniform definition of child and a consensus on No Child Labour. Age of 12 years for “light work” only leads to protective cover to child labor.

She recommended that the state should come on a common ground to implement the law of child labour.

Naheed Aziz stressed on Pakistan’s compliance with UNCRC ratified back in 1990 and called for serious measures.

The child chief guest at the event Razzan Ahmed was given a chance to share his opinions and express what it actually is being like in the shoes of a child. Children’s Parliament former prime minister Bakht Jamshed was also invited as chief guest and was given chance to speak. He emphasised on the mental health of children.