Thar desert has the potential to be your next travel destination 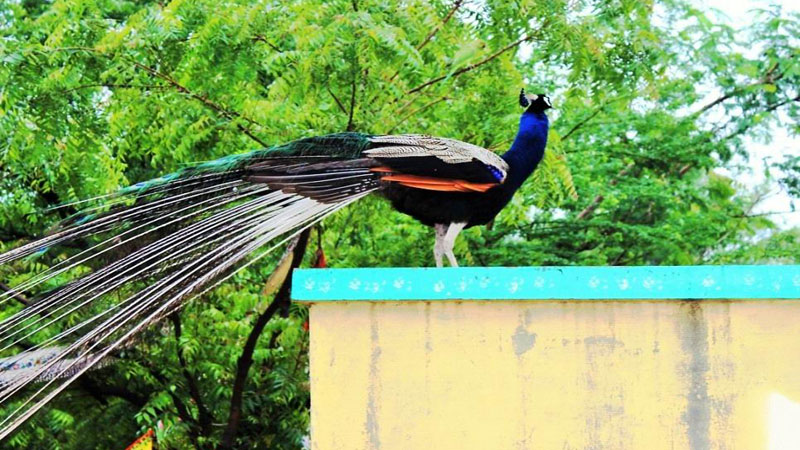 Pakistan is fast becoming a tourist destination and the country attracted millions of tourists in the last couple of years. During the last decade, the country’s law and order problems had created a barrier for local as well as international adventurists, but recent improvements by the Pakistan Government have helped boost the Tourism Sector.

Most of the country’s famous tourist destinations lay in the north, such as Murrree, Naran Kaghan, Swat, and Gilgit-Baltistan, but these areas lack the proper infrastructure to facilitate vast numbers of visitors.

Fortunately, Pakistan has a lot to offer tourists and explorers, ranging from the green meadows of the northern areas to the cultural beauties of rural Sindh, and the beautiful beaches of Karachi and Baluchistan.

Tharparkar attracts thousands of tourists and explorers after the monsoon season, when its drought stricken soil turns into green meadows. I have been to Tharparkar more than six times, and leaving it behind is always difficult

The Desert of Tharparkar in Sindh becomes flamboyant during the monsoon season every year. This is the world’s ninth largest desert, and is considered the only fertilised desert in the world.

Every year Tharparkar attracts thousands of tourists and explorers after the monsoon season, when its drought stricken soil turns into green meadows. I have been to Tharparkar more than six times, and leaving it behind is always difficult. Thar, that gave melodious voices like Mai Bhagi to the Pakistani Music Industry, is still producing melodic singers who are ambidextrous at direction and production. It is common to see figures dancing to the harmonium and mountain crackling voices. For many Tharis, music is second only to survival. I suggest that when you are there you do not miss listening to Ustad Yousuf, a blind singer who enlightens his listener’s hearts.

This desert has a rich history also; its forts, mosques, ashrams, and temples show a land of diversity, a mixture of different cultures, and a land that faced once wars, but has now embraced peace. 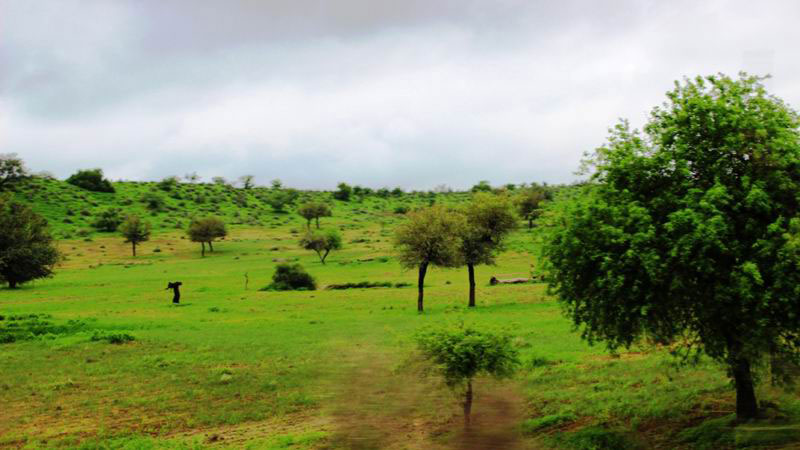 Tourists making plans to tour Tharparkar must visit the historical Naukot Fort, built by Mir Karam Ali Khan in the early years of the nineteenth century. It is also considered and known as a gateway to this giant desert. The Naukot Fort, along with the Jain (sub-sect of Hinduism) temples, spread over the Tharparkar desert, offering new streams of amazement to those who are interested in history and architecture.

Gaddi Bhitt, is another picturesque spot of the Mithi city of Tharparkar. Made of sandhill, this hill/peak provides you with an opportunity to see Mithi in the blink of an eye. It is simply the damn-e-koh of this ancient city, and the headquarter of Tharparkar, and is amongst the few cities of Pakistan named after a female.

A tour to Thar Desert will teach you lessons of brotherhood and harmony amongst Muslims and Hindus. Here, Muslims rarely sacrifice a cow on Eid-ul-Azha, and Hindus respect the sacred months of Ramazan and Muhrram-ul-Haram. You will have a chance to visit the ashrams in Thar without any fear of prosecution.

Sant Nenuram Ashram, situated in the Islamkot city is the perfect place to witness an epitome of kindness and blessings given to the needy and hungry. It offers food to hundreds of people every day. You must pay a visit to such places that provide food with caste, tribe, and religious differences put aside.

This desert is home to many temples of the Jain religion, as it once was a homeland to its followers. The Gori temple is amongst the last sign of the Jain believers, but much to our dismay, its architecture is being ruined with each passing day.

The Bhodesar Mosque is another place that must be in your plans to visit. It is one of the oldest mosques, so there are many different tales associated with its founding; it is largely believed that the mosque was founded by the ruler of Gujrat in the sixteenth century. Situated amidst the rocky mountains, this beautifully constructed mosque will enthrall you with each sighting.

A land of peacocks, camels, music, architecture, natural waterfalls, and coal mines, the Thar Desert should be your next destination in this monsoon season. Villages like Chorio and Kasbo, the ancient city and old port of Sindh’s Pari Nagar, Nangarparkar, will lead you to an amazing world of interesting finds and folk tales. The Bhalwa village is famous as the setting of the folktale of Umer and Marui. 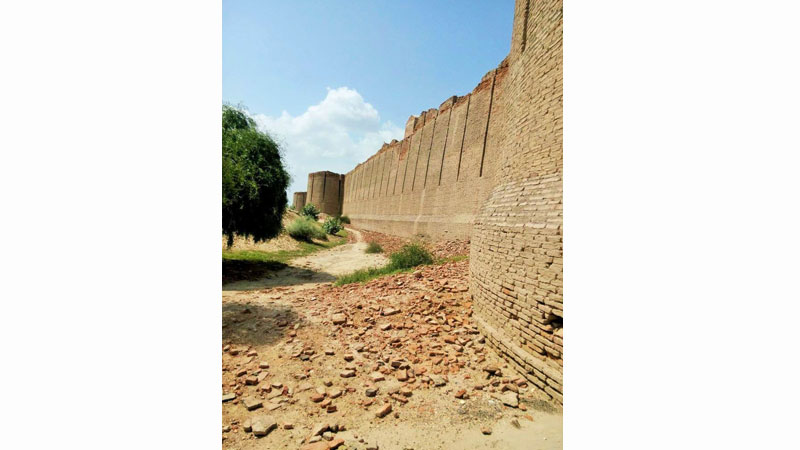 I have travelled to various areas of Pakistan, but this region stands unique to me. Here, you will find local guides that mostly refuse payment.

Children climb over the hills in puffs of smoke and their accent and style of the Datki language will compel you to listen to their every word twice. “Bejo Kher hay” (Hope all is well) is a common phrase used here.

To top it all, the Thar locals can also teach you how to survive in extremely hard conditions. The poverty riddled and drought-stricken people of this region face the hot summers, defend themselves against inflation, and still offer smiles to everyone.