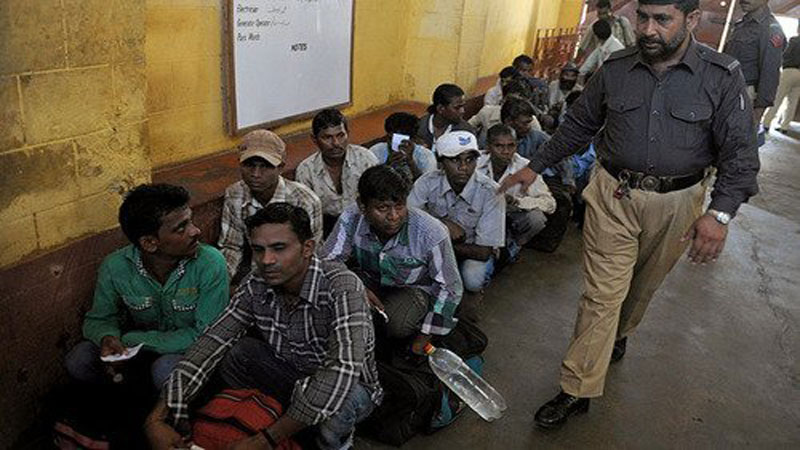 Pakistan and India on Sunday exchanged, through diplomatic channels simultaneously at New Delhi and Islamabad, the lists of civilian prisoners and fishermen currently imprisoned in jails, said a Foreign Ministry statement.

“This is consistent with the provisions of the Consular Access Agreement between Pakistan and India, signed on May 21, 2008, under which both countries are required to exchange lists of prisoners in each other’s custody twice a year, on January 1 and July 1, respectively,” the Foreign Ministry said.

Earlier in the week, Pakistan handed over two Indian prisoner fishermen at Wagah Border as a goodwill gesture.

In April, the Pakistan Navy delivered medical assistance to an Indian boat, which had developed engine issues and was lost at sea.

In January, 147 Indian fishermen were released and handed over to Indian officials on Monday at the Wagah border crossing. The fishermen had been languishing in a Karachi jail for the last eight months for fishing in its territorial waters.

Pakistan and India routinely arrest fishermen who cross water boundaries for illegal fishing, but the two nuclear-armed neighbours have not yet reached an agreement on maritime boundaries.