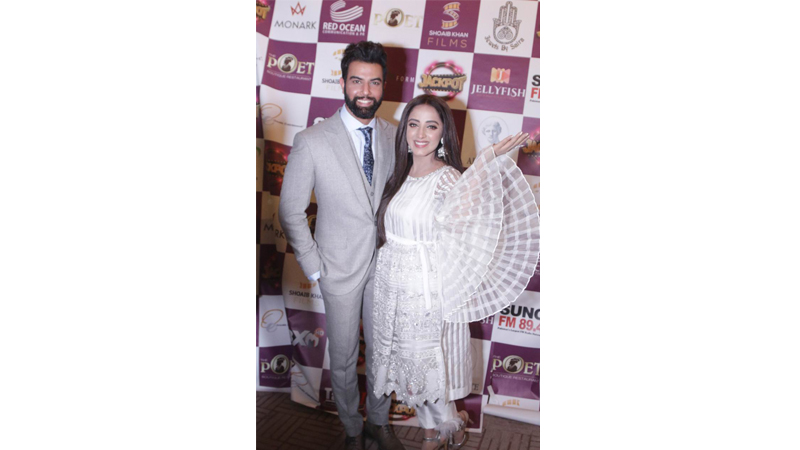 Oriental Films and Shoaib Khan Films hosted a meet and greet session with the cast of ‘Jackpot’ at Poet Restaurant in Lahore on Tuesday.

The cast included the main lead of the movie, Noor Hassan and Sanam Chaudhry along with Adnan Shah Tipu, Sana Fakhar, Faiza Khan and Inayat Khan. ‘Jackpot’ is produced by Khurram Riaz and Shoaib Khan.

The cast presented ‘Jackpot’ as a fun ride with lots of comedy, colour and energy. Earlier, ‘Jackpot’ had released their trailer which has received positive reviews from all around.

The director and producer of the film, Shoaib Khan expressed how important it is to make top quality movies for the revival of Pakistani cinema.

“And ‘Jackpot’ will be one stepping stone towards taking Pakistani cinema forward,” he said, while talking exclusively to Daily Times.

Khurram Riaz expressed that ‘Jackpot’ was a blend of fun, laughter, love and thrilling experiences.

“The film ensures that the audience won’t be disappointed. Pakistani movies are being shot internationally and ‘Jackpot’ takes the lead of shooting it at the famous James Bond Island,” Riaz shared, also while talking exclusively to Daily Times. 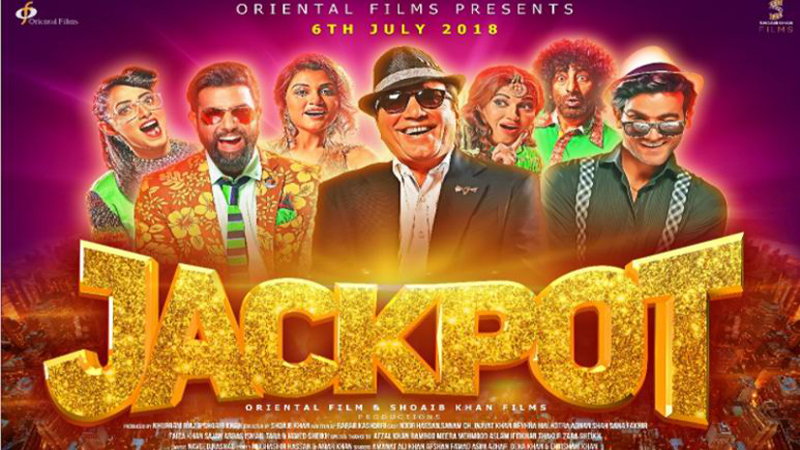 The story revolves around the struggle for acquiring money and how one escapes from this feeling.

‘Jackpot’ is written by Babar Kashmiri, while the music done by Naveed Nashad and choreography by Sonu Dangerous. Furthermore, Anubhav Bansal for cinematography and Shoaib Khan for direction have also been roped in from India.

The movie is shot in Thailand and Pakistan, capturing the exotic scenic locations and is slated to release on July 6, 2018.

Let’s see if ‘Jackpot’ is indeed a beautiful addition to the revival of Pakistani cinema, taking it to the heights of international level.