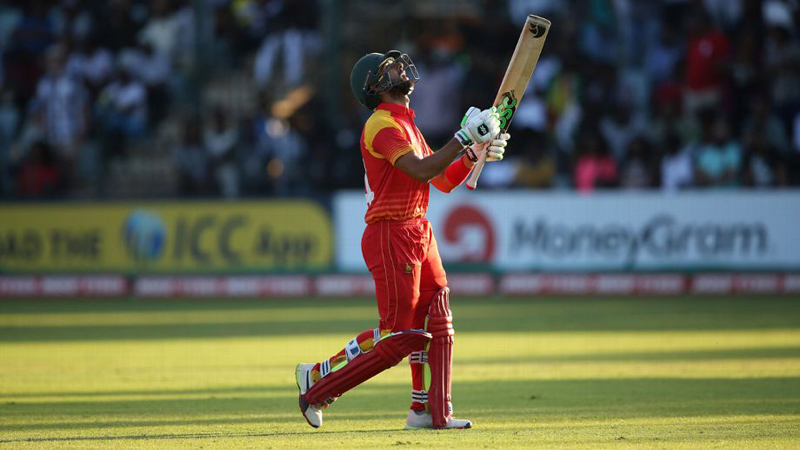 The game’s most popular format — T20 cricket, which 92 percent of fans told the ICC’s inaugural survey they are interested in — will soon be played in what will be becoming the game’s least popular destination, at least as far as the next FTP is concerned — Zimbabwe. After next month’s seven-game triangular series featuring Australia and Pakistan, and the five ODIs against Pakistan which follow, Zimbabwe are not due to host any international cricket for 13 months, until August 2019, when Afghanistan are due to visit. No other Test-playing team has a fixture-drought that severe. Zimbabwe might as well make the most of the this mini-bonanza in mid-winter, albeit one that may be overshadowed by other events in the global game.

England and India are preparing to duel in a contest of old-money-versus-new that will captivate fans, Dale Steyn is ready to travel with South Africa to Sri Lanka and will attempt to become the country’s leading Test wicket-taker, and in Canada, Steven Smith and David Warner, who might have been in Zimbabwe if not for their bans, will headline a new T20 league, which one of Zimbabwe’s own, Sikandar Raza, has chosen over the home matches.

Raza’s grievance with his home board is shared by his team-mates: not for the first time, they haven’t been paid, and their threats of a boycott almost scuppered the series. Five of Zimbabwe’s senior-most players, including former captains Graeme Cremer and Brendan Taylor, will not feature in the series but a squad has been named and the matches will take place. So what’s in it for the three sides involved and the format as a whole?

No other Test-playing team has a fixture-drought that severe. Zimbabwe might as well make the most of the this mini-bonanza in mid-winter, albeit one that may be overshadowed by other events in the global game

Australia: A chance to rebuild, this time from the bottom up. After the ball-tampering scandal in South Africa, Australia have spiralled and are yet to win a game in any format since. They lost the Test series in South Africa and that was followed by a 0-6 trouncing by England in the two white-ball formats. All areas of the Australian game appear fragile at the moment. While they scored over 300 twice in five ODIs against England, they were also bowled out three times for under 250. They failed to bowl England out even once in six matches and they conceded the highest ever men’s ODI total – 481 – in one of them. New coach Justin Langer believes (or perhaps hopes) that the exercise was character-building but he probably won’t complain if his next assignment can be confidence-building instead.

Pakistan: The top-ranked T20I side has a reputation to maintain and, to that end, have named a full-strength squad for the series. Mohammad Amir’s request for rest was denied, something Pakistan will hope does not come back to bite them later in the year when they travel to South Africa. But Pakistan have one eye on World Cup preparation, as captain Sarfraz Ahmed alluded to and Amir will doubtless be part of those plans in the second half of this tour. The ODIs come later, where Pakistan will be seeking to redeem themselves from their last 50-over affair, when they were whitewashed in a five-match series in New Zealand. They have, however, lost only one of their eight T20Is this year, which makes them favourites for the trophy.

Zimbabwe: Clarity, maybe. At the time of writing, two days before the series, Zimbabwe are yet to pick a captain for the series, and that’s after sacking Cremer almost three months ago. Cremer, who is also their most successful T20I bowler, will not feature in the series as Zimbabwe try to overcome behind-the-scenes problems with on-field performances. Talk of a player split is now more than just speculation, with some opting to sit out over non-payment of outstanding salaries and match fees and others deciding to take the field despite that. Sources said that those named in the squad are all likely to make themselves available to play, despite their demands that Zimbabwe Cricket supply them with a payment plan for two months’ outstanding salaries and match fees for last year’s tour to Sri Lanka. But the reasons for their co-operation with a board that continues to disappoint them are different. One insider believes players were threatened into playing; another that the players who take the field are not convinced by the quintet’s (Taylor, Cremer, Raza, Sean Williams and Craig Ervine) motivation for boycotting and don’t want to follow the same agenda.

Lalchand Rajput, the interim coach, has a massive task on his hands and will need to find a way to inject morale into a unit that has very little to look forward to. Zimbabwe will not play at the World Cup, do not have any Tests scheduled for more than a year, and are all but forgotten on the global stage. And all this while an ICC conference discusses their board’s debt.