No proper landfill site in capital to dump garbage 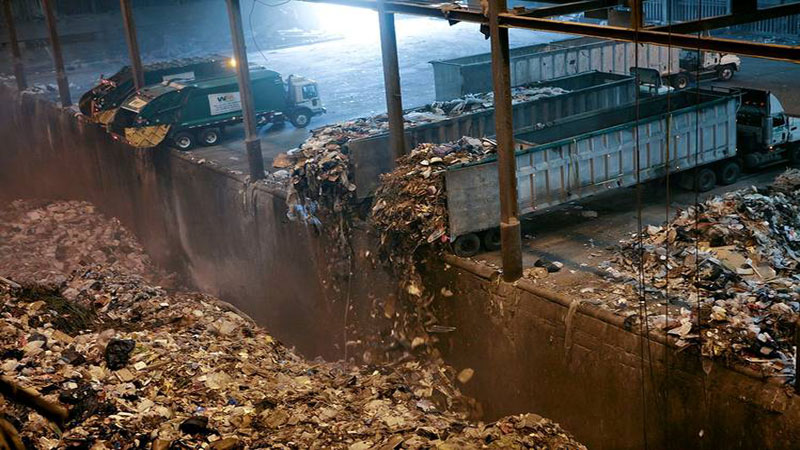 ISLAMABAD: Set up in 60s, the Capital Development Authority (CDA) still does not have a proper landfill site to dispose of garbage and trash it collects from the federal capital on daily basis.

Presently, the garbage is being dumped in an undeveloped area of residential sector 1-12, which poses health risks for the residents. Speaking to Daily Times, CDA Director Sanitation Sardar Khan Zimri said that various options are being looked into for setting up a proper landfill site in the capital city. He said that the exiting landfill site has been left with a very little space to accommodate more garbage. “We are planning to set up a landfill site in Sangjani area,” he said.

During visits to various areas of the federal capital, the cleanliness arrangements were not found to be adequate, especially in commercial areas and markets. In rural areas, there is no arrangement for collection of garbage as CDA only collects garbage from the urban areas.

Ismail Shah, a resident of Bara Kahu, told Daily Times that due to absence of a proper garbage collection system, people are forced to throw garbage in vacant plots or in nullas. “The garbage lying in open areas causes different diseases and also adds to the environmental pollution as often people set it on fire,” he said.

Khaliq Hussain, another citizen from the same area, said that it is negligence of the CDA and the MCI as they have failed to launch any project for lifting of garbage from rural areas. “There is immediate need to launch a project to collect garbage from the rural areas,” he said, adding that the CDA is focusing only on urban areas which is a discrimination with the rural parts where majority of the population of the federal capital is residing.

“In urban areas, garbage is being collected but here we are forced to throw the garbage in vacant areas,” said another citizen, Yasir Khan, from the same area. He said that some people have hired the services of donkey-cart handlers who regularly pick the garbage from every doorstep. “However, after collecting garbage form houses, they throw it in nearby nullas, causing very negative impact on the environment,” he lamented. He urged the Chief Justice of Pakistan to take suo motu notice of the situation as having proper civic facilities was a basic right of the people.

Zimri said MCI had planned to start garbage collection in rural areas as well, but later the project was dropped for the time being. “We are in talks with some companies to set up waste-to-energy plants in the federal capital. If successful, garbage will be collected from entire Islamabad and be used to produce electricity,” he said.

He said the CDA has already allocated 50 acres of land in Sector I-17 to build plant for generating energy from 800 tonnes of garbage collected from Islamabad Capital Territory (ICT) on daily basis. He said the authority was planning to establish four transfer stations where collection vehicles will transfer garbage to larger trucks which would then be transported to the processing stations.

He said the transfer stations have been proposed to be built each in Zone-II, III, IV and V, from where the garbage would be transported to Sector I-17 plant to convert it into energy. He said the proposed plant was expected to burn around 1,500 tonnes of garbage to produce 10 megawatts of electricity. “The plant will be established on a build-operate-transfer basis. The company which will establish the plant will hand over the facility to the Islamabad Metropolitan Corporation after 25 years,” he added.