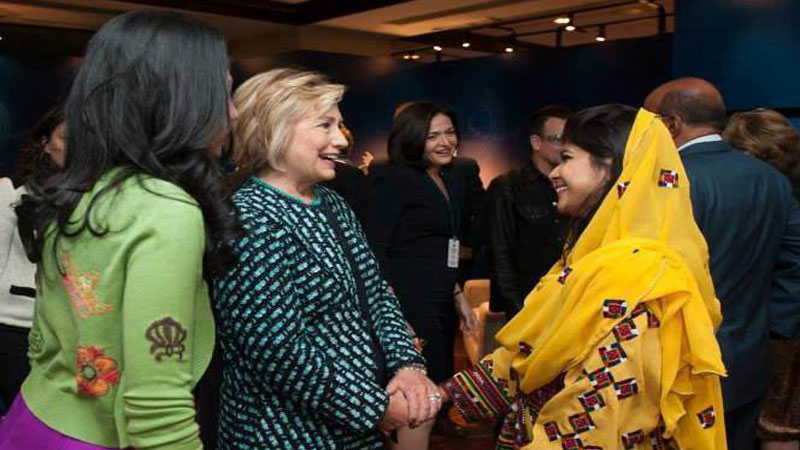 Khalida Brohi is a young Pakistani woman with a heart of warrior. She strives for justice and women empowerment. She is a women’s rights advocate and social entrepreneur. The 27-year-old was recently honoured as one of Forbes’ 30 Under 30 Social Entrepreneurs in Asia, and also awarded as Buffett Institute Award for Emerging World Leaders. She has persevered in her work to transform deeply-ingrained cultural attitudes through creating new spaces for dialogue, economically-empowering women, and advocating for their rights at a global level. In an interview to Daily Times, she talks about her journey and more.

Briefly tell us how you started your journey?

I belong to a small tribal village in the province of Balochistan, Pakistan. Just as with my mother who was forced into marriage when she was only 9, my grandfather had wanted to promise me to my father’s family as a child bride. This triggered my then teenage father to fight this custom and take my mother to Hyderabad where my brother and I (and later all of us children) were sent to school. I became the first girl in my whole tribe to be educated. This freedom confused me. It made me feel guilty and let me see so much that I had not seen before. I started to notice the different realities of growing up in a village and in the city where, despite our poverty, we had education.

It was not until I was a teenager when I faced something else that led me to everything that I am doing today. My cousin was murdered in the name of honour and my family kept quiet about it. It was such a shock. It traumatised me so much that I had to act. Her death prompted me to take action and this injustice got me to fight for women’s rights, to finally speak up. And although I did not have the ability to share the story of my cousin, I ran campaigns and projects to mobilise communities.

You are a strong woman, who always talked about women rights, so how will you define feminism?

I believe feminism is recognising not only our rights as women, but also our strengths. Women were made to be strong in ways that are beyond expression. Our feminine powers allow us great intuition, great wisdom, great emotional strength and the ability to express our emotions. True feminism is utilising these strengths, and instead of seeking to change ourselves and our attires to demand our rights, feminism to me is tapping into our strengths to take ownership of our rights.

Article 25(1) of the 1973 Constitution of Pakistan states that all citizens are equal before law and are entitled to equal protection of law, article 25(2) states there shall be no discrimination on the basis of sex alone. But on the other hand the state of Pakistan does not deliver to its female citizens when it comes to equal rights. What is your take on it?

Coming from a tribal background, I saw the gap between policies and our own tribal laws. I saw the quick justice of indigenous solutions and peer pressure and learned that, although we as a country may make policies and laws to protect women, true equality will only come when we are all educated — when we all have access to education — and are on the same page. In our work at Sughar Foundation, we aim for that kind of education for both men and women especially in areas where it is not otherwise available. But the best part is we go back to the language of Islam and what our Prophet Muhammad (PBUH) said about women’s rights, how he lived his life. These evidences help us mobilise men in these villages and remind women about their true rights under Islam.

‘Sughar’ (meaning skilled, confident woman in Urdu) is a new kind of social venture that turns women’s village embroidery circles into wheels of revolution — both to provide precious income that gives women economic power and to challenge negative cultural beliefs with education and information about women’s rights

What was the specific reason for initiating Sughar Foundation and Chai Spot?

Sughar was launched because of the injustice in the name of tradition. Seeing my cousin murdered and her identity completely erased by the world required a strong response. Our goal is to never let something like that happen again. ‘Sughar’ (meaning skilled, confident woman in Urdu) is a new kind of social venture that turns women’s village embroidery circles into wheels of revolution — both to provide precious income that gives women economic power and to challenge negative cultural beliefs with education and information about women’s rights.

Using Pakistani tribal embroidery stitched by the hands of women who have never seen a fashion model or dreamed of that kind of freedom, I created Sughar, a line of handbags, clutches, slip dresses, shoes and pillows that are high-impact, high-fashion and highly irresistible. Sughar is a powerful engine of commerce on Indiegogo and ultimately dreams of including one million Pakistani women in centers, while this center advocates non-stop with government policy-makers to change laws and customs regarding honour killing.

The Chai Spot was launched because at heart I am a tribal girl with deep love and respect for my roots. Pakistan is much more than the rest of the world sees us in the news. And when I got married to my husband, I wanted to showcase the beauty of our hospitality, arts, and culture to the world, especially to America.

What are the problems being faced by women of Pakistan, particularly in Sindh and Balochistan? And what socio-economic changes need to be made?

This is a harsh reality that every year, the United Nations estimates that thousands of women worldwide are murdered in ‘honour’ killings for their actual or perceived ‘immoral’ behaviour and for bringing shame to their families, and Pakistan is one focus of the practice. In Pakistan women sadly are one of the most vulnerable groups, so they don’t really face just one issue of discrimination or lack of equal rights, they face many more: the impact of climate change, lack of land rights, poverty, health issues, and much more. I truly believe that all this goes back to just one thing—enabling women to stand on their own two feet socially and economically. Belonging to a small village, having lived in slums and villages, I am deeply aware of the fact that who I am today is only because of the opportunities I got. If those opportunities were given to my cousins or other women in my village, they would be leaders today. This is why we launched Sughar Foundation, to create and bring those opportunities for tribal women and unleash the potential in them to become leaders. 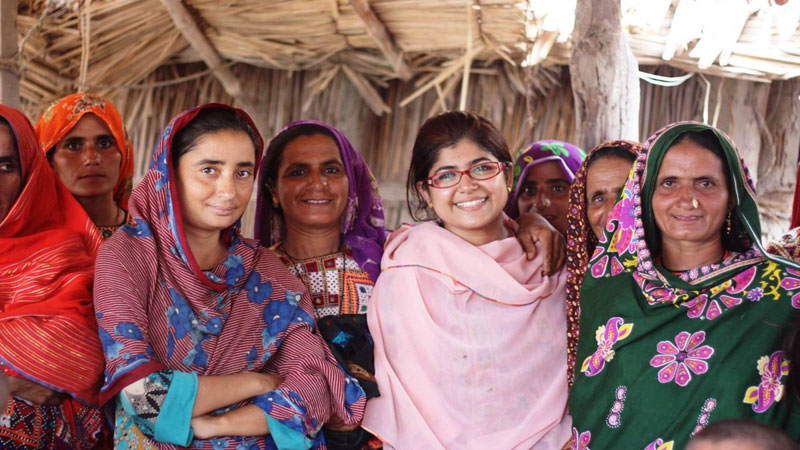 You initiated ‘WAKE UP’ campaign against killing in the name of honour. Don’t you think in Pakistan we still need to work against this menace?

My struggle to fight ‘honour’ killing still exists, but my approach has changed. In the past 10 years of my fight against this crime, I learned a lot. I realised that for issues that overtake our society, we tend to make noise and think that we are solving them. But my tribal identity showed me the true reality, which is that if we do not include the women we are fighting for in this journey then we are not able to create lasting impact. And once we include those women, we must include the men in those communities so no one is left behind in the growth of our society. In our approach at Sughar Foundation, we aim to raise a community against these destructive customs while preserving and celebrating the beautiful parts of our tribal culture.

However, in my opinion this ‘honour’ killings issue is all because of the weak law and order situation and no fear of being punished. Pakistan should recognise domestic violence as a crime and enforce strict punishments for the perpetrators. Police officers and politicians need to take these crimes seriously and punish the culprits. Women should be educated and encouraged to fight for their rights.

Honour crimes are mostly committed by illiterate Muslim men who believe that Islam requires them to kill their female relatives for family honour. They should be educated about Islamic teachings.

I had two major achievements recently: I registered a non-profit in the USA to create the Sughar Foundation that works with partners to replicate the Sughar model across Pakistan. And I just finished writing my memoir. For the past three years I have been writing my story, the story of my parents’ journey from small villages, from extreme poverty to middle class, the story of my cousin’s murder, and the stories of women in Pakistan who inspire and give us hope. The book is coming out this September 4th and is published by Random House, USA.

Any message you would like to give to women of Pakistan?

As English-reading women would be reading this, this is my message to you: Do not let anyone take away your power. We have been given great gifts by Allah in the form of our feminine strengths. Women are stronger emotionally, stronger in health, and they are stronger in taking on big challenges with their deep nurturing selves. We should claim leadership positions side-by-side with men, not by giving up our true identity but by stepping into our strengths as a woman. My second message is to remember to uplift each other, to make sure to become a support system for other women. Look out for each other and reach out and pull each other up when one is down.