The influence of power structures on popular cinematic discourse 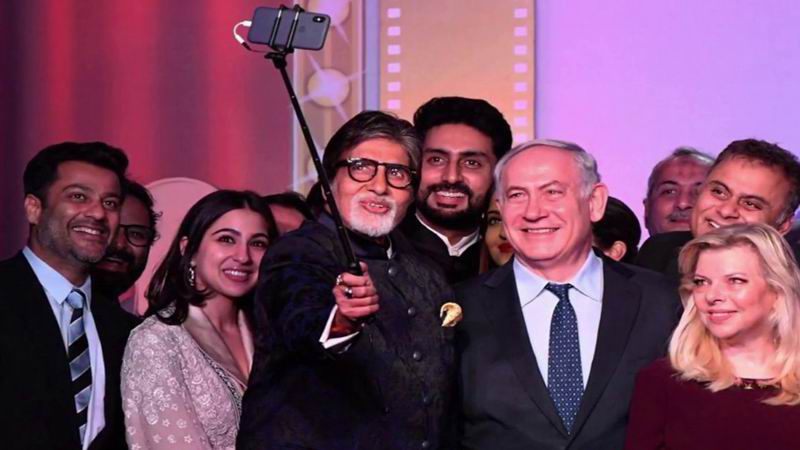 Discourses impact our lives. They shape our minds and influence our perceptions towards the realities of it. In addition to this, discourses contribute to the construction of our social realities. Though the influence of media and books is important in the studies of discourses, the impact of cinema, in this regard, demands intellectual curiosity. Cinema’s significance can be stated in Slavoj Zizek’s words, “Cinema doesn’t tell you what to desire. It tells you how to desire.”

Cinema is the highest of all art forms. As famous Russian filmmaker Andrei Tarkovsky said, “Film is a mosaic of time.” It tells us what words fail to convey. It has a unique way of evoking our senses through the portrayal of life with a poetry of images that leaves its realities up to our interpretations. It is also an art-form which is a combination of different art-forms including music, acting, writing, cinematography, and others. The creator’s dependence on other participants to give physical form to the ideal he/she has nourished in his/her mind, the financial constraints a creator has to face, along with the relation of the creation in regards to public reaction (in financial terms) makes it a risky ocean to sail. Very few adventures are not afraid of the depth it carries, and they get to their destinations fighting their way out of the financial quagmires. In our modern day economy where everyone is selling something to buy something someone else is selling, things and ideas are getting commodified. Cinema which was supposed to be an art-form has been trapped in the language of entertainment. It has been discussed in terms of commercial viability, and thus never got the status other art-forms such as music, painting, and poetry etc have received. Therefore, to receive a larger audience, cinema as an art form had to sacrifice its artistic essence – the essence which actually made it an art-form in the first place.

In the age of mindless consumerism when the public is looking for different ways to feed their minds as an escape from their empty routine-imprisoned lives, the “commercial cinema” provides a good option where people can be entertained through whatsapp jokes-based script, lifeless fame and commercially obsessed acting, and cinematic techniques that lack any innovation. All this has a discursive factor too. When cinema trivialises itself by limiting it to people’s choices, it limits itself to being an ordinary tool of highlighting popular sentiment; thus it becomes a tool of soft power for states and the powerful elite within a state. The power structure nourishes the thoughts it wants to nourish through defining entertainment that suits the survival of the structure.

In the age of mindless consumerism when the public is looking for different ways to feed their minds as an escape from their empty routine-imprisoned lives, the ‘commercial cinema’ provides a good option where people can be entertained through whatsapp jokes-based script, lifeless fame and commercially obsessed acting, and cinematic techniques that lack any innovation

An example of this can be seen in a popular violent film ‘Rambo 3’, which was dedicated to the Afghan Mujaheddin who were freedom fighters at the time; this not only suited the popular narrative back then but also helped the political cause of the West. A recent example can be seen in Israeli Prime Minister Netanyahu’s interest in Bollywood due to the commercial market that it holds. Israel which faces an international image problem can utilise Indian cinema’s access to regional markets for the purposes of generating a positive discourse about Israel. Indo-Pak cinema’s role in promoting a particular brand of nationalism could be a good study in this regard; it isn’t a new phenomenon as films were part of the Nazi propaganda and were also used by both sides during the Cold War as a propaganda tool (as is evident in the age of McCarthyism in America or in the case of Stalin’s Soviet Russia when the second part of Sergei Eisenstein’s ‘Ivan the Terrible’ was banned up until 1958 because of how Stalin was unsatisfied with Ivan’s depiction of him). Cinema nourished during this era, and different waves such as the French New Wave and India’s parallel cinema, also, initiated during this time.

The power that “commercial cinema” holds today over art-house cinema is alarming. There are a very few Jafar Panahis who are using film as a form of political opinion. Lav Diaz’s slow cinema gems are defying the standards of “commercial cinema” set by the commercial market, but the cinematic situation has still lagged behind the artistic essence it received during the 60s when films like ‘Persona’, ‘Blow up’, ‘Andrei Rublev’, ‘Au Hazard Balthazar’, and ‘The Battle of Algiers’ were released in a single year.

When the creator’s first preference was his/her artistic fulfillment, it resulted into enrichment of the cinema, but when the creator became commercially ambitious, he/she became a tool at the hands of the power structure to propagate its discursive agendas.

There’s a disappointing situation that can be seen in the case of cinema in Pakistan, which is re-emerging, but this revival that started with the release of a film like ‘Bol’ is losing its path. Films that are shown in cinema halls, in the country, contain the same old dry formulas. Cinema in Pakistan has become a victim of popular narratives. A person who prioritises money in his filmmaking can be called a good businessman, but he is not at all faithful to the art of cinema. Thus, for a newcomer to enter the field of filmmaking, the freedom of cinema from a businessman’s perspective has to be the only priority. Cinema is more than a mere concubine of power structures used for popularising their own narratives or for cheap entertainment. As Godard said, “Photography is truth. The cinema is truth twenty-four times per second.”

The writer is currently enrolled in M.Phil International Relations at Quaid-e-Azam University. He writes on subjects related to cinema, climate change, and political philosophy. He can be followed @AdilUsafkhan