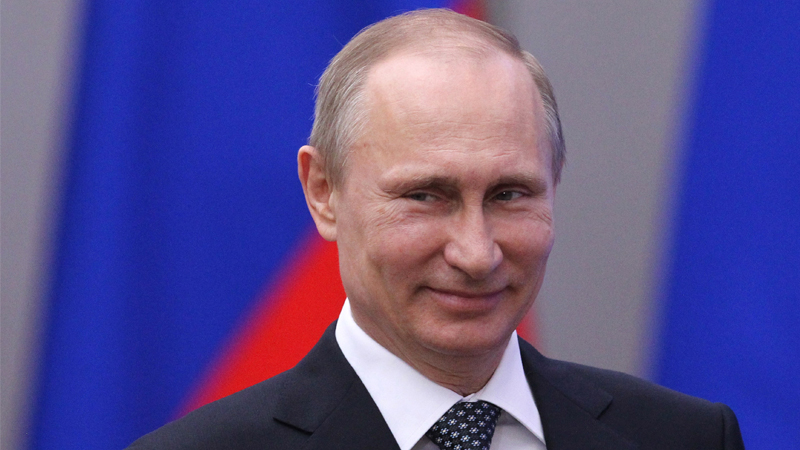 MOSCOW: Vladimir Putin is struggling to get a summit with Donald Trump, has little hope of ending Western sanctions, and is seen in much of the West as a pariah. So hosting the World Cup this month is a welcome moment in the global limelight. In the Russian president’s eyes, it sends a message of defiance to the world and his own people which fits his favoured story-line: Russia is succeeding despite Western efforts to hold it back. “For Putin, hosting the World Cup speaks to the failure of sanctions and the failure of Western efforts to isolate him,” said Professor Sergei Medvedev, of Moscow’s Higher School of Economics, referring to Western sanctions first imposed on Russia after it annexed Crimea from Ukraine in 2014.

“Despite all that, his mindset is we still have Crimea, we are pursuing our agenda, and yet look everyone has come to the World Cup”, Medvedev said. Putin does not want Russians to think their country is isolated because that could undermine his narrative of Russia as an influential great power with a seat at the top table of global affairs. Thirty-two teams will compete in the June 14 to July 15 tournament, being hosted in Russia for the first time in World Cup history, at an official cost of 683 billion roubles ($11 billion). A senior Russian government official, who declined to be named because he was not authorised to speak to the media, said the tournament was the latest in a series of events which showed Western attempts to isolate Russia were breaking down.

“If this is isolation, then we are enjoying it,” the official quipped. Polls show Putin’s message that Russia is on the up despite a hostile West plays well with voters. It is amplified by government officials who have spent months complaining of a shadowy Western plot to discredit Russia’s World Cup. “The stronger the anti-Russian campaign ahead of the World Cup is, the more people will be genuinely amazed when they see there is no barbed wire at the stadiums,” Foreign Ministry spokesperson Maria Zakharova told reporters last month. A suggestion by British foreign minister Boris Johnson in March that Putin would use the World Cup to bolster Russia’s image as Adolf Hitler used the 1936 Olympics in Nazi Germany was seen as proof the West wanted to spoil Russia’s moment. Zakharova said Johnson was “poisoned with hatred”.

The big red machine: Re-elected in March after a big win in a vote international observers said lacked real choice, Putin is seen wanting the world to recognise that Russia, like it or not, is a force to be reckoned with, a message the World Cup helps convey. “Putin needs international prestige and everything he does is a nod to that,” Dmitry Bykov, a well-known satirical Russian writer, said last month in the Sobesednik newspaper. “He wants the world to talk about us like it talked about the Soviet ice hockey team in the 1970s. We are the ‘Big Red Machine’. We are feared. Not loved, but admired. He doesn’t want us to be loved. Love passes, but fear never does.” Russia won the right to host the “greatest show on earth” in 2010. Putin denied media allegations that Moscow had bribed its way to victory. Since then, Russia’s image has taken a pummelling, prompting Russians to fear Moscow would be stripped of the tournament, something some Western politicians called for in vain. Moscow’s list of crimes, in the eyes of the West, is long. It annexed Crimea in 2014, backed a pro-Russian uprising in Ukraine that same year, and has since been accused by the Netherlands of complicity in shooting down an airliner, and by international officials of running a state-sponsored doping programme at the 2014 winter Olympics.

Moscow’s backing for Syria’s Bashar al Assad has also put it at odds with the West and it has been accused by Washington of election meddling, and by Britain of the attempted murder of a former double agent and his daughter using a nerve agent. The quantity and gravity of these allegations, many of which Russia denies, means few Russians expect the World Cup to help Moscow shed its pariah image in the West. “ The World Cup will not have any significant impact on Russia’s image because it is just too toxic,” said Andrei Kolesnikov, a senior fellow at the Carnegie Moscow Center, a think-tank. Kolesnikov pointed to the 1980 summer Olympics in Moscow, saying they too had done little to improve the image of the Soviet Union, which had invaded Afghanistan the previous year. Many say Putin sacrificed any political dividends Russia gained by hosting the 2014 winter Olympics by annexing Crimea afterwards. Some Kremlin critics, citing that precedent, fear something similar after the World Cup.

Legacy and Greatness : With Putin’s popularity steady at around 80%, the World Cup is seen helping maintain his ratings or even giving them a bump. “In theory, it can only increase his popularity, but his popularity is already very high and his rating has been at around the same level for some time,” said Stepan Goncharov, a sociologist at the Levada Center. Russia has taken tough action to reduce the risk of fan violence and of attacks threatened by groups like Islamic State, and for Putin, the World Cup dovetails with one of his fourth term priorities: infrastructure investment. New stadiums have been built, older ones modernised, roads and cities like Moscow overhauled, and railway links upgraded, achievements he has touted to voters. Aged 65, and at the start of what some believe will be his final six-year presidential term, Putin is thought to have an eye on his legacy, seeing the World Cup as part of that along with the winter Olympics, Crimea’s annexation, and the construction of a bridge to the Black Sea peninsula. “Of course, he wants to leave his mark,” said Medvedev, the Moscow professor. “He is obsessed with greatness.” Putin, a keen sportsman though not a footballer, promised in December that Russia would make the World Cup “a grandiose celebration of sports”. With Russia ranked by FIFA as the tournament’s second weakest team after Saudi Arabia, Putin has made clear he is looking for gains off, not on the pitch.