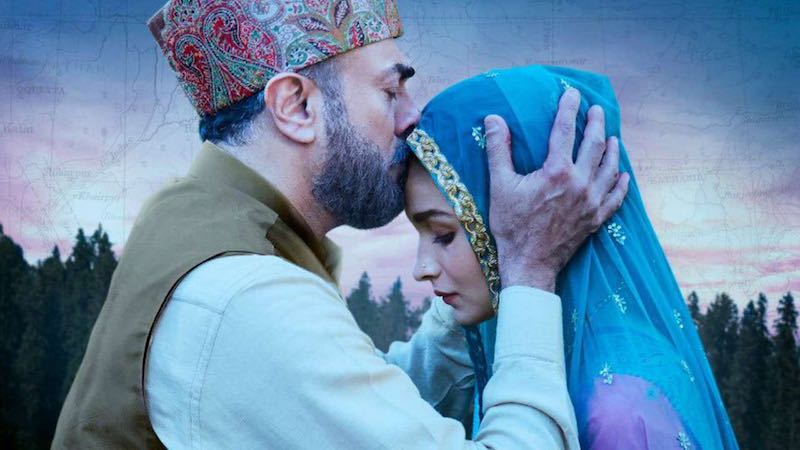 Alia Bhatt is having a dream run in Bollywood as her last three films have managed to enter the prestigious 100 crore club. We must say she has the knack of smelling good scripts.

Raazi is witnessing a phenomenal run at the box office. Despite the strong opposition from John Abraham and Diana Penty starrer Parmanu, Raazi has kept the cash registers ringing at the box office in its third week and now stands with a mammoth total of Rs. 104.32 crore. The screen count for Raazi will decrease as Veere Di Wedding and Bhavesh Joshi Superhero are arriving this Friday. Analyzing the current scenario of the film, it would end its theatrical run around 110 crores.

“Being a star kid and just six years old in the industry, Alia has made her mark on her own along with sheer dedication, putting a full stop to the nepotism debate. She is getting applauded from all spheres as she plays the lead protagonist in Raazi.”

Alia Bhatt also thanked fans and supporters for ushering in love for her film Raazi. This is what she tweeted: 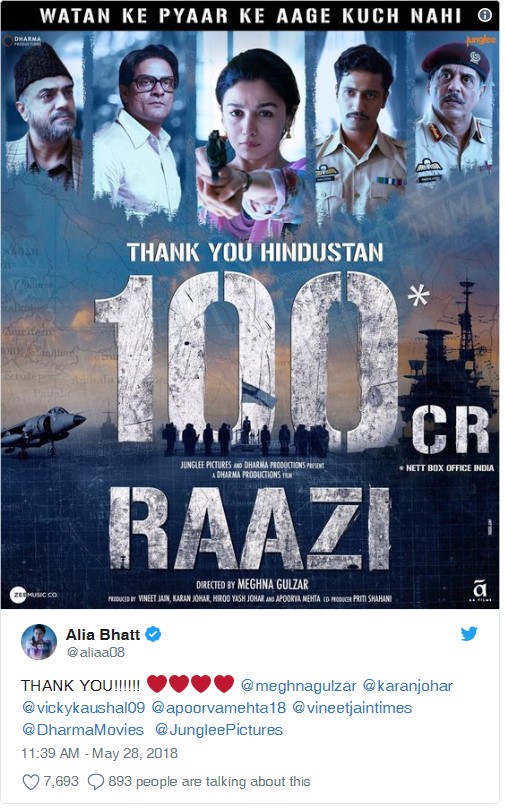 Raazi is based on Harinder Sikka’s novel ‘Calling Sehmat’, which is inspired by real events. Alia played an Indian spy, who is strategically married to a Pakistani Army officer on the order of her father, to extract valuable information to avert war. Post-Raazi, Alia has an interesting lineup of films in her kitty which includes Zoya Akhtar’s Gully Boy, where she plays the love interest of Ranveer Singh for the very first time. She also has Karan Johar’s Kalank which stars Madhuri Dixit, Sonakshi Sinha, Varun Dhawan, Aditya Roy Kapur, and Sanjay Dutt in lead roles and Brahmastra with Ranbir Kapoor.