Thirty-first Constitutional amendment passed by National Assembly and Senate last week has comprehensively abolished the word ‘tribal areas’ from legal and constitutional lexicon of the country.As these lines are being written, the KP Assembly is about to meet to give required endorsement to the amendment bill after which President will sign it to make it law of the land. It is hoped that the process will be completed before completion of the tenure of present assemblies on Thursday.

Not only have all the references to Federally Administered Tribal Areas in the constitution been removed but same has been applied to PATA (Provincially Administered Tribal Areas) in Khyber Pakhtunkhwa and Balochistan too. All agencies and tribal regions consisting erstwhile FATA have now become part of KP and with same laws and administrative structure as other parts of that province.

Under amended Article 246, areas included in FATA as well as PATA areas in province of Khyber Pakhtunkhwa have been merged with that province. PATA in areas in Balochistan have been merged in that province. Article 247, which barred application of federal and provincial laws to these areas and banished jurisdiction of respective high courts and Supreme Court to the region has been deleted from the constitution. With this, every law and regulation of the country will have same application in these areas/regions as other parts of the country and people of these regions will enjoy same protection of their rights as their counterparts elsewhere in Pakistan.

It may be mentioned that hitherto only about 180 laws out over 25-volume strong Pakistan code were applicable to FATA. The case of PATA was not much different.

According to the law of evidence, judging the authenticity of evidence is the responsibility of a trial court. However, here we had a SC judge validating and rejecting presented evidence

It is not clear if the law has been extended to FATA or not. Even if extended, without suitable changes in article 247 it would have been inconsequential. Now with total deletion of article 247 and merger of FATA into KP,the extension of the jurisdiction of Peshawar High Court and Supreme Court to FATA is unqualified, total and comprehensive. Same is true of PATA regions in KP and Balochistan with respect to provincial high courts and Supreme Court.

People of hitherto FATA region have been given representation in provincial assembly of KP. Under amendment in article 106 of the constitution twenty-one additional seats have been provided for in provincial assembly of Khyber Pakhtunkhwa. These will include 16 general seats, four reserved for women and one for Non-Muslims. The seats are strictly in accordance with the share of hitherto FATA region will have in ‘new KP’. Due to short time available till July 25 elections, it has been provided that election for these seats will be held by July 2019.

Seats in the National Assembly are distributed in accordance with the population as ascertained in last population census published. FATA, due to its special status, was given inflated representation in the National Assembly. Presently, average population per seat in other parts of the country is around 0.78 million while that in FATA is just over hour hundred thousand. With the merger of FATA and its placement at par with other areas of the country the seats in the National Assembly for the region will reduce from 12 to six. Additionally, eight seats allocated to FATA in Senate will also go away. However people of FATA will elect their representatives in accordance with the existing setup during July elections and the MNAs so elected will complete their five-year tenure. Similarly, present members of Senate from FATA will complete their tenures.

Most importantly, dreaded Frontier Crimes Regulation, FCR, which British colonial government had devised to strangulate the tribesmen will be no more; the unfair and draconian law of vicarious and joint liability of the whole tribe for crimes of any member of that tribe under which members of tribal areas even longtime settled outside FATA were held responsible for crimes committed by someone else in their native areas, will be abolished forever. Normal policing and judicial system will replace it. Unlike Malakand Division, where confusion regarding applications of different laws existed till today and had created a number of insurgency-like situations, the present amendment is very clear. The old system has been abolished altogether and replaced with what is being practiced across the country.

Important taxes, including custom duty and income tax, were not extended to FATA and PATA. With the abolishment of their tribal status, all taxes will become applicable in the regions. Prime Minister Shahid Khaqan Abbasi has however promised that the regions will be given tax holiday for five years. Though FATA reforms have been on the agenda of government, parliament and political parties for many years, the sweeping changes which present amendment has made were not envisaged at least by the ruling party, government or various committees it had established. Sartaj Aziz-led committee in its recommendation had just recommended not merger but integration of FATA in KP. It did not recommend extension of all laws to the territory but certain changes in the FCR through new ‘Rewaj Act’.

Constitution amendment bill introduced in National Assembly in May 2017 only provided for giving FATA representation in KP Assembly without any changes in the status of the region or other tribal areas of the country. No changes in Article 1, 246 and 247 were proposed. Even those cosmetic changes were stalled as small but influential allies of ruling PML-N, namely JUI-F and Pk-MAP, opposed the move. Now momentous changes have been made despite fiercer opposition by the same allies.

It seemed that the issue of any sort of reforms in FATA had been put off atleast till the election of the next government. However, suddenly everything changed with the National Security Committee meeting on May 19 in which merger of FATA into KP along with changes in acts/orders governing Gilgit-Baltistan and Azad Jammu and Kashmir were approved and concerned ministries were asked to prepare proposals. These decisions were adopted by the Federal Cabinet in its May 22 meeting. The same day, Prime Minister took parliamentary leaders from both ruling and opposition alliances into confidence. Thus the whole process of FATA’s comprehensive merger was completed within a week of National Security Committee meeting.

It seems the acceptance which Pakhtun Tahaffuz Movement has been receiving in FATA and among FATA diaspora in other parts of the country has prompted the security establishment to nudge government into making such far reaching changes in governance of the region. As Senator Raza Rabbani said in his address in Senate the other day, it would have been better if parliament on its own had taken the initiative. It would in fact be heartening and a source of strength for the future of democracy in this country if such democratic steps are in fact suggested by the security establishment which in the past has been accused of stalling the same. 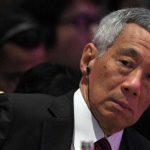