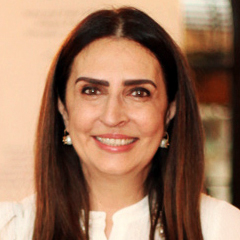 The unbearable darkness of waiting

Three missed calls. I wondered who was calling so persistently from a strange, unknown number. I finally answered the phone warily, ‘Kaun?’ (Who is it?).

Shock waves swept through my being. My knees almost gave way. My mind was churning. Could it really be Shahbaz?

Four and a half years ago, on a balmy, hot and humid day, my elder son Shahbaz was kidnapped a stone’s throw from our head office. He was quickly bundled into a car that sped off to a predetermined location. It was a well-planned and well-executed kidnapping. But for one hitch: a last minute attempt to steal his sports car, which went awry and helped us greatly. The kidnapper was unable to start the car, and called his friend, asking to be picked up. In all this, he dropped his phone, which was recovered through a series of dramatic events, leading to most of the gang being captured.

The leader of the pack, and his prisoner, however, escaped through police check points with relative ease. My helpless son arrived in North Waziristan, where he was moved around to different locations for the next four years. Until eventually he was taken to Afghanistan. To say he was mistreated would not do justice to how he suffered through the lack of any regard and respect for a human being; the lashings, and the starvation; the vicious verbal abuse; the anxiety of being separated from loved ones; and the illness and fear. Fear of drones and bombings. Fear of learning to sleep with a suicide-jacket on. Fear of torture. Fear of the unknown.

At home, we were left in shock. Barely having come to terms with the loss of my husband, Salmaan Taseer, who was gunned down in broad daylight by a member of his own security team, now my family was being ripped apart yet again.

We waited for the first call, and eventually it came in the form of a video. This was the only bearable video where my brave son spoke in an even voice, no sign of fear in his hazel eyes. Moving away from the scripted message, he deftly sent a message to us, saying ‘I’m not made from a wood that burns easily.’ A haunting message, sent to me many moons ago by my husband when he was a political prisoner incarcerated in the Lahore Fort during General Zia’s dictatorship.

Many phone calls came over the next four years, sometimes three or four times a week. Many ghastly videos were received, images of which left indelible marks on my mind. We spoke a few times on the phone. The first time was a goodbye call. How does one say goodbye to their child? I recall biting my lip to stop myself from crying, trying to sooth and console my child. He was in the hands of men who did not deserve to be called human. They were beasts. Their lives were so different from ours. They reveled in our misery and rejoiced in our loss. Their demands were impossible to meet. The situation was absolutely hopeless. Yet I could not give up hope.

As the days became months and years, we tried to pick up the pieces of our fragmented lives. My other two children, my daughter-in-law, and I had to face life and carry on. Empty hollow lives, yet we carried on. My concern was always how Shahbaz was dealing with his life being robbed from him. We needed to be strong for him, to somehow bring him home one day.

On the 8th of March last year, out of the blue, the call came. I first called Shahbaz’s father-in-law and gave him the mobile number so that he could speak to him. During this time, I messaged my son Shehryar, my daughter Shehrbano, my daughters-in-law Maheen and Reema, and my sister and brother, simply to inform them that Shahbaz had escaped and help was on its way. The next call was to an army general who had assisted us throughout the kidnapping ordeal. He knew the location outside Quetta, and a team had been sent to bring Shahbaz to safety. Those fifty minutes were fraught with tension. I had no idea if this was a set-up or a trap we were walking straight into. I rushed home to my kids. We all held on to each other, praying for this ordeal to finally be over, suppressing tears and anxiety, optimistically waiting for a call, hoping for this dramatic story to have a happy ending.

Finally, the general called us. ‘Your courageous son is in safe hands,’ he said. ‘He is not made from a wood that burns easily.’

I still marvel at the miracle; against all odds my son escaped and returned home. And our family became one again.

The writer is the Chairman and CEO First Capital Group