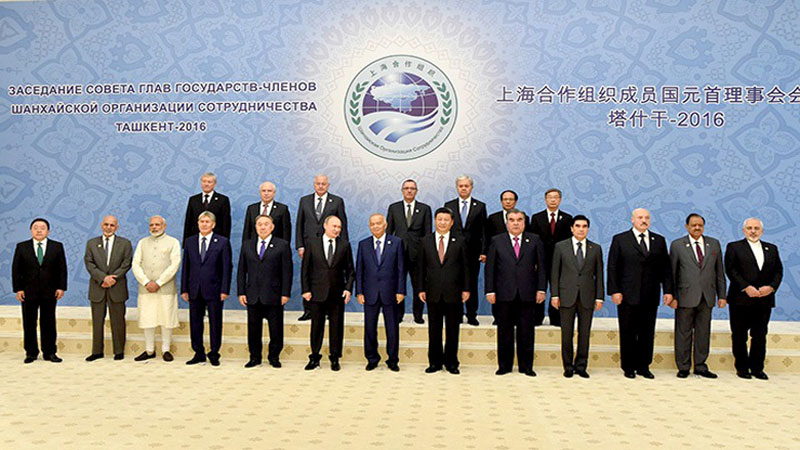 BEIJING: A report, published by Chinese think tanks, praised the Shanghai Cooperation Organization (SCO) as a model for cooperation among countries with different political systems.

The report on the SCO’s development in the 17 years since its inception was released by the Chongyang Institute for Financial Studies at Renmin University of China and the Institute for Central Asian Studies of Lanzhou University.

“Cooperation among the SCO member states, which have implemented quite different political systems, faces more difficulties and requires more efforts than countries with similar political systems,” said the report.

Despite differences in political systems, the SCO member states have achieved mutually beneficial and win-win cooperation through effective negotiation and coordination, it said.

The SCO sets an example for other countries to go beyond differences in social systems, ideology, development models and civilization, and carries out extensive cooperation in politics, economy and security, among others, the report noted.

The SCO was established in Shanghai in 2001, with China, Russia, Kazakhstan, Kyrgyzstan, Tajikistan and Uzbekistan as founding members. India and Pakistan joined the SCO during the Astana summit in 2017.

Since its inception, the SCO has become a comprehensive regional organization with vast influence. With the inclusion of India and Pakistan, the eight SCO member states now account for more than 60 percent of the Eurasian landmass, nearly half of the world’s population and over 20 percent of global GDP.

“The SCO’s sustainable development is an opportunity for member states, rather than a challenge, and a blessing for the international community, rather than a threat,” said the report.

China’s leadership role in the Shanghai Cooperation Organization (SCO) is important as China’s gross domestic product surpasses the combined total of all the other members, offering immense opportunities for member states to benefit at bilateral and multilateral levels, an Indian expert has said.

“I believe the ‘Chinese approach’ could be instrumental in paving not only the way for mutual assurance, but also a more open Eurasian region,” said B.R. Deepak, a sinologist and professor of Chinese Studies at the Delhi-based Jawaharlal Nehru University in a recent exclusive interview with Xinhua.

Moreover, the “approach” has other components such as mutual respect, non-conflict, inclusiveness and win-win cooperation, he said.

“The Belt and Road Initiative (BRI) is part of this approach, and I believe it remains one of the most attractive mechanisms for connectivity and economic cooperation, even though some have looked at it through the prism of geopolitics and security,” he said.

Through advocating the BRI, China has already asserted its leadership role in Eurasia and most of the economic corridors of the BRI run through Eurasia, which will not only bring about physical integration, but more importantly economic integration as well, thus providing regional peace and stability, said Deepak.

With India and China, the two largest and fastest developing SCO members, the contributions they are making together with other members to the global economic growth and prosperity are quite significant, said the Indian scholar.

The SCO has become an important multilateral institution to promote regional security, yet it is not a military bloc or an alliance directed towards any specific country, he said.

In the 16 years of its evolution, the SCO has emerged as an excellent multilateral mechanism for regional security, economic cooperation and transnational connectivity, he said.

Through the “SCO spirit,” the organization has emerged as one of the most successful multilateral institutions in the world, he said.

It has been instrumental in gradually realizing regional economic integration, and member states are gradually aligning their development strategies, he added.

The inclusion of India and Pakistan in the SCO has certainly extended the SCO’s multilateralism to South Asia, thus expanding its diplomatic, economic, cultural and security boundaries, and making it perhaps the world’s largest multilateral institution in terms of population and geographical area, he said.

Deepak said that China has agreed with other members that the SCO is not a security or military bloc directed against any country, and that its priorities are peace, stability and prosperity in the region as well as the collective fight against traditional and non-traditional security challenges.

In his opinion, it would make sense if India’s connectivity projects, especially the North-South Transport Corridor (NSTC), and various other connectivity inside India and Southeast Asia could be combined with similar Chinese initiatives in Central Asian countries and Russian projects in the region.

“Fighting terrorism, separatism and extremism is another important goal of the SCO ever since its formation in 2001,” he said. “I believe the expansion of the SCO would entail a more coordinated approach on terrorism.”

“The sharing of intelligence, counter-terrorism operations and combat experience etc. of various countries will come in handy,” the expert said.