Yet another tax scam

Numerous stories of tax scams appear in the media involving billions but nothing happens thereafter — in most of the cases, matters are hushed up and even reporters do not bother to follow up their own stories. However, the latest scam involving tobacco companies not only caused colossal loss of revenue but also played havoc with health of millions of Pakistanis. Due to lowering of taxes, consumption increased manifold but tax plunged drastically. Had it happened elsewhere in the world, by this time all the culprits would have been behind bars and adequately punished under the law — alas in our country such heinous crimes remain unnoticed and the culprits flourish by minting billions. They evade taxes and flout the rule of law with impunity. What makes things more painful is the fact that all this happened through collusive arrangement between the apex revenue authority and big audit firms that also render tax services to the companies they give clean reports!

A story appeared in Press on May 24, 2018 reveals that “the Public Accounts Committee (PAC) has recommended a Supreme Court-led investigation to unmask those who have given a whopping Rs.33 billion in benefits to two cigarette manufacturing companies by changing their tax structure”.

According to details, the Auditor General of Pakistan (AGP), in a special audit report, prepared on the direction of PAC, concluded that Federal Board of Revenue (FBR) sustained loss of Rs 33 billion in just one year due to introduction of the third-tier tax structure through SRO 407(I)/2017 dated May 29, 2017 against the previous two-tier structure under SRO 473(I)/2016 dated June 3, 2016. The third-tier imposing just Rs. 800 as Federal Excise Duty (FED) was 50 percent less than the lowest previous rate. The AGP claims that after this change, two major players in the market shifted their famous brands to the lowest tax slab and sold their cigarettes with 50 percent reduction in FED. The AGP’s report alleges that this enhanced the sales of companies but revenues registered a substantial decrease.

Pakistan is controlled and ruled by different mafias — people having colossal untaxed assets generated. These mafias have crippled state institutions. The FBR, being their handmaid, protects them through tax amnesties or non-action

The most alarming part of AGP’s report is: “Before price reduction, 23 percent smokers were smoking less than five cigarettes a day. But after the price reduction now only one percent of the total smokers smoke five cigarettes a day and others have increased consumption”. Where was the Ministry of Health when it was happening? After these revelations the Press and civil society should join hands to unveil the ugly faces behind the disastrous move. The Chairman PAC reportedly claimed that he had the lists of officials of FBR “who took the gifts”. Why did Chairman PAC wait till the end of the tenure of PAC to reveal all this? It is an ugly joke with the nation. Loss of revenue is important but more important is health of citizens. The Parliament should have imposed sin tax of over 200 percent on cigarettes to discourage smoking. The UK has recently imposed sugar tax to refrain people from consuming fizzy drinks. This is how taxes are used to safeguard health of citizens and counter wasteful consumption.

It is pertinent to mention that Pakistan is amongst one of the largest consumers of tobacco in the world — around 25 million Pakistanis of 15 years and above are smokers. The World Health Organisation (WHO) and all other world bodies recommend that at least 70 percent of price of the cigarette should be levied as tax in order to discourage smoking but FBR has been lowering the same for the powerful merchants of death — big cigarette companies.

Till fiscal year 2013-14, FED collection from tobacco industry was based on two-tier tax structure and collection was Rs 70.73 billion — 99 percent of it came from two multinational companies (MNCs). In addition, the sector paid Rs 17.7 billion as sales tax. In 2015-16, the collection from tobacco sector under FED and sales tax reached Rs 114.2 billion. After the introduction of the third tier, turnover of MNCs almost doubled but FED collection plunged to Rs. 60 billion. The tax paid in 2016-17 by MNCs was far lower than mandatory requirement of 72 percent — during the first ten months of the current fiscal year it went as low as 42 percent.

One wonders why a high-powered body like PAC has suggested investigation by Supreme Court in a matter where tax was imprudently reduced by FBR through an SRO without the approval of Parliament. On the one hand the outgoing Parliament has been complaining that Supreme Court was encroaching upon its territory and on the other PAC has now asked for intervention of apex court in a matter that falls in its exclusive jurisdiction. PAC after failed to bring the culprits to book wants to send the ball to another court! Obviously there was lack of sincerity of purpose on the part of PAC and Parliament during their term.

Whatever the outcome of this tax scam, one thing is clear that members of National Assembly throughout their tenure of five years showed little interest in examining such cases, punishing the culprit and retrieving tax losses through PAC. It could have substantially increased tax collection and establish a tax culture leading to improving voluntary compliance.

The report of AGP confirms that nothing has changed in FBR even after the so-called reforms funded through loans worth millions of dollars. It is a sad reflection on FBR’s top management. The mafia-like acts of FBR has encouraged the corrupt, criminals, tax evaders, smugglers, drug dealers, terrorists, rent-seekers, and profit-hungry unscrupulous businessmen not to pay taxes but just give officials their ‘share’. In quid pro quo the FBR’s stalwarts kept on drafting numerous amnesty schemes for them to whiten their untaxed assets by just paying 2 to 5 percent.

The tax officials occupying key posts are holding the same for serving political masters and not the people. They create favourable tax regimes and concessions for the mighty businessmen — the episode of giving unprecedented relief to tobacco companies is a classic case.  The unholy alliance between the tax evaders and their advisers and tax officials has been depriving the national exchequer of billions of rupees.

Pakistan is controlled and ruled by different mafias — people having colossal untaxed assets generated. These mafias have crippled State institutions. The FBR, being their handmaid, protects them through tax amnesties or non-action. The tax evaders, profit-sharking MNCs, plunderers of national wealth, the corrupt, drug barons and extortionists have captivated the state functionaries. In these circumstances, tax evasion and frauds can only be countered through a permanent public commission, representing the people from all walks of life, which should probe the cases, release its reports in the Press on monthly basis, recommend actions for retrieval of tax losses and suggest punitive measures against the culprits. 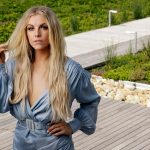 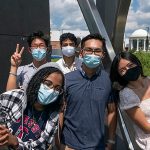 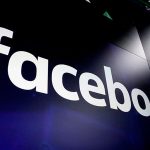 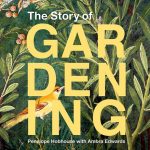 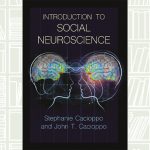 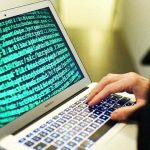 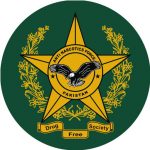 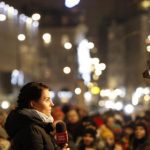 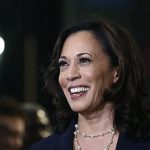 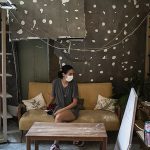 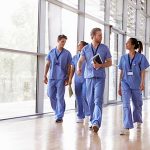