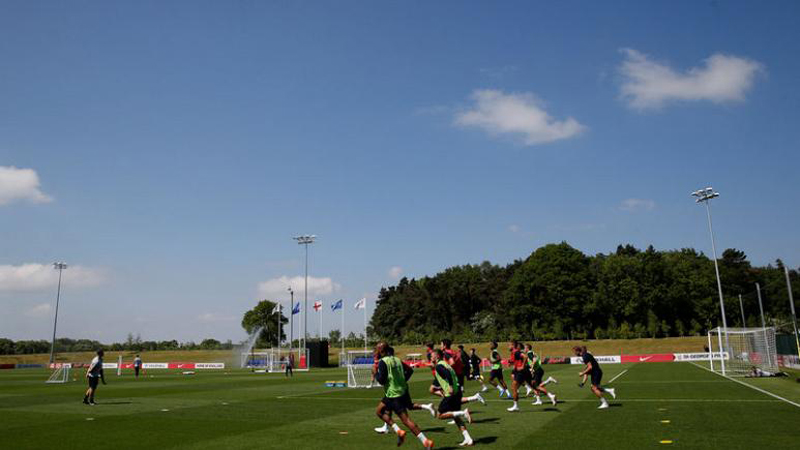 LONDON: England arrive at the World Cup in Russia without the noisily optimistic drumbeats that often accompany them to major tournaments. Years of underachievement and disappointment have doused any serious hope among supporters and jingoistic media that England will finally emulate the feats of 1966 and win the World Cup. Statistically, they remain one of the major teams most likely to qualify effortlessly for tournaments but least likely to win one. Unbeaten in qualifiers for major tournaments since 2009, they have won only six knockout games of international football since that day when Bobby Moore lifted the Jules Rimet trophy at Wembley Stadium.

It is now 12 years since they beat Ecuador to reach the World Cup quarter-finals where they lost to Portugal on penalties, a familiar English fate over the years. Their last two major tournaments have been disastrous, with exit in the group stages in Brazil in 2014 followed by ignominious defeat to Iceland at Euro 2016, a result that pitched the team to an historic low and predictably cost manager Roy Hodgson his job. In fact, there was more ignominy to come with the bizarre 67-day stewardship of Sam Allardyce, who departed after a newspaper sting, before current manager Gareth Southgate was promoted from the Under-21 team. Southgate, who was an accomplished defender, is one of the few England players of recent vintage to have known relative success at an international tournament having been in the side who reached the semi-finals of Euro 96.

But he also knows the heartbreak, having missed the penalty in a shootout that paved the way for Germany to progress to the final. In his quietly effective way, the manager has stitched together a team who, after a tedious procession of qualifiers, are starting to show promise. In captain Harry Kane, they boast one of the tournament’s most deadly front men although finding the right creative midfielders to supply him has proved problematic. Southgate has real attacking talent to choose from in Manchester United’s Jesse Lingard and Marcus Rashford, plus Kane’s Tottenham team mate Dele Alli and Manchester City’s Raheem Sterling, with the ever-dangerous Jamie Vardy likely to be unleashed as an impact substitute. Further back, the manager has experimented with goalkeepers and centre backs around a formation that flits between 3-5-2 or 3-4-2-1, with John Stones, who has struggled to hold down a starting spot at Manchester City this season, likely to be the defensive linchpin. Assuming they survive a favourable group draw that has pitted them against Belgium, Tunisia and Panama, they face a likely knockout game against Poland or Colombia followed by a possible quarter-final against Brazil, which would be a repeat of 2002 when England narrowly lost. No one with a sense of history is looking beyond that.