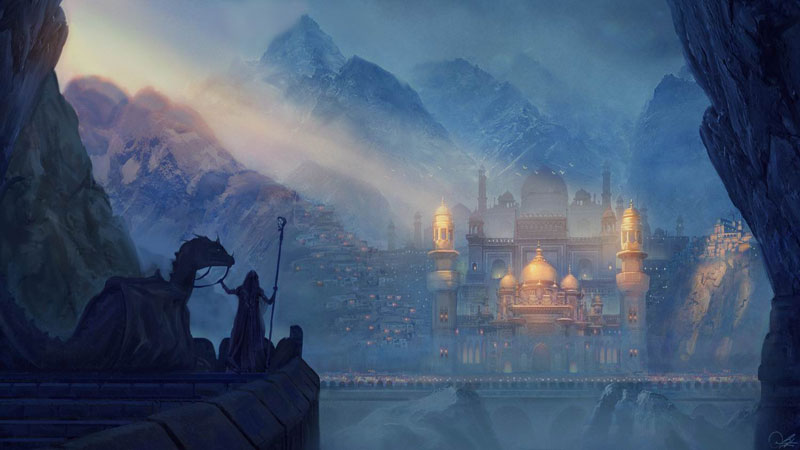 Wali saw real fire in Grampa’s eyes; the orange flames danced against the livid sky and clouds of smoke rose from them. He could almost see the tall, slender neck of the dragon sway as it breathed fire through its mouth and nostrils. As his grandfather spoke, he fell deeper into his spell and began to notice the details of the dragon’s skin. It was unlike anything he had seen in movies or read about in books on Dragonology. Although the creature preserved the mystical quality of its predecessors, it was innately different. Its body had a silky chiffon like texture with no scale in sight. The skin was immaculately smoothened out and lacked the sharp features that most dragons were famous for. Even the shadows softened their manner before hitting its silhouette at varying degrees and angles. Its enormous wings cascaded around its body in a gothic manner, adding the roughness that was missing from its centre; these were heavily feathered with a raised callous-like quality woven into their skin.

Wali noticed that the dragon did indeed have scales, they were definitely there but faint as if they had not yet broken out of the skin but were eagerly waiting to, beneath the surface. This struck him as odd. He desperately wanted to prod his grampa about it but couldn’t risk the image dissipating from his mind. It had taken a long time to get him here; several months of postal beggary and innocent misrepresentations. Wali’s grampa had enjoyed narrating stories about mythical creatures during his younger years but as he had grown older, he sensed a curious resistance in him. Something had changed about his manner but when Wali discussed it with his father, he reminded him that nothing in life ever stayed the same, so he let it slide. Besides, sometimes Grampa’s memory failed him and it took time for him to remember certain details which was why things didn’t always manifest themselves in one go. Wali didn’t mind as long as he got to visit the different worlds his grandfather painted with his tongue like a wet brush gently stroking the canvas of his mind.

Although the creature preserved the mystical quality of its predecessors, it was innately different. Its body had a silky chiffon like texture with no scale in sight. The skin was immaculately smoothened out and lacked the sharp features that most dragons were famous for

Wali would drag the beige coloured floor cushions with mirrored details, over to the battered old couch in his grampa’s study and sit down beside him to savour every word. The art of storytelling was not dead as his school teacher often claimed. It was alive and breathing in the heart of Lahore, in an old one kanal house located on Mall Road. In the courtyard of the house were trees as tall as the sky, palm trees. They swished and stirred even when the wind was still, bound by habit. Wali often questioned their loyalty to the sky as he watched them bend at the mere nudge of the wind, teasing the earth of promises they would never fulfil. The windows of the house were covered with hole ridden wooden shutters and the staircase was an uneven oddity without a bannister. There were many things about the house that made it dangerous for young children but Wali remained undeterred every time his parents voiced their concerns. He loved the antiquity of the house, to him its sounds narrated a story of their own such as the staircase that creaked too often. Even the wind that blew through the shutters howled as it found passage, and pipes that ran through the foundations of the house often protested in the night.

Wali was fully engrossed in the vision of this dragon, he had even given it a few characteristics of his own, such as a permanent sneer. The world that Grampa built was expansive. It had an entire ecosystem that supported it, and it belonged entirely to Wali. For him, that was the best part. 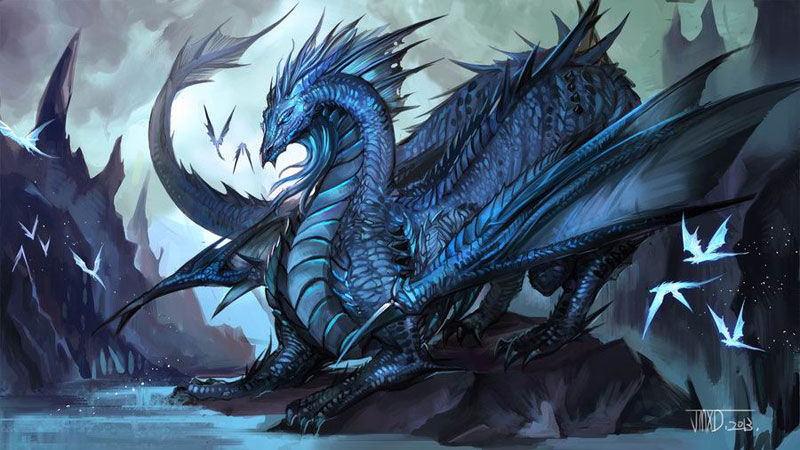 “Aqeeq,” Grampa professed with authority. “His name was Aqeeq. The story I am about to tell you is his story. He was a Blue Dragon from the Isbay’khta tribe. They were a rare species that dwelled in the forests of Gnydillin. They were hidden from sight by a clan of witches with whom they had forged an alliance. They cast a veil over them for their protection and preservation. The dragons only manifested themselves to those whom they considered worthy. So, are you worthy, little one?” Grampa ruffled Wali’s mousey brown hair and gave him a playful nudge. Wali nodded. He was definitely ready to embark upon his new quest but remained unsure of what Grampa meant by being worthy. He would, of course, find answers on his journey through the forests of Gnydillin while riding on Grampa’s steed of thought, and every once in a while he would even encounter the occasional blind spot Grampa’s mind was prone to…

The second chapter of this story will be continued next week