Manzoor Pashteen: we are still confused about our heroes

If the army chief says that peace is restored in tribal areas, then why are the locals making demands for the restoration of peace? 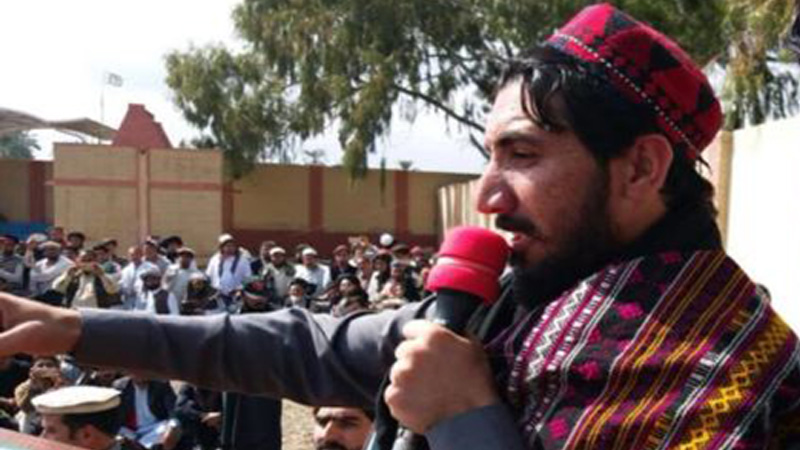 Pakistan has a unique ‘production unit’, producing heroes and villains, traitors and patriots or whatever you want to manufacture at will. Labelling someone a hero or villain isn’t new to this country. There are countless traitors in this country, and an equal number of heroes.

If you are a nationalist and demand equal rights, you would no more be in good books of the ruling elite. Your criticism of even the founders of Pakistan can be ignored but not that of the holy cows.

Bloggers and rights activists are being detained in this country for their views. So much for the freedom of expression.

Few days ago, I was sitting in a café shop in a posh area of Lahore when a lady in her 30s whispered to her male friend: “You know, Manzoor Pashteen is a traitor? He is working for the Indian intelligence agency ‘RAW’. Jalila Haider is also a spy who is trying to sabotage China-Pakistan Economic Corridor (CPEC)…”

I was shocked to listen to these remarks. Manzoor Pashteen and Jalila Haider have become celebrities without even taking up arms. Although Jalila ended her five-day hunger strike on May 2 after a successful meeting with the Chief of the Army Staff, she started her sit-in because nine Hazara Shia Muslims had been killed since March this year and, obviously, this was not the first such instance.

I remember the historic long march of Mama Qadeer who was also ‘trying to malign the peaceful image of Pakistan’.

72-year-old Mama Qadeer started his journey with some female activists from Quetta and ended it in Islamabad. I joined the long march from Lahore. Mama Qadeer’s major demand was to release illegally detained Baloch rights activists.

I affirm that this long march was an extraordinary effort of peaceful resilience. But, apparently, the state doesn’t like ‘peaceful movements’.

It is not a new phenomenon.  We saw Mohandas Karamchand Gandhi’s Salt March some 90 years ago. Mama Qadeer’s long march broke that record too. But then we observed with sorrow the end of Mama Qadeer’s movement with the killing of young and energetic rights activist Sabeen Mahmud.

We also have seen brutal terrorism in Kurram Agency, which is one of seven tribal agencies of Federally Administered Tribal Areas (FATA), and after every terrorist activity we saw protests and sit-ins, but the government remained unmoved.

Many analysts, who claim expertise on every issue, remained silent.

The security observers have been expressing concerns on the continued massacre of Shia Hazara Muslims and terror activities in Kurram Agency, but due to the media blackout, we never get to know about it.

If you have seen some posters hanging on the electricity poles in Swat stating that Tehreek-e-Taliban Pakistan (TTP) supports PTM, it is possible that this is true, but if it is, it also means that TTP is still alive in Swat valley

In June and August 2017, two major sit-ins of Shia community were held in Parachinar, and they only got media attention when the peaceful protestors were fired at. COAS promised to visit the area, but he couldn’t fulfil his promise for some undisclosed reasons.

The COAS said some days ago: “Just after peace returned to FATA, people have started another movement.”

Fascinatingly, the present movement has nothing to do with the militants or militancy. Pashteen too is demanding peace. It may just be that his definition of peace is different from that of the army chief, who of course has lived a significant part of his life on the war front.

But the recent graduate of DI Khan’s Gomal University, Manzoor Pashteen, doesn’t agree with this definition of peace as he is demanding normalisation in his region. And that is why he had founded Mehsud Tahaffuz Movement (MTM).

MTM was founded on the bases of tribal affinity but after the extrajudicial killing of young Naqeebullah Mehsud in January this year in Karachi by the ‘brave kid’ of former President Asif Ali Zardari, Rao Anwar. MTM became a leading nationalist group of all Pakhtuns and the group leadership has now renamed it to Pakhtun Tahaffuz Movement.

So, the state should tackle the newly founded nationalist organisation carefully which is also demanding the release of the missing persons. Right now, Pakhtuns, Baloch and Sindhis, all are demanding release of their loved ones whom they believe are subjected to enforced disappearance.

We also need to deeply observe the claims of returning peace in Waziristan where according to the locals, ‘People are facing multifaceted challenges from the 80s. Security establishment needs to understand the concerns of the community.’

If the army chief says that peace is restored in tribal areas, why are the locals demanding restoration of peace? In the words of former US President Ronald Reagan: “Peace is not the absence of conflict. It is the ability to handle conflict by peaceful means.”

Jalila Haider’s five-day sit-in also proves that we are still trying to restore peace because we are facing violent activities across the county. COAS met Jalila Haider, and her sit-in ended peacefully. If we want to avoid the emergence of another MQM, we need to listen to the grievances of Pakhtuns too.

Propaganda is not always effective.

If you have seen some posters hanging on the electricity poles in Swat stating that Tehreek-e-Taliban Pakistan (TTP) supports PTM, it is possible that this is true, but if it is, it also means that TTP is still alive in Swat valley.

We need to accept that we are ignoring Pakhtuns’ basic right to live a peaceful and prosperous life without the fear of terrorism. Therefore, we need to give them a sense of ownership on their own land and thus avoid sit-ins in future.

People often unite on one-point agendas. It is possible that PTM has political motives too, but at present, they are united for peace, and it is a fact that Pakhtuns from Peshawar to Chitral are supporting PTM in big numbers. We need to talk to them.