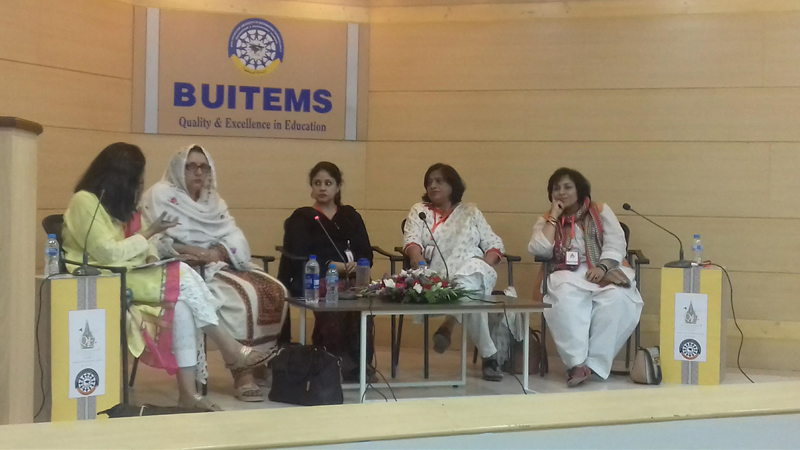 The session named “When Peripheries Recede into Background in the Age of Digital Reporting” was moderated by famous talk show host WasatUllah Khan. Guest speakers were from different media channels: Ali Arqam, Faizullah Khan, Zafarullah Khan and Ali Shah. They discussed the role of Pakistan’s mainstream media, observing that it was limited just to four cities and that mainstream journalists had no way to get to the ground realities in the rest of the country. They added that real journalism was missing in Pakistan because of commercial interests, ratings, and lack of training. In this regard, Ali Arqam from NEWSLINE magazine said that journalists were now playing the role of public relations professionals for political parties and most of the media owners were responsible for this since they were not interest in public issues. He said, “we accept our mistakes that Quetta is given coverage only when there is an incident of violence in the city.” 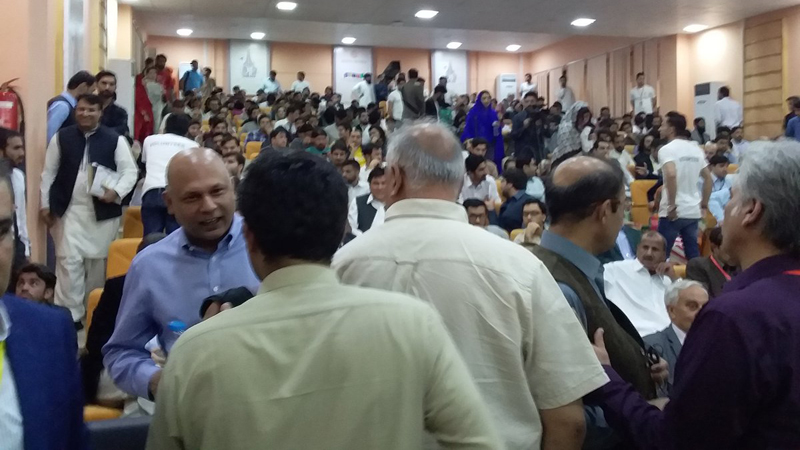 Faizullah Khan talked about the negative role of media, “Media is commercialised and it sells products. It’s like OLX”. He explained further, “our media has crossed societal morals and social value as compared to the past. There were experts and policy makers who would filter the news and then report but now that is not the case.”

Wusutullah Khan said that in the past, journalists were poorly paid but they still reported on issues in a comprehensive manner and presented great analysis. Nowadays, he said, journalists thought of themselves as celebrities and they were earning huge salaries. He added that it was time to exert collective efforts to protect the sanctity of the profession.

Sajjad explained the history and the concept of development as it evolved overtime. He said, “we moved from Stone Age and that only happened due to human intellect, and in the five thousand years since then, huge developments took place in human history.” 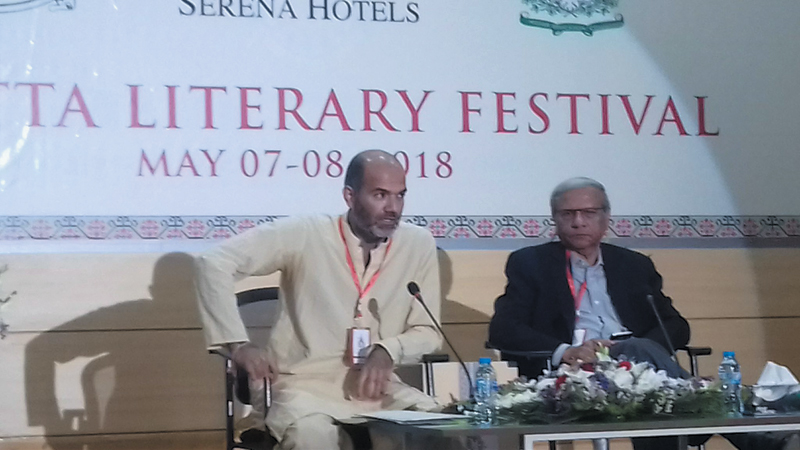 Akhtar said while humans were at the heart of the issue, but they seemed to be missing from most of the early discourses on development.

Economist Kaiser Bengali talked about the politics of development in Pakistan, saying that Kalabagh Dam project idea was manipulated by politicians. He said in 1990 when coal power project was started political parties and lobbying groups showed their biases.

The third session was on “Women for Women against the Monsters of Power and Tradition”.

LUMS professor Nida Kirmani talked about the issues faced by women in daily life. She said mostly women suffered due to sexual harassment incidents and there was a need to change patriarchal attitudes and mindsets. Giving the example of Pakistani society, she said that because of lack of knowledge about religion in the society, a handful of people could manipulate religion to suppress women. She said that resistance against such regressive attitudes had started and now women were fighting for feminism.

Amar Sindhu said that in rural areas of Sindh, women faced domestic violence and were killed in the name of so-called honour, but now many women were raising their voices against such practices.

Zubaida Jalal, an education expert and women right’s activist from Balochistan, said, “we have some so restrictions in the tribal system just because we have lack of Islamic knowledge with regards to women’s rights and freedom.”

“Ijtihad in religion and education is the only way to change mindsets,” she said.

Meanwhile, Nasreen Iqbal from Centre of Peace and Education lighted candles and expressed her sympathies with the persecuted Hazara community who lost their loved ones in recent sectarian killings.