If North, South Korea can make progress towards peace, so can we: Indian High Commissioner 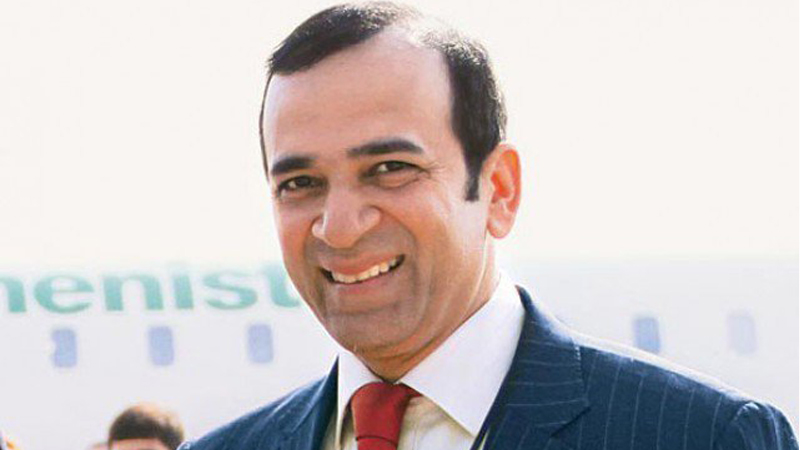 KARACHI: “The Indo-Pakistan relationship is at an interesting stage. There is a dire need to improve bilateral trade to bring it to at least $30 billion a year,” Ajay Bisaria, the High Commissioner of India to Pakistan, said on Monday.

He was speaking at a joint meeting of Employers Federation of Pakistan and South Asian Forum of Employers.

Others present on the occasion were Gaurav Ahluwalia, the counselor; and Akhilesh Singh, the second secretary.

Bisaria said that there was a potential of taking bilateral trade between the two neighbours to $75 to $80 billion. The largest barrier to enhancing trade relations is the complex history that underpins the bilateral ties of the two countries, he said, adding that the business community on both sides of the border should play a prominent role in initiating Track II Plus diplomacy to remove trade obstacles and enhance ties. He lamented the fact that when uncivil acts occurred, the peace process got pushed back, resulting in escalation of hostilities. He said that when North and South Korea could move towards peace, then the two South Asian neighbours could also move towards a favorable situation.

Bisaria disclosed that medical visas as well as visas for vulnerable groups were being given a priority, and he hoped that an relaxed visa regime would soon become a reality in the region. He assured the gathering that he would do all it took to improve the visa regime.

On Karachi, he said the city was a lot safer now than in the past, adding that the vibrancy of life and its business activities was a testament to the greatness of the city. He said that he and his colleagues took a tour of the city and thoroughly enjoyed their time.

Earlier, Majyd Aziz, the president of the Employers Federation of Pakistan as well as the president of the South Asian Forum of Employers, in his welcome address highlighted that various measures were needed to enhance trade. He said the EFP and SAFE were very active in promoting a closer relationship between the employers of South Asia. He said that for the first time, the annual SAFE Conclave was held in Karachi in February and the delegates were highly impressed by their visit to Karachi. The delegates who had come with misconceptions about Karachi changed their views after witnessing firsthand the peaceful environment of the megapolis, he said, adding that the EFP and other South Asian employers would be doing joint projects in training, base survey, and promotion of trade and requested all High Commissions and Consulates in SAARC countries to facilitate movements of representatives of these organizations. He said that the visa recommendations of SAFE member organisations should be given importance when considering visa applications.

Aziz also proposed that India should take matters related to CPEC, Iran Pakistan gas pipeline, TAPI, and removal of NTBs in a positive light. He said talks were being initiated to develop a transparent mechanism for transit trade through Pakistan. He also disclosed that with the cooperation of United Stated Institute of Peace, a proposal had been drafted for setting up an India-specific Special Economic Zone near Wagah.

Later, the EFP members expressed their views on promotion of trade, NTBs, and potential of more Pakistani products for export to India. The EFP will prepare a position paper on Non-Tariff Measures and NTBs for the Indian High Commissioner, the gathering was told. They said removal of NTMs and NTBs was essential before any decision by Pakistan to grant Non-Discriminatory Market Access to India. They also deplored that continuous increase in informal trade through either cross-border channels or through a third country. They demanded that it was high time that banks should be allowed to establish branches across the border. They also brought up the subject of social protection and the attainment of Sustainable Development Goals that should become a priority for South Asian countries.

The Indian High Commissioner invited a delegation of EFP and SAFE to Islamabad so that further deliberations could be held on various issues related to the business community. The meeting was attended, among others, by EFP Board of Directors, Ismail Suttar, Feroz Alam, Khalid Junejo, Humayun Nazir, Ather Iqbal, Mohsin Tabani, and Secretary General Fasihul Karim Siddiqui. At the conclusion, mementos were exchanged and publications were presented to Ajay Bisaria.