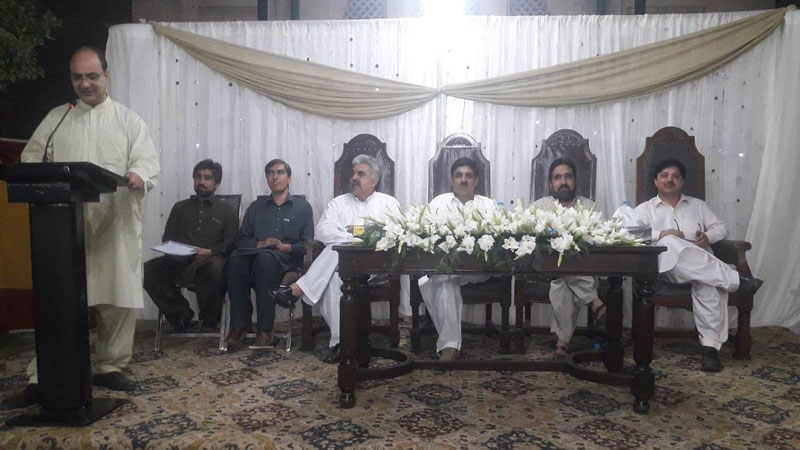 Pashto poets, on a moonlit night, gathered on the spacious grassy cricket ground of the Islamia College University, Peshawar and kept captivating the tasteful audience for several hours through their recitals. The Students Societies and Clubs (SSC) conducted the annual moonlit mushaira in which around 60 noted Pashto poets from parts of Khyber Pakhtunkhwa (KP) and FATA participated and shared their inspiring poetic pieces on a variety of topics.

Most poets touched upon social, cultural, political and cultural decadence, injustice, poverty, terrorism and manipulation of elections by corrupt politicians for their monetary gains. Only a few young poets focused on apostrophisation to moon for romanticising its celestial beauty and nocturnal charm, yet many others versified social issues in a befitting manner.

A visually-challenged poet, Habib Nawaz Angaar (also a PhD scholar at Pashto Academy, University of Peshawar), recited his poem in his velvety voice and received a standing ovation from the attendees

Prof Abaseen Yousafzai, chief organiser of the event, said ICU had been conducting moonlit mushaira for the last several years for the interest of the young students and it aimed at inculcating a creative sense and generating self-confidence among them. He said ICU would continue arranging such events for Islamians to develop a good literary taste.

The trio of humorous Pashto poets namely Zafar Shah Zafar, Zafar Ali Naaz and Zafar Khan Zafar stole the show while a visually-challenged poet, Habib Nawaz Angaar (also a PhD scholar at Pashto Academy, University of Peshawar), recited his poem in his velvety voice and received a standing ovation from the attendees.

Dr Naushad Ali Khan awarded a few poets with cash prizes while other guest poets received college souvenirs as token of respect for their talent. On the occasion, he appreciated the young poets for their active participation in the mushaira. He said he was pleased to know that young Pashto poets had respect and love for their country and also inspired other people to follow their vision.

Rizwanullah Shamaal, a young poet from district Dir, received rounds of appreciation and encore for his beautiful long poem titled ‘Iraada’ (Determination’. The crux of his poem was that the people had to determine their destiny for themselves while youth were required to make sacrifices for bringing about a substantive change in their society if they had to compete with the world nations.

Shahid Hussain Adil, a young Pashto poet from Malakand, told Daily Times that he and his colleagues enjoyed the open air Pashto mushaira despite their hectic intermediate ongoing examination schedule. He said such events helped young students get refreshed and it is an opportunity for them to speak out their hearts and minds in front of a huge crowd. 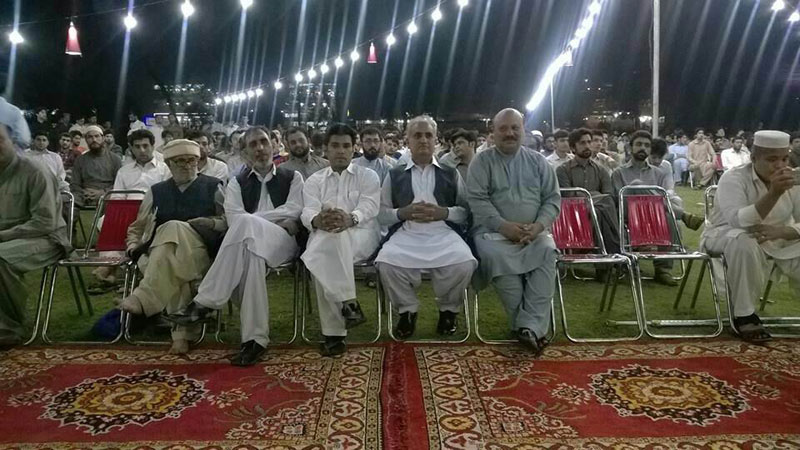 Senior writer, Prof Noorul Amin Yousafzay gave a brief introduction of moonlit mushaira tradition and also shed light on the history of Pashto language. He said, among thousands of languages, Pashto occupied the 41st position on the UNO checklist which showed its widespread significance and high literary value. He said Pashto language had survived despite lack of official patronage down the ages. He said only poets and writers had helped Pashto language to survive through a journey of over 5,000 years. He said poets had vision and creative strength to pinpoint problems and issues of the poor masses and every now and then they educated and guided the general public on situation being developed around them.

Engineer Mubarak Ahmad, an old Islamian stunned the audience by reciting his romantic poem ‘Bangree’ (Bangles). He recalled that he had been student of Islamia College, Peshawar way back in 1960 to 1962. He said he then moved to UK and remained there for over several decades and also ran a Pashto literary society there but ultimately his motherland called him back and he was happy once again be on the soil of his alma mater.