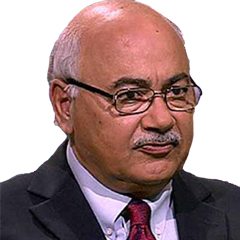 The holding of the PSL is indeed a great achievement for Pakistan, as the threats of terrorism loomed over the whole game till it ended. However, we cannot just rely on this undoubtedly remarkable victory over terrorism to sit back and bask in complacency. More than ever, we have to start proactively responding and even be able to predict such terrorist attacks.

In the ISIS wave, the world is reeling from a wave of terrorist attacks. As governments scramble to respond, researchers and analysts are attempting to calculate what the terrorism risk is and how it is changing. Such insights are crucial for those trying to foil attacks and for companies that offer insurance against terrorism, but it is neither an easy nor an exact science.

To calculate the risk of attacks, analysts must have access to a system for tracking events that have already happened. That is not straight… forward, in part because terrorism is hard to define — the boundary between crude acts of terrorism and violent insurgencies is blurry. One such effort has been the Global Terrorism Database (GTD) which provides insights into how terrorism has changed over the past few decades.

Overall, it shows that the number of reported events — from targeted assassinations to hijackings and suicide bombings — has sharply increased globally since the turn of the millennium, mostly driven by attacks in the Middle East, Africa and south Asia. In the years between 2005-2015, half of all global terrorist attacks, and 60 percent of all fatalities occurred in just three countries — Iraq, Afghanistan and Pakistan. By contrast, after the attacks in the United States on 11 September 2001, Europe and North America suffered relatively few successful attacks.

A terrorist event horizon is the time between the conception and execution of a terrorist operation and is the realm of analysts being able to identify targets and modes of attack and information about those involved from just about any point along the ‘Event Horizon’ where the indicator is first recognised. This is something that we desperately need the capability in, especially our law enforcement.

Changes in society are necessitating new paradigms for the collection and analysis of intelligence needed to support national security operations, and guide public policy, especially policing choices. In order for a terrorist or extremist group to mount significant attacks, they need access to the requisite weaponry and the ability to operate undetected. It could be argued that such a group would also need to operate below the law enforcement radar unless such an attack was to be funded solely by crime, a rarity. Predictive analysis or warning intelligence is needed to allow policing agencies to take action prior to a terrorist incident. However, the production of this class of intelligence is inherently difficult, and takes the time to generate, which we might not have in the state of current attacks in Pakistan.

Also, it requires engagement with policy makers in order for the assessment and discussion of differing hypotheses regarding emergent challenges, prior to determining policy responses, which the Pakistan Police is not privy to at the levels required. This engagement needs a broader strategic approach, rather than the prevailing policy of demands for immediate intelligence.

Traditional intelligence practices are not well suited to meeting the challenges posed by the dynamic nature of contemporary terrorism in Pakistan. This new environment contains a manifold of non-state actors, foreign hands and political objectives fed by an extremist ideology that is spread via new communications technologies. The current spate of TTP attacks exemplifies this, whereby they seem to relish the spread of their messaging by worried Pakistanis on social media, which plays into the terrorists’ hands.

Accordingly, it could be argued that no organisation is better suited to enhance domestic intelligence capabilities than local policing agencies. Intricate knowledge of local communities, offenders, crime types and patterns of behaviour make local police highly attuned to the environment they patrol. However, such Pakistani agencies are sorely limited in their ability to isolate and dedicate resources solely for counter-terrorism due to fiscal and resource constraints, thus limiting their ability to focus purely on intelligence.

In order for intelligence to give results, the organisation producing it must have the capacity to discern the challenges that the future may hold. This is hard to imagine for our Police, who are usually left holding one end of a puzzle that they may obtain through human Intelligence (HUMINT), with little or practically no input from intelligence derived from modern resources, or Signal Intelligence (SIGINT). The Counter Terrorism Department of some police forces are better equipped now than ever, but they also can’t claim to be fully functional especially regarding this vital area of intelligence.

The most we have are occasional halfhearted attempts to get some talented youths into some police CT formations, and then make them do the traditionally oriented Policing job roles. These young people soon move away, pushed by the lack of challenges of their jobs. These people may need intellectual challenges, no matter how good the salary offered. Worse, they may become just regular cops, doing nothing much differently from the Police formations. If only we invest in such people, these analysts may be able to recognise key fragments of intelligence termed indicators, the elusive terrorist ‘Event Horizon’. We need to start predicting it now.