No country for labour

* Thousands of workers remain unrecognised under labour laws, while contract system weakens those employed in industries despite SC ruling against it 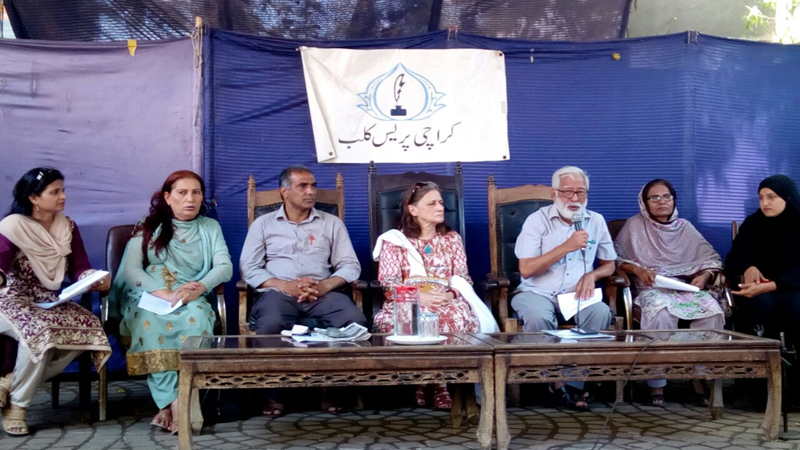 KARACHI: The federal and provincial governments in Pakistan do not appear to have learnt any lessons from tragedies such as oil-tanker blast at the Gadani shipbreaking yard, says a representative of the IndustriALL Global Union.

The union represents 50 million workers in 140 countries in the mining, energy and manufacturing sectors. Its representative says that the government in Pakistan had so far failed to comply with internationally-accepted labour standards.

The November 1, 2016, blast at Gadani was among the worst accident at the shipbreaking yard. It killed 33 workers besides leaving several others with injuries.

As the nation gets set to observe Labour Day today, Muhammad Suleman, a worker at Gadani shipbreaking yard in Balochistan, recalls the day of the blast that killed his close friend Sanaullah Hassan and 32 other workers.

“It was a horrible day. There were no facilities nearby to provide timely treatment to injured workers. As a result the death toll increased and many were left with disabilities,” he says.

Suleman says that family members of the victims received compensation after several months. “The government announced to ensure safety measures at Gadani and to provide health and other basic facilities. But even after passage of one-and-a-half-year nothing has changed at the site,” he laments.

Nasir Mansoor, the deputy general secretary of the National Trade Union Federation (NTUF), says that shipbreaking industry has international rules and regulations but at Gadani none of those rules are applied due to which workers are exposed to risks. “After the 18th Amendment, provinces were supposed to make new laws for the safety of the industrial workers, but unfortunately, the provincial governments, especially Balochistan government has not made any law in this regard,” Mansoor says, adding that the NTUF has drafted a shipbreaking law, but government has yet to endorse it. “Laws should be introduced to ensure safety of the workers of shipbreaking, mining and other industries and government must provide them basic facilities,” he demands. 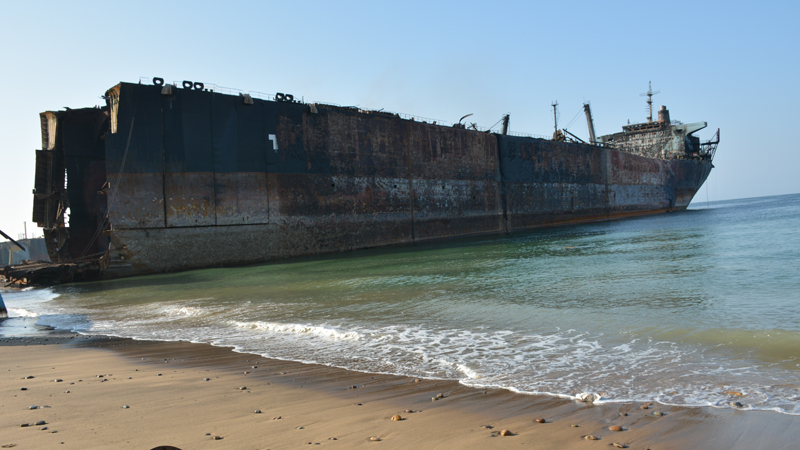 Workplace safety isn’t just a concern for shipbreaking or mining workers. Thousands of home-based workers, mostly women, in the glass-bangle industry work in poor conditions. Harmful chemicals used in the industry are known to cause cancer, TB, joint pain, asthma and other fatal diseases. These women work alongside managing their families for shifts that stretch up to 12 to 14 hours a day for meager wages.

Home-based work, defined as non-professionals who perform market work from their homes, is an increasingly recognised form of employment in South Asia. The number of women workers in the informal sector is rising with each passing day. There are about 16 million women workers in Pakistan who are not recognised as workers under the labor laws of the country, though they have been playing an important role in the textile, garments, leather, bangles, sports goods, cottage industry, shoes industry and other important industries. As these workers are not within the ambit of the law, they are deprived of rights to social security, old-age benefits (EOBI), and collective bargaining.

While workers condition was already poor, it has been made worse because of the contract labour system introduced in industries to earn more profits. Despite the verdict of the Supreme Court of Pakistan against contract labour, industrialists are adamant to carry on with it. Workers are left at the mercy of market forces in violation of all labour laws and norms. These market rules are set by big corporations, multinational companies and international financial institutions.

“The policy for home-based workers which was approved in May 2017, has not been implemented yet. We demand its implementation and the law for home based workers which is under vetting process in Law Department for many months should be passed by the Sindh Assembly as soon as possible,” demanded activists working for the rights of labour during a press conference at Karachi Press Club on Monday.

Representative of DAC demanded that the law for HBWs must be approved immediately, as millions of women were employed as HMWs across the country.

HBWs need social protection coverage, EOBI and occupational health and safety measures, the government must bring them under social protection framework. “The transgender community also stands with HBWs and want the home based work to be introduced in their community so that the TGs may have decent livelihood and become economically empowered,” they said.