Violence and aggression: is it all monkey business?

We must re-examine how we perceive violence and aggression

I have always found it puzzling when people label violent criminals as ‘animals’. Why? Because to label violent individuals as non-human is to claim that violence is something separate from human nature. A brief glance at any history book shows us that this is simply not the case. A 430,000-year-old fractured human skull — showing clear signs of being repeatedly bludgeoned by the same blunt object — which was discovered in a cave in Spain, clearly shows that human beings were slaughtering each other long before they discovered agriculture.

We remained violent when we discovered that instead of relying on hunting and gathering — we could grow our own crops and raise our own cattle — and began settling into civilisations. In 2450 BC, the first recorded battle took place between Lagash and Umma — two city-states located within modern day Iraq. In 146 BC, Rome annihilated Carthage at the end of the Third Punic War. It is not clear how many Carthaginians the Romans killed, but historians have still called it history’s first genocide.

An estimated 50,000 Carthaginians were sold into slavery. By 1939, we had begun killing each other with unprecedented efficiency.50 to 80 million people were killed within a seven-year period during World War-II. Today we possess weapons that could wipe all life off of the face of the Earth. Taking this brutish history into account, how can we say that violence is not a part of our nature?

As such, perhaps we should re-examine how we perceive violence and aggression. Some would argue that animals are actually kinder than humans because they only behave violently when it is a question of survival. This isn’t the case either. Sadistic pleasure is not a phenomenon exclusive to humans. Orcas — one of the most intelligent species on the planet — enjoy smashing living seals against jagged rocks before devouring them.

According to marine biologists, there seems to be no apparent purpose for this disturbing practice other than the Orca’s amusement. They are merely ‘playing with their food’. Sometimes they aren’t even hungry and leave the seal (or its body) alone after using it as a squash ball. It is pertinent to note that Orcas are intelligent enough to know that seals are sentient beings who feel pain. Things take an even darker turn if we look at Orcas’ cuter and almost equally intelligent cousins, bottlenose dolphins. 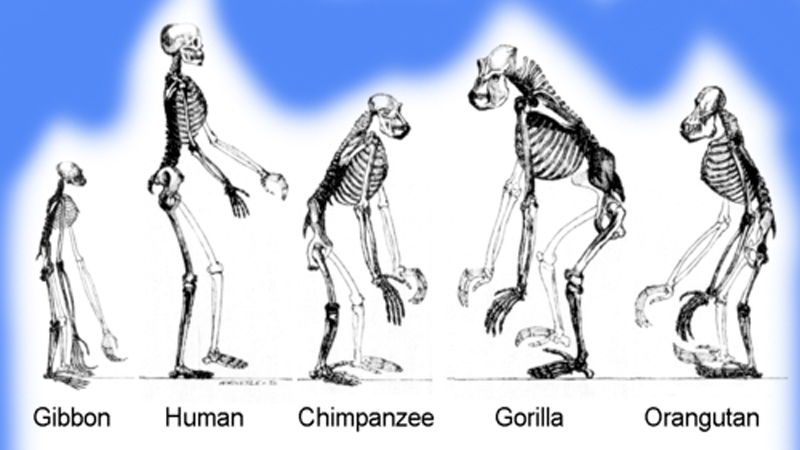 Despite the image they have gained because of Hollywood films portraying them as harmless, benign creatures; male bottlenose dolphins can be shockingly aggressive, often displaying behaviours found in delinquent men considered a menace to civilised human societies. They are known to form marauding gangs, subjecting other dolphins — male or female — as well as members of other species to rape.

They are also known to launch organised attacks on other dolphin groups, attacking and killing the group’s males to gain sexual access to their females. However, since homosexual and intraspecies rape also occurs, this phenomenon cannot simply be termed a survival mechanism to ensure that these males are able to pass on their genes. Sadistic pleasure cannot be ruled out as a factor. Such behaviour is fairly reminiscent of human men in conflict zones. Just take out some time to read about what Sikh and Muslim men did to the other community’s women during the partition of Punjab in 1947, and you’ll know what I’m talking about. In fact, throughout the vast majority of human history, soldiers from victorious armies have coercively extracted sexual services from the losing community’s women.

Our closest relatives in the animal kingdom — chimpanzees — with whom we share 99 percent of our DNA — are highly prone to violent and aggressive behaviour. In an interview that was aired in 1997, Jane Goodall — who is considered the world’s leading expert on the species for her 55 year-long studies of Chimpanzees in the Gombe Stream National Park in Tanzania — commented that seeing Chimpanzees at war made them seem even more like humans. It is important to note that the word being used here is ‘war’. Not ‘fight’ or ‘skirmish’. Indeed, the use of the word is justified.

The Gombe Chimpanzee war, also known as the ‘Four year Gombe war’, was an extended conflict in which the two belligerent parties inflicted terrible violence and suffering on one another for territorial gains. Their war strategy mainly involved groups of male chimps seeking out solitary males from the other group, and brutally pummelling, biting and scratching them to death.

We can become more self-aware by studying our animal friends — and perhaps here in this country, putting less emphasis on the idea of humans being Asharf-ul-Makhlookat

Even Goodall herself was traumatised by what she had observed. Prior to the Gombe war, she had described chimps as “rather nicer” than humans. Later she admitted what she had witnessed had given her nightmares. In her memoirs she wrote:

For several years I struggled to come to terms with this new knowledge. Often when I woke in the night, horrific pictures sprang unbidden to my mind — Satan (one of the apes), cupping his hand below Sniff’s chin to drink the blood that welled from a great wound on his face; old Rodolf, usually so benign, standing upright to hurl a four-pound rock at Godi’s prostrate body; Jomeo tearing a strip of skin from Dé’s thigh; Figan, charging and hitting, again and again, the stricken, quivering body of Goliath, one of his childhood heroes. …

Evolutionary biologists Martin Muller and Richard Wrangham give further insight into our fuzzy cousins through their study, Sexual Coercion in Primates and Humans. Its introduction states:

[M]ales in a number of primate species appear to use force, or the threat of force, to coerce unwilling females to mate with them… Although the utility of this distinction has been disputed, there is no doubt that sexual coercion is a potentially important mechanism of mating bias within the broad framework of sexual conflict theory.

Researchers have found three forms of sexual coercion and gendered violence that occur in human societies in chimps, Japanese macaques and baboons. These include sexual harassment, intimidation and forced copulation.

The most widely pervasive is harassment; which involves a male making repeated attempts to mate with a female until it starts imposing social costs on her. Intimidation refers to a male threatening a female with violence for refusing to mate. Forced copulation refers to restraining for immediate mating. All three types of these occur inmost human societies — including our own here in Pakistan.

A study of a17-year sample of behavioural and genetic data taken from Gombe national park found that high ranking males increased their chances of siring more offspring through sexually coercive behaviour. This strongly implies that coercion is an adaptive strategy in male chimpanzees’ sexual behaviour. Given the amount of genetic overlap between chimpanzees and human beings, perhaps it would be prudent to ask if the same is true for human males. It is definitely a frightening question.

We do, however, have another relative who is as genetically close to us as Chimpanzees, Bonobos. These hippies of the ape world also share 99 percent of their DNA with human beings, and like chimpanzees and humans, are descendants of a common ancestor. Violence and sexual coercion are far rarer in Bonobo societies than chimpanzee societies, though it needs to be pointed out here that Bonobos are much more promiscuous than Chimpanzees, and also bisexual.

They are also matriarchal, unlike Chimpanzees who are strictly patriarchal. It needs to be pointed out that this may be because sexual dimorphism is far less pronounced in Bonobos than in Chimpanzees. Does this mean that matriarchal social set-ups can reduce violence in human societies? Could it also mean that sexual violence against women is more likely in prudish societies such as our own?

It is this obliviousness that results in this darker side emerging and manifesting itself as barbaric, violent, tribal behaviours. We can become more self-aware by studying our animal friends — and perhaps here in this country, putting less emphasis on the idea of humans being Asharf-ul-Makhlookat. This is necessary if our fate is to transcend our biology. Next time you are caught up in a fit of rage, take a moment to imagine yourself as a monkey.

The writer is a staff member at Daily Times. He can be reached at wasayibrahim@gmail.com