Institutions must handle FATA with care 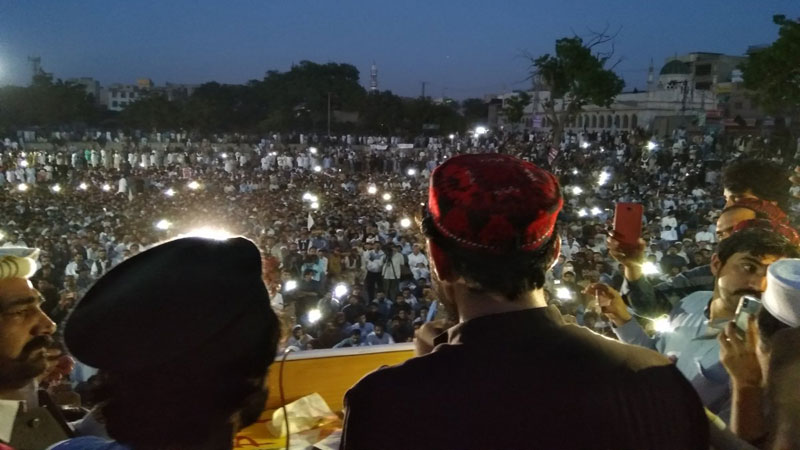 What if ex-prime minister Nawaz Sharif had the guts to take decisions which could have changed the fortune of the country? He had the chance, the mandate, and most importantly, he had the support of the masses.

However, what he dearly missed was the political wisdom which could have transformed him from a politician to a leader. Had he handled the FATA situation more thoughtfully, things might have been different.

If FATA would have been merged with Khyber-Pakhtunkhwa, most of the problems faced by the region and the country now would have been solved. Instead of addressing the issues of FATA residents, Nawaz Sharif opted to listen to the views of his allies, Maulana Fazlur Rehman and Mehmood Khan Achakzai.

What’s more amusing is that neither Achakzai has a single MP from FATA nor did he ever bother to visit the troubled area to understand problems of the people. Achakzai does not hold to right to comment on the situation since he is enjoying power in Balochistan.

It’s because of the weak policies of current and previous governments that FATA is in state of conundrum. The decades old ongoing war in the region has put lives of the tribal people in a miserable state. So much that it would take years for them to return to normality.

Thousands have been forced to flee their homes. Women are forced to live in camps, while the children are deprived of their right to education and development. Given the great sacrifices of the FATA residents since Pakistan’s independence, the country is and will always be indebted to the tribal people.

Despite all they have been forced to endure, the people of the region continue to take pride in being part of the country, and never once have they complained.

Zarb-e-Azb and Radul Fasad have broken the backbone of terrorist outfits in the country, but one should not be mistaken that we are still in a state of war and it’s our duty to support our armed forces in such hard times. But instead of supporting them, the initiation of rebellious movements have raised questions and that it is a worrying situation.

Although, I firmly believe that severe injustice has been done to the people of FATA, but that should not be used as a reason to start a rebellious movement (PTM) against the state. They should keep in mind that the FATA authorities are also to be blamed equally for this situation. However, I do believe there should be dialogue to convince the government to fulfill PTM’s legitimate demands over check posts, destroyed houses, compensations and the missing persons dilemma.

It’s high time for government and military leadership to realise that the only way to stop the rebellion is to give the people of FATA equal rights. A merger with KP is what the tribal people demand and the government should make no further delay in fulfilling it.

Although, it’s quite clear that some elements who do not want FATA’s merger with KPK have a clear agenda. If the merger happens, then KP region would expand. Thus, it is not what they want and the people with such agendas need to realise the long-term consequences. Also, the merger would be the end of Englishmen’s controversial Frontier Crimes Regulation (FCR).

It’s the duty of military to take action and clear the area while civil administration is the one who has to do the developmental work. It’s a fact that FATA’s civil administration does not have the ability to execute such plans. Governor KPK Iqbal Zafar Jhagra claims that billions of rupees of developmental work have been done in FATA, but the ground reality is totally different. If there had been some work done, there would not have been sense of deprivation.

There is still time for the authorities to straighten their path and accept the legitimate demands of the people of FATA and handle the PTM with care. Enemies of Pakistan do not want to see our country prosper and with CPEC on the cards to change the economic landscape of Pakistan, they will do anything to damage it.

Civil and military leaderships should accept the legitimate demands of Pashtun Tahafuz Movement (PTM) and provide the FATA residents their due rights otherwise, no one will be able to put the genie back in the bottle once it gets out of hand.

The views mentioned in the article are the author’s personal opinions and do not reflect the policy of the Daily Times.